“THE PATRIOT ACT IS THE ROOT OF THE PROBLEM” 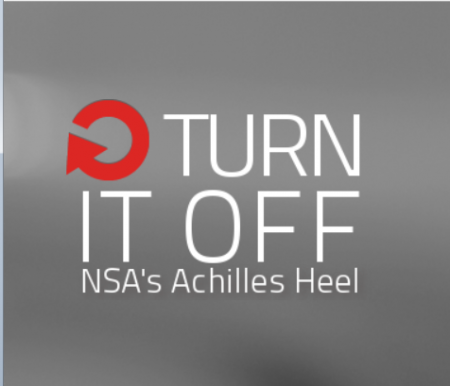 A joint letter released by the coalition outlines numerous concerns with the legislation, including ambiguous language that is open to abuse, the failure to include provisions specifically protecting the rights of Americans, and the reauthorization of key sections of the USA PATRIOT Act relating to intelligence gathering.

“As long as S. 2685 contains ambiguous language that can be abused by the Intelligence Community and lacks language that clearly protects innocent Americans, we believe that focusing on USA PATRIOT Act reauthorization next year, remedies in the courts, aggressive confirmation hearings for personnel, and defunding of Intelligence Agencies are more constructive paths forward.”

OffNow executive director Mike Maharrey said he thinks passage of the bill will lead people to believe Congress “fixed” NSA spying when it did no such thing.

“I’ve heard some senators and pundits saying the USA Freedom Act will ‘end dragnet spying.’ This is simply not true and we are in big trouble if this passes and the general public buys the lie,” he said. “Sen. Frank Church warned Congress about the NSA back in the 70s, and it has done nothing. I have no reason to believe it will start now.”

While some civil liberties organizations have expressed support for the Sen. Patrick Leahy’s version of the USA Freedom Act, a spokesperson for the coalition said the signatories feel the dangers posed by the bill outweigh the possible positives, especially considering wide-ranging interpretations of some of the language already circulating.

“We’re not saying that anyone’s interpretations are wrong, just that this bill can be interpreted in numerous different ways, which has previously proven to be a major problem. So, the problem is not just that the bill fails to stop many kinds of abuses, but that it can be interpreted as actually authorizing more aggressive spying on us than before.  If civil liberties groups disagree on the interpretation of this bill, imagine what the NSA’s interpretations will look like,” Internet culture leader and community Internet pioneer Sascha Meinrath said.

The coalition also expressed grave reservations about reauthorizing provisions of the Patriot Act for two years.

“In many ways, the Patriot Act is the root of the problem. It created the framework for today’s unwarranted spying and rampant violations of basic privacy rights. Trying to reform the NSA while simply extending these provisions in the Patriot Act for two more years with no debate is a little like slapping a Band-Aid over an amputation,” coalition spokesperson Brian Sonenstein said.

Klein blew the whistle on NSA surveillance conducted by AT&T nearly a decade ago.

“The bill tinkers around the edges of the phone call records collection while leaving untouched the core of these surveillance programs: the vast, unconstitutional dragnet collection of internet data which I helped expose,” Klein said. “To top it off, the bill now includes the renewal of the Patriot Act, thereby institutionalizing the entire monstrous apparatus.”