“THREE WORDS I WANT TO HEAR” 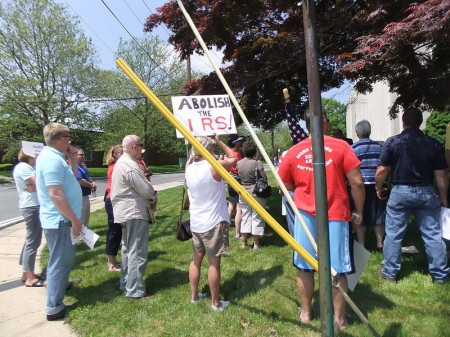 (May 21, 2014) — If you’re into “political correctness,” don’t read a word further because all you’re going to do is end up giving yourself high blood pressure, indigestion and risk a heart attack. On the other hand, forget what I just wrote.

For those of you who are still alive, imagine you are the (very) proud owner of a company that you built up from scratch. You may or may not have borrowed the seed money, but no matter where the start-up money came from, your company is debt-free because you are either a capitalist pig or a responsible and savvy business owner who takes the responsibilities to your family and your employees seriously, some of whom have been with you from Day 1.

Through the years you have had to “let people go” because of every reason under the sun, including incompetence, poor work ethics (which covers everything from theft and showing up late or else just not showing up), and false information discovered on the application and/or résumé. The end result of weeding out “not-up-to-par” employees is that your company is making money and, because your company is successful, you are astute enough to share the wealth by distributing gifts to your employees in the form of graduation presents to their kids; buying gifts on their wedding anniversaries; or for the employees coming up with a better idea on anything to do with the company. You like them for not costing you diminished profits and they like you for their paycheck. As I’ve said, it’s a successful going concern for both parties.

Now think of yourself as the part owner of a country that has the ability to be either financially successful or perpetually in debt: year after year just paying off the interest, never diminishing the principal, just as a lot of Americans are never paying off their credit card debt. Guess what? You are part owner of a country, and the “National Debt” (read “National Fleece”) affects you DIRECTLY. That’s right:  your life is proportionally poorer because your country is poorer; the country is in debt because your politicians don’t care about, what, besides getting reelected? Look, if your politicians really cared about your country (rather than just giving lip service), we wouldn’t be 17+ trillion dollars in debt, nor would we have any “immigration problem” because we wouldn’t have allowed Muslims to be here in the first place, or illegal immigrants if the government employees would do their job; AND all of the lying, incompetent government employees WOULD’VE BEEN FIRED (Lois Lerner, anyone?). How about jailing DOJ, IRS and VA employees who’ve lied?

Just stating the obvious: abolish the IRS and have a national sales tax, a fair tax; abolish the Department of Homeland Security, otherwise known as the “Muslim relocating Agency: ‘We’ll find a home for you, give you Food Stamps and even acquire the permits for a Mosque for you!  Welcome. Soon you’ll be able to do your Sharia nonsense everywhere in America!’” and abolish Obamacare.

There are just three words I want to hear, and hear often, every day, for the 2014 elections and for the presidential election in 2016: ABOLISH, DEPORT and JAIL.

4 Responses to "Abolish, Deport and Jail"