(Apr. 30, 2014) — Through a mutual acquaintance, The Post & Email was recently able to secure an exclusive interview with Viscount Christopher Monckton of Brenchley, who since 1974 has held positions as a journalist, editor, speech-writer, climate change expert, business consultant, public speaker, and infectious disease researcher.  From 1982 to 1986, Lord Monckton was former chief policy adviser to the then-Prime Minister Margaret Thatcher.

Lord Monckton is a weekly columnist at WorldNetDaily and has spoken in the United States publicly on the questions surrounding the long-form birth certificate image posted on the White House website on April 27, 2011, among other subjects.

Directly after it was made public, the image was denounced as a forgery by graphics experts, and later, by a criminal investigative team following six months of research.

On May 30, 2012, Lord Monckton gave a one-hour presentation to the Ventura County, CA Tea Party in Moorpark, CA, wherein he disclosed that he had commissioned a document analyst to examine the birth certificate image already declared a “computer-generated forgery” by the Maricopa County, AZ Cold Case Posse at a formal press conference on March 1, 2012.  The posse also detailed how they had concluded that Obama’s Selective Service registration form is fraudulent.

Monckton reported that his forensic expert found that the “lineup” of characters which should have been present on an authentic 1961 document produced on a manual typewriter of the era was not present in the image posted on the White House website.  He illustrated how specific characters were “misplaced” and that the “vertical alignment” showed that the document was “assembled” electronically, not typed on a government form in 1961.

Lord Monckton’s presentation to the tea party group was sponsored by Article II SuperPAC, ObamaBallotChallenge.com (now defunct), and the Ventura County Tea Party.  It was posted on YouTube in four segments, which can be viewed here:

Monckton’s experts concluded that nine or ten layers were created when the forger used Adobe Illustrator to craft the image.  He stated that if the document had been authentic, “scanning alone would have been enough” to upload it to the White House website.  He explained that “a series of layers,” such as that which his experts found in the Obama birth certificate image, could occur “only by deliberate manipulation of the data.”  “The document was fabricated piece by piece,” Monckton told the Tea Party members.

Regarding ways in which the truth about the origins of the image could be uncovered, Monckton predicted that a legal action in Alabama would be conducted which could include an “unpublished opinion” rendered by Alabama Supreme Court Justice Tom Parker, who had written that grounds for “concern” over the questionable image warranted further investigation of its authenticity.

Parker was one of two dissenting justices to the decision in the case filed in Alabama by Atty. Larry Klayman in 2012 claiming that then-Alabama Secretary of State Beth Chapman had not performed her constitutional duty to properly vet presidential candidates for the 2012 election.  Included as evidence was a 52-page sworn affidavit from Mike Zullo, lead investigator of the Cold Case Posse, which contained more than 200 points indicating fraud, forgery and Hawaii’s lax requirements for the issuance of a birth certificate.

Monckton also stated that a defendant in a criminal case would have standing to challenge any law which Obama had signed, such as the 2012 NDAA bill, and ask for a forensic examination of Obama’s birth certificate in the discovery phase.

Regarding Obama’s possible usurpation of the presidency, Monckton told the group, “I do not want to see your country damaged.  You really cannot simply ignore your own Constitution.”

Despite having been presented with “Sheriff’s Kits” containing a presentation given by Zullo last year explaining the posse’s findings of forgery in both documents, members of Congress have continued to stonewall, dissemble, and issue false information to their constituents demanding answers. 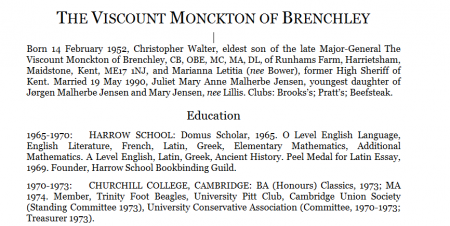 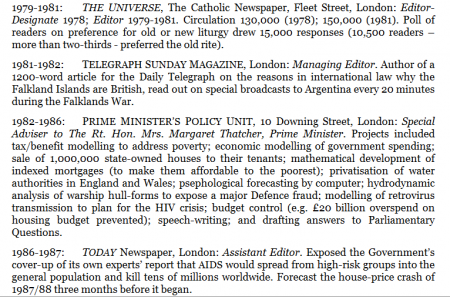 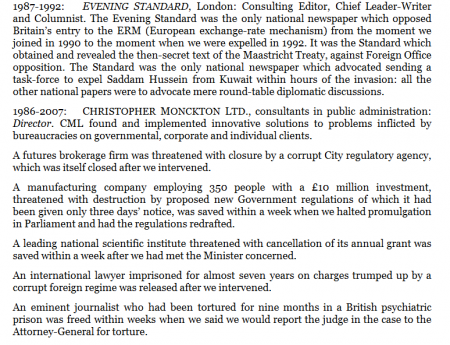 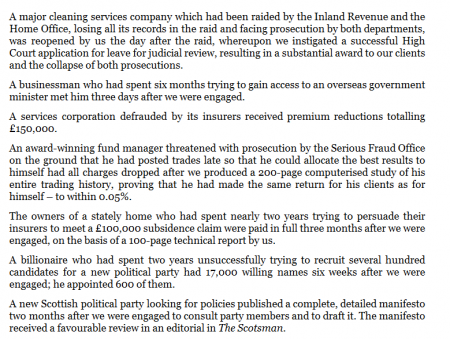 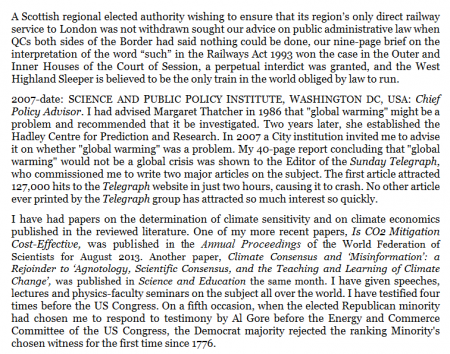 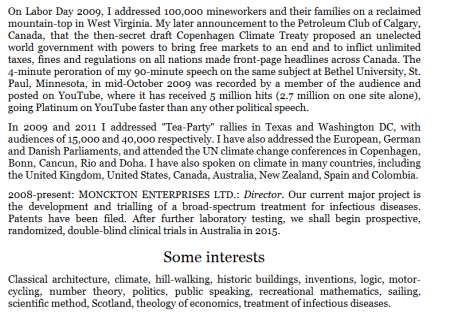 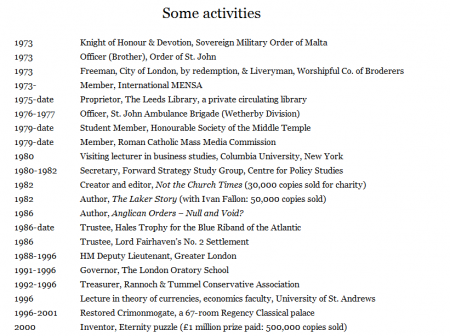 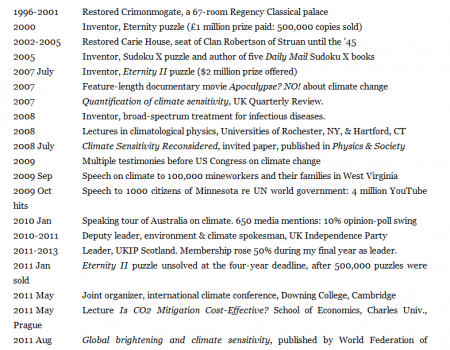 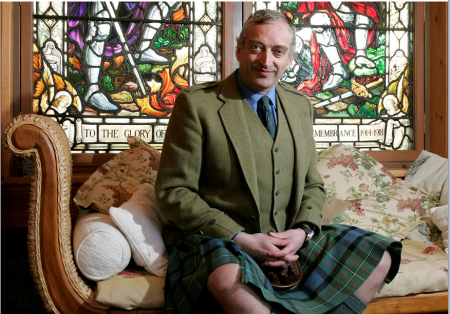 During his presentation to the Ventura County Tea Party, Monckton posed the question, “Is your president your president?” in reference to the  image posted on the White House website which many had declared a forgery.  He expressed doubt that Hawaii Deputy Attorney General Jill Nagamine’s contention that retrieving Obama’s alleged original birth record from the archives at the Hawaii Department of Health would “damage” it.  He added that he was fairly sure that he knew the identity of the person who created the birth certificate forgery.

Referring to Obama’s “Donald Duck birth certificate” in his WND column of December 31, 2013, Monckton stated that the Secret Service, Congress, and “hundreds of other relevant officials” had violated their oaths of office by failing to act on Obama’s illegitimacy.  He stated that members of Congress had not acted on the forgery because of their persistent fear “that the left will work night and day to trash the reputation of anyone who dares to question Mr. Obama’s legitimacy.”  “I know what it is like to be on the receiving end of artful lies told over and over again by a host of paid trolls and useful idiots,” Monckton wrote.

In the same column, Monckton revealed that Maricopa County Sheriff Joe Arpaio had “called in professional, full-time detectives to supplement the unpaid volunteers who have, until now, doggedly worked unrewarded and unthanked,” a fact confirmed by Zullo in a February 3, 2014 broadcast of Carl Gallups’ “Freedom Friday.”  Unexpectedly, Zullo announced that Arpaio was conducting a second criminal investigation which had uncovered that several of Obama’s “trolls,” as Monckton had called them, were employed at taxpayer expense at DARPA, a division of the Department of Defense.  DARPA is involved in developing robotics, psychological warfare techniques and other technical “defense” mechanisms.

Arpaio is expected to give a press conference in the near future which will reportedly contain information that is “beyond universe-shattering,” in Gallups’ words.  Various citizen initiatives have been heralding the upcoming presser through videos, radio shows, and print articles in an effort to inform the public of the enormity of the news to come.

Our interview with Lord Monckton is as follows, with questions numbered and in boldface and answers below each one.