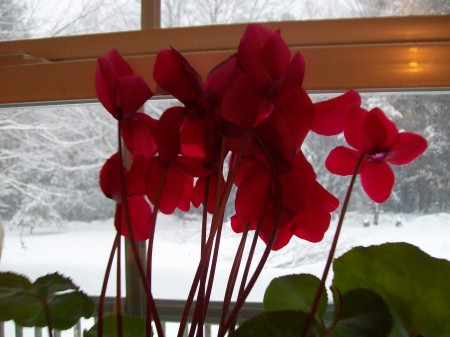 (Feb. 15, 2014) — Last summer, my cyclamen plant appeared dead.  Throughout the spring, the flowers had died one by one, with nothing sprouting up to replace them.  Resigned that the lovely house plant had breathed its last after five years in my home, I placed it outside so I wouldn’t have to think about how much I would miss it.

After a few weeks, though, a miracle seemed to occur as tiny stems began to poke through the soil as it sat alone on the deck.  I never used plant food or bought anything from a gardening store to feed it.

By late fall, the plant’s resurgence had been so great that it boasted full leaves and the promise of the return of its lovely flowers.  In early December, that promise was kept.

Now a blazing splash of color on the windowsill, the cyclamen continues to bloom with ever-increasing brightness as the snow howls outside and the temperature often drops to well below zero in one of the coldest winters on record in New England.

Despite its proximity to the raging storm and frozen terrain just outside the window, the cyclamen stands strong…as should we.

Because the cyclamen plant wasn’t dead after all.  And neither are we.  Neither is America, contrary to what some may think. 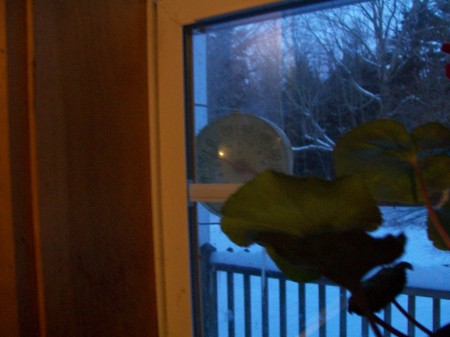 Because next month is March, which means a hint of spring, the annual awakening when the sun coaxes the crocuses and snowdrops out of their slumber.  A time when winter’s sharp winds fade to soft breezes.

And this March, hopefully, will bring so many more things…