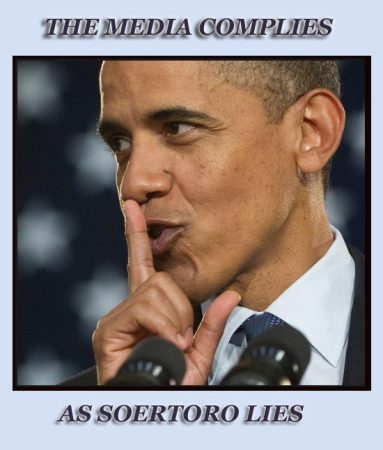 (Feb. 2, 2014) — As a result of this past week’s compilation of deception and lies, better known as the State of the Union Address, where the fabrication of man made global warming was added to the list of other falsehoods, we felt it was time to re-post this earlier article.  We have added a few things and edited others for clarity.  So even if you read this on the original posting, you might like to review it.

Carbon Dioxide is not a toxic or poisonous compound:
If it were, anyone drinking soda, beer or champagne would be dead or sick.  CO2 is as vital to all life on this planet as is oxygen.  Without CO2, plants and vegetation would not exist nor would the animals which feed on it.  Algae and plankton (parts of which are plant life) would not exist, nor would the fish and marine mammals which feed on them.

In fact, in experiments, when CO2 levels in controlled environments were doubled and tripled the amounts found in the atmosphere, vegetables, fruits and all vegetation grew larger and healthier than those subjected to (normal) levels.

CO2 is heavier and denser than oxygen by almost 4 times.  For that reason carbon dioxide exists at the highest percentage levels at or near sea level.  As a result, other gases such as ozone, hydrogen, nitrogen, oxygen and water vapor reside higher in the atmosphere and are much more likely to trap thermal temperatures, better known as the greenhouse effect.

It is a fact that CO2 in very high levels, within a sealed enclosure would displace oxygen and could therefore cause suffocation.  That person will not have been poisoned, he will simply have expired do to the lack of oxygen.  Far different from ozone, methane and carbon monoxide, which are truly toxic compounds.

Higher amounts of Co2, in any possible percentage, does not effect global temperature:

Actually it’s the converse. Global temperatures affect CO2 levels. Analyzing core samples have proven that CO2 percentages, spanning centuries, increase following rises in global temperature, not prior to it.  This one fact alone, the one the hoaxsters work most diligently to obscure, puts an end to the man made global warming charade.

CO2 has not risen significantly over the last 100 years of the industrial age:

At the turn of the 19th century CO2 levels were .0038% of the atmosphere. The latest global reading shows levels are now .0045%. That means, even if mankind was causing any significant rise in CO2 levels, which there is no proof of, it has risen just .0007% in well over a century.

Referencing the core samples above, CO2 levels, 100’s of years before humans could have had any effect on them, were as much as 2 and 3 times higher than the present, and global temperatures were many degrees lower.

If CO2 levels increased because of humans and if that rise created elevated global temperatures, which neither do, at the rate humans are supposedly rising CO2 levels and comparing the actual global temperature increase during the  .0007% rise in CO2, the danger to mankind’s existence would certainly not be imminent.

For example, during the 100 year period referred to in an above paragraph, global temperatures have increased by just under one degree. With none of that increase coming during the last 17 years. To put this into terms relative to a typical human life span, if the average temperature when you were born, and you are now 50 years old, was 68 degrees, you would now be sweltering in an unbearable 68 1/2  degrees.  And if you lived to be 100, you would have to endure as much as 69 degrees.

Or to put it another way, if humans were the factor in CO2 increases, and at the rate we have been accused of increasing it, it would take 1,425 years to increase CO2 levels by just 1%.  (Note: There is no proof man is responsible for this latest rise.  We are using their numbers simply to show the absurdity.)

Man’s contribution to CO2:
Still supposing the CO2 humans are putting into the atmosphere is actually contributing to global warming, we have prepared some very interesting calculations.  This is where running the numbers gets to be fun. Unless of course if facts, calculations and common sense get in the way of emotionally driven ideology.

During any given point in a year there is an approximated 186 billion tons of Co2 on the earth. These estimated totals include accumulated CO2 in the land, sea and air. Incorporating the data the hoaxsters love to quote, …..“humans and human activity contribute 6 billion tons annually to the planet’s Carbon Dioxide totals”, by running the numbers we come up with some very interesting facts.

Keeping in mind we are using estimates provided by the leftist group known as The Sierra Club and taking into account the agenda they have, it’s not difficult to imagine they just may have jacked up their estimates.   Those of their ilk have been known to manipulate data and write computer programs to produce predetermined results.  Be that as it may, we used their data and have come up with these results.

Here is some math:
6 billion tons divided by 186 billion tons = .032
Which means, during any one year period man’s contribution to CO2 levels is  .032

Now, let’s say we are really concerned about cutting back on the “human carbon footprint”, here is a game plan to save the planet.  Suppose…..

What do these numbers mean?  Two things.  The first thing it proves, is if half of mankind and everything associated with it were removed from existence, the amount of CO2 would be reduced by .00126%.

The second thing it proves is man-made global warming is nothing more than hoax and a sinister scheme to confiscate from the productive, skim off huge amounts and then distribute the stolen wealth to those who have not earned it.

Polar ice and sea levels:
Let’s run the numbers on some of these global warming alarms.

A.  We have been told that 12 cubic miles of Greenland’s ice is melting away every year and that will cause the sea levels to rise by 24 feet.  Algore has warned, by the winter of 2014, there would be no ice on the north pole.  Since that breathlessly proffered prognostication has not exactly come to fruition as the northern hemisphere is suffering the coldest winter in over 100 years, they needed a new explanation to explain the falsity of the old one.  Enter, the Polar Vortex. This, according to them, explains how global warming is forcing warm air up to the pole and the result is that frigid weather is being forced south.  There you have it, global warming is causing global freezing. No word from Algore as to how a 2014 no ice covered north pole is able to freeze the entire northern hemisphere.  But he’s working on it.

Now, back to the sea levels.  Let’s run a few more numbers.  Greenland, at last estimate, has 604,800 cubic miles of ice. If, as they say, 12 cubic miles are melting every year, get your row boats ready, because at that rate it will take 50,400 years before it’s all melted.  A bit deeper into the future than 2014.  One can never prepare too early so you may want to consider selling your beach front property, just to be safe, in say 25,000 years or so.

B.  Of course, typical with most information the warming hoaxsters pretend to have calculated, this 24 foot rise is also much exaggerated.  We have done real and complete calculations based upon the world’s connected waterways. Calculating the density of ice as compared to water and the total ice mass of the entire northern hemisphere.  What we found was the sea levels would rise just under 11 feet, but only after more than 2,500 generations, if it continued to melt at the rate they claim.  Which we see now, darn it, is just not happening.

Here is the basis, without showing all the calculations here, which you can do yourself or see ours upon request. There are 150,826,300 square miles of connected sea level bodies of water on this earth.  If every single particle of ice, in the entire northern hemisphere were to melt, the sea levels would rise just 19 feet.  This takes into account that large percentages of northern ice are incorporated in the oceans and seas.  Water volume increases by about 20% when frozen.  A large percentage of all melting ice resides in the oceans and seas and the volume would actually decrease where that is so. Those areas would actually see a negative rise in sea levels.

A little about what really causes global warming.
Hint, it’s a big hot ball in the sky.
As we have shown, CO2 plays no role in planetary heating.  So what does?

Our planet is kept warm or cold by three major natural phenomenons.
A. The Sun
B. Ozone
c. H2o (Water or more precisely, water vapor)

When the sun shines, it not only creates thermal heat which reaches the earth, but more importantly, solar particles crash into the oxygen in the upper atmosphere and creates Ozone. These solar particles vary in intensity as a result of sun activity known as solar flares.  The more active the solar flares, the more intense the particle collisions and the more Ozone is created.  Less solar activity, less Ozone.  Less Ozone = a cooler earth, more Ozone = a warmer earth.

Ozone is very toxic to humans as well as viruses and bacteria, better know as germs.  It also has a very short life span as it breaks down into other elements less than 14 days after it’s created.   Because of it’s ability to kill germs and it’s property of quick dissipation, hospitals and industry use it to disinfect entire operating rooms, laboratories  and buildings.

Bad news for man made global warming pirates:
The sun has fairly consistent cycles of solar flare activity with long and short periods of more and less activity.  The sun has been moving towards a less active period for several years now, and if patterns of the past continue, many years of less active solar flares are ahead.  Which in simple terms means, it’s going to get cold.

As we continue to cool, as we have been doing for several years, you will need to decide if it’s the Polar Vortex or the lack of a Solar Vortex.