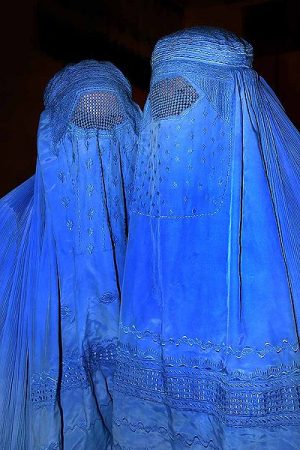 (Jun. 8, 2013) — The gulf between the disconnect of Islam from the rest of humanity grows wider by the day, by the hour. Just when a Western Civilized mind thinks that they’ve found the end of the depravity, that they surely can’t get any more crazier than they are, they can, and they do.

The other week in London, a couple of crazed Somalia Muslims ran down a young man, a husband and father of a two- year-old son, a drummer in the army, and while he lay on the sidewalk injured, murdered him with butcher knives, in broad daylight, for a perceived “payback” of Taliban Muslims being killed in Afghanistan. The mindset first, to run down a pedestrian, and two, to murder him with knives and cleaver; three, to take the time and make the effort to decapitate him, four, to blame their mental sickness (Islam) on English soldiers making the world safe for humanity by killing “just as insane” people thousands of miles away, stretches credibility to way beyond the breaking point.

But we’ve seen this before, haven’t we? The exact same insanity in our very own Ft. Hood mass murderer. His sorry excuse to murder 13 and maim 28 was some kind of “saving the Taliban” from these Americans.

The psychos who flew the planes.

Israel, a gem of a country surrounded by millions of barbarian savages, a land of Freedom where women can be doctors and treat men, where there are women professors who teach males, where women can dress as they please and go where they please. Israel, where women can marry whomever they choose to, or not. Israel, green fields and green groves, harvesting crops exported around the world. Israel, cutting-edge technology and multiple Nobel Prize.

Now compare the above with ALL the surrounding countries and what do you see? Envy, sloth, certainly no hospitals you’d want to go to if sick. Given a choice of hospitals for your open heart surgery, do you choose Tel Aviv or Cairo, Damascus or ANY OTHER Muslim city, anywhere in the world?

If Muslims would stay in their own country and kill each other, bury their 16-year-old daughter alive for “looking at boys” as an “honor killing,” fine and dandy for them. We can’t be responsible to spread mental health to everyone around the world. We can help those who want help, but we can’t allow these Muslims who want to spread their Sharia nonsense beyond their borders.

Girls caught wearing fingernail polish get their fingernails pulled out with pliers for becoming “too Westernized.” Girls wearing Western dress are murdered. Musical instruments are smashed. Want to walk your dog or take your dog for a ride in your car? They “arrest” your dog.  And then they arrest you for trying to become “Westernized.”

There’s absolutely no end to the insanity, and there’s a DOJ employee in Tennessee who is pushing for the above information to be kept secret, to not see the light of day, to keep people in the dark when it comes to the Truth about Islam. Our government, from Obama on down to DOJ lackeys such as Bill Killian of the Knoxville office, are trying their best to destroy our Constitution and, by proxy, our country.

Don’t just believe in the Second Amendment; live it.

One Response to "TRUTH: Sharia = Insanity"