Carl Gallups and Mike Zullo recently went to CPAC 2013 and Capitol Hill to begin to move the case forward to federal investigation levels. “Following is just the beginning. There may be much more to come  – very soon.” Carl Gallups said.

Carl Gallups – “By the time this matter is over there will be media sources, major media personalities and certain government officials who will appear to be awfully inept. It is a shame they did not deal with this previously and properly when they had the opportunity to do so. As things continue to move forward, perhaps they will jump on board and do their constitutional due diligence.”

Mike Zullo, lead investigator, for the Sheriff Arpaio Cold Case Posse Obama Fraud case has revealed to PPSIMMONS News that he will be a featured speaker at the Constitutional Sheriffs and Peace Officers Association Convention St. Charles, Missouri – this coming weekend, May 31-June 1. Hundreds of Constitutional law enforcement officers from around the country will be in attendance as well as U.S. Congressmen.

This event is open to the public but will also contain breakout sessions designed only for sworn constitutional law enforcement officials. Mike Zullo will be a featured speaker at the public session where he says he will do a full public presentation of the CCP Obama Fraud case.

Zullo said, “This public presentation will contain no new information concerning the case. However, the public presentation will be monumentally important. Because of the overall mainstream media news blackout there will be many there who will hear this important information and criminal evidence for the very first time. We are certain that once they hear the information from this 15-month criminal investigation, they will be deeply concerned.”   Download the 207-point affidavit prepared by CCP Mike Zullo for the Alabama Supreme Court Case regarding Obama’s Alabama ballot eligibility case.Zullo – Featured Speaker at FULL CRIMINAL DISCLOSURE Conference 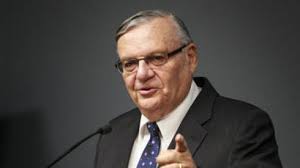 However, Mike Zullo informed us that he also will  be the featured speaker at two different 2-hour breakout sessions designed for law enforcement and congressmen only. Concerning these breakout sessions Mike Zullo said, “We will have official credential checks at the door. No one will be admitted except duly credentialed law enforcement officials and U.S. Congressmen. At this session, I will, upon the authority of Sheriff Joe Arpaio, be presenting the entire criminal case that we have in this matter. Never-before-seen evidence and information will be presented to these in attendance. We will be asking these attendees to support our efforts to move this entire matter forward to a full congressional investigation.”

Lately, this conference of the Constitutional Sheriffs and Peace Officers Association has been touted in various news outlets as a meeting of constitutional law enforcement officers who are highly concerned with the restoration of our constitutional republic and liberties they feel have been greatly eroded in the past several years in particular.

Mike Zullo stressed, “I want to be clear. This conference is monumentally important to the CCP Obama Fraud Case. However, this particular conference and the potentially powerful outcomes of its presentation is not the only line of approach in which we are currently engaged. We have other people looking at this – very important people. We have other plans of action, currently in the works, in moving the case forward to a full federal investigation. All of these plans, including this conference have been the direct or indirect result of my trip to CPAC and to Capitol Hill with Carl Gallups earlier this year.”

Zullo went on to explain, “This conference could prove to be hugely important – but it only came about relatively recently. We were in the process of moving forward in very constructive ways before we had this conference opportunity. We are, however, extremely grateful for the opportunity to make this connection and these presentations. These are some of the people who have the constitutional authority and connections to make things happen in this case. We tried to give the mainstream media the opportunity to do their jobs in two different publicly announced press releases over the last couple of years. The media ignored the information of a credible criminal case. Now we will take investigation information to other sources.”
Congressman Steve Stockman to be Keynote speaker and in attendance at Zullo presentations

U.S. Representative, Steve Stockman, from Texas is scheduled to be the Keynote Speaker on Friday evening of the conference. By the time Stockman speaks, he will have heard Zullo’s CCP presentation. 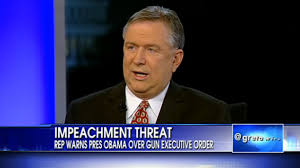 Inside Convention sources have revealed to PPSIMMONS News that this year’s conference is already swelling to record level attendance. Hundreds more than expected are already signing up to come.

Carl Gallups explained, “I have served as a Deputy Sheriff in two different Florida Sheriff’s Offices. I know that Sheriffs are Constitutional law enforcement officers with a lot of power and tons of powerful connections. There are thousands of these law men all over the United States. Many of them are beginning to go on record as being very concerned with the turn our nation is taking in several unconstitutional ways. If any group of people can turn that tide of public opinion and public influence – it is a group of hundreds, and perhaps thousands, of United States Sheriffs. Mike and I are thrilled with this most recent opportunity to share what the CCP has known for almost two years now.”

Mike Zullo will make a live call-in presentation to FREEDOM FRIDAY WITH CARL GALLUPS on tomorrow’s (May 31) show at 4:30 pm Central Time. He will give us the very latest in the conference updates and in various other matters concerning the ongoing criminal investigation in the Obama Fraud Case.

Prior to Zullo’s appearance on FREEDOM FRIDAY – Investigator Don Jeffrey of the CCP will be making a full Obama Social Security Number Fraud presentation  – live on Carl’s show. His appearance will be from 4-4:30 pm Central Time.

Listen Live links to the show are below:

Podcasts of the show will be available by noon on Saturday (June1) at the following link:

You can listen to Freedom Friday With Carl Gallups and ALL the 1330 WEBY AM – Northwest Florida’s Talk Radio programming on the TUNEINRADIO APP on your smartphone.