WHY DO TAXPAYERS HAVE TO SUBSIDIZE THIS?  WHY DO ENVIRONMENTALISTS GIVE IT A FREE PASS? 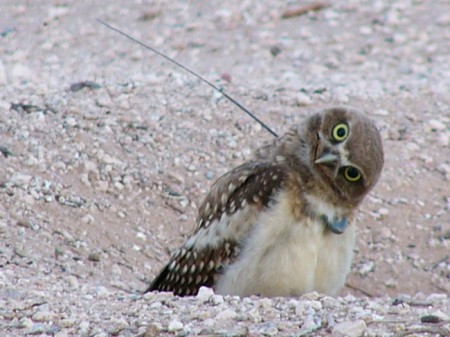 (May 20, 2013) — It uses tons of fossil fuels every day, emits a greenhouse gas that’s like CO2 on steroids, can’t do the job it’s made for, costs taxpayers exorbitant fees, and makes the federal government look mentally ill for giving it outrageous subsidies. It also chops up birds, bats and scenery with roads and monstrous 400-foot-tall machines. “It” is wind power, of course.

These harsh facts were condensed into a preliminary draft study of wind subsidies by researcher Teresa Platt, who circulated it to specialists for vetting. I obtained a copy of the extensively footnoted working draft, which gave chilling reality to the truth behind wind industry claims.

“Every year since the 1980s,” Platt’s study said, “the 5,000 turbines at NextEra’s Altamont Pass in California kill thousands of slow-reproducing red-tailed hawks, burrowing owls, kestrels, as well as iconic golden eagles, and bats.” The birds Platt mentions are raptors – birds of prey – particularly valued for their agricultural role in killing mice and other crop-damaging rodents. Eagles, both golden eagles and bald eagles, have long impressed Americans for their majesty, and the bald eagle was selected by our Founding Fathers as our national emblem.

I asked Bob Johns, spokesman for the American Bird Conservancy, about wind farm eagle mortality. He confirmed Platt’s study and told me the Altamont operation alone has killed more than 2,000 golden eagles. But that’s not all. “Nationwide, the wind industry kills thousands of golden eagles without prosecution,” Johns said, “while any other American citizen even possessing eagle parts such as feathers would face huge fines and prison time.”

Huge is right. Violate either the Migratory Bird Treaty Act or the Eagle Protection Act, and you could get fined up to $250,000 or get two years imprisonment.

Not a single wind farm operator has yet been prosecuted for killing birds, yet in 2009 ExxonMobil got whacked with a $600,000 fine for killing 85 common ducks and other birds that flew into uncovered tanks on its property. Other similarly outrageous revenge-style penalties have been assessed on oil companies by the viciously ideological anti-fossil fuel Obama administration.

So Big Oil clearly doesn’t have an Obama Big Wind Get Out of Jail Free card. This unaccounted wind industry bird-killer subsidy reveals a federal multiple personality disorder that must be cured.

Domestic oil and gas production is setting records – thanks to fracking on state and private lands, despite efforts by Obama, Cuomo, Brown and environmentalist lunatic groups to slow or stop it, and despite Obama and Comrades continuing to shut down ANWR, OCS and other federal drilling opportunities.

We could totally end reliance on Middle East oil, if we would drill more here and permit Keystone XL pipeline. Instead, Obama is still pushing wind and solar, and working with “green” industry to minimize or conceal impacts, while subsidizing renewable energy to the tune of $11.4 million per permanent job.

The U.S. Fish and Wildlife Service hedges its annual windmill bird death estimates at between 100,000 to 444,000 dead birds. That smells like political appointees and staff biologists had both insisted on publishing their numbers – and too many staff biologists promote Big Wind, don’t want bird butchery to hurt Big Wind’s “eco-friendly” image, and don’t want to cross swords with subsidy-hungry politicians.

This body count issue has become a genuine data war, with experts hurling “my data are better than your data” cudgels at each other in the press and scientific literature. For example,a 2013 report by K. Shawn Smallwood estimates that in the U.S. in 2012, some 573,000 birds (including 83,000 raptors) were killed by wind turbines, at a rate of 11 birds per MW of installed capacity.

California raptor specialist and Berkeley-trained wildlife biologist. I asked Wiegand what the real number was. “At least 2 million birds per year,” he told me, “and I wouldn’t be a bit surprised if over 10 million birds were killed each year by wind turbines.”

Wiegand is an on-the-ground, count-the-corpses type of wildlife biologist who does not take anyone’s word for the facts – a basic requirement of real science. Wiegand’s motto could be “Go and look.”

Therein lies Wiegand’s most potent argument for the Smallwood study’s underestimation: The wind industry has adopted bird-death counting standards that limit counts, so the results look lower than reality: Counters go and look only every 30 to 90 days – letting scavengers remove and devour large numbers of dead birds, artificially lowering the body count. Counters examine only a very small footprint around the windmill tower base – artificially lowering body counts. Rotor blade tips can be whirling at 200 miles per hour, enough to whack an unfortunate bird “out of the ball park” – far beyond the little counting circle, out where nobody looks, artificially lowering body counts even more. Some critics accuse counters of simply burying some troublesome corpses – the old “slice, shovel and shut up” routine.

The wind power industry must also share responsibility for bird deaths caused by super-long high-tension lines from distant turbines to cities. A 2007 report estimated the number of such mortality due to collisions on the wing to be at least 130 million, possibly as high a 1 billion, birds per year.

And these numbers are just for birds. We don’t often think about bat benefits, but the U.S. Geological Survey estimates bats are worth $74 in pest control costs per acre – and windmills may have killed more than 3 million bats by last year. A small bat eats about 680,000 insects a year, so 3 million dead bats means 2 billion mosquitoes and other insects that shouldn’t be here are still flying around.

Those numbers are likely way too low, as well. Windmill-caused bat mortality statistics, like bird death numbers, are hotly contested with estimates running into the multi-millions every year.

Wind is usually touted as using no fuel, particularly no fossil fuel. That’s a clever deception. Windmills don’t work when it’s too hot or too cold, or when the wind blows too hard or not at all. So they need a backup, which is usually a coal- or oil- or gas-fired power plant.

Then there’s SF6, sulfur hexafluoride, the most potent greenhouse gas evaluated by the U.N. Intergovernmental Panel on Climate Change, with a global warming potential 22,800 times that of CO2. It’s used to insulate equipment inside wind turbines, their related infrastructure and transmission lines. It may leak during installation or maintenance. or from damaged, aging or destroyed equipment.

Speaking of which, the average service life of a windmill is between 10 and 15 years – not the 20 to 25 years claimed by turbine operators, says a 2012 study by Britain’s Renewable Energy Foundation.

Falmouth, Massachusetts has the right idea. The town voted 110-91 to remove its two 400-foot industrial wind turbines for health and nuisance reasons. The only problem is paying the $15 million price tag for removal. They need to borrow $8 million to get the job done.

Columnist Ron Arnold is executive vice president of the Center for the Defense of Free Enterprise. Portions of this report appeared originally in the Washington Examiner and are used by permission.