FOR HIS “FEARLESS APPROACH TO VOICING KEY ISSUES”

(May 17, 2013) — Newsmax.com is reporting that former Florida Rep. Allen West will join Fox News as a contributor. Apparently the news channel made the announcement yesterday.

“Representative West’s congressional and military experience along with his fearless approach to voicing key issues will provide a valuable point of view to the Fox News lineup,” Bill Shine, the network’s executive vice president of programming, said in a statement.

Interestingly, he is cited as being brought on board Fox News for his “fearless approach to voicing key issues.” In reality, Mike Zullo, lead investigator of the Sheriff Joe Arpaio Cold Case Posse and Carl Gallups, founder of PPSIMMONS News and Ministry and host of Freedom Friday With Carl Gallups radio found a very different Allen West when they spoke with him at this year’s CPAC just outside Washington D.C.

Below is an excerpt from the exclusive PPSIMMONS story on West’s political expedient hypocrisy.

We believe this is yet another example of why so many believe that Fox News is becoming more and more irrelevant. Public Policy Polling recently (February 2013) found Fox News to be the “least trusted” network.

Dear PPSIMMONS readers, I have been asked many times about our encounter with Lt. Col. Allen West at CPAC. I have been asked if he really declined to help Lt. Zullo and I move this criminal investigation forward. Yes, that is true. That was his response, and of course, he was free to make that response. I still hold out some hope that he might change his mind. I am not holding my breath in the matter, however.

Following is my account of what happened with Lt. Col. Allen West at CPAC.  (MAKE CERTAIN you see the hypocrisy, in light of this article, which appears on Col. West’s website below!) 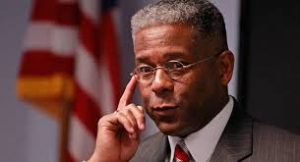 Lt. Mike Zullo and I spoke to Allen West  the first night on the evening before CPAC. We were at dinner and Col. West walked right by our table. He had a small group with him. He stopped to talk to someone at the table next to us. After he finished, we introduced ourselves. He said he knew of the Arpaio investigation and Lt. Zullo and would be glad to meet with us for a few moments to discuss the evidence we had. His secretary, who was with him, gave us an email and told us to remind her and she would set an appointment time. We sent the email. The appointment from Col. West’s office was never made.

By the next evening we had still not heard back from him. That night, I approached him at a CPAC VIP dinner. He was preparing to be seated just a few tables from us. I politely reminded him of his promise to us. I told him that we had not heard from him yet. He told me that we should “stop by his display table tomorrow.” I felt then that he had no intention of meeting us privately.
The next day, Lt. Zullo was able to find Col. West in the crowd. Lt. Zullo asked Col. West to give him five minutes of his time. Col. West gave it to him. Lt. Zullo told him of the 100% solid evidence he had of a forged and fabricated document and the legal ramifications and possible national security issues of the matter. The bottom line of that conversation was that West told Lt. Zullo (after hearing and acknowledging the evidence of the case) that he couldn’t get involved in it because he might have future political aspirations – he couldn’t afford to be associated with the case. Lt. Zullo assured him this was NOT a birther issue – this was a proven criminal forgery and fabrication of identifying document issue. He assured Col. West that he would be backed up by a full and professional criminal investigation. Lt. Zullo asked Col. West if he could at least help us to open other doors with other VIPS.  Col. West reaffirmed that he had no interest in helping us. 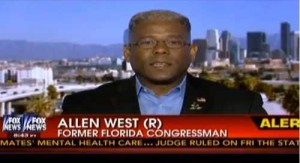