by Neil B. Turner, ©2013, Founder, Citizens for the Constitution

The answers to these and hundreds of other like-minded stupid (yes, STUPID) ‘rhetorical questions’ (FAQ’s) are obvious:

The person who is known as Obama/Soetoro/Soebarkah/AKA??? is:

Forget about the FAQ’s. No, the real questions are the Frequently Unanswered Questions (FUQ’s):

Since the media, conservative and liberal alike, only ask the rhetorical questions, while continuously paying homage to and legitimizing the usurper, thereby perpetuating these acts of treason, then it becomes obvious that it is the MEDIA, CONSERVATIVE and LIBERAL ALIKE, who are just as much responsible for the imminent demise of our Constitutional Republic.

From Glenn Beck to Brian Williams, from Sean Hannity to Chris Matthews, from Michelle Malkin to Rachael Maddow, from Bill ‘I Saw the Birth Certificate’ O’Reilly to Bill Maher, from Ann Coulter to Arianna Huffington, from Mark Levin, Lou Dobbs & Judge Napolitano to Juan Williams, Alan Colmes, & Matt Lauer – all have become like blithering idiots when it comes to the real question of

NOTE:  Just two weeks ago, even Glenn Beck, the most dedicated, vociferous and effective exposer of the acts of Treason by Obama and his thugs, publicly stated on TheBLAZETV: “I have been called a ‘Birther’. Even though I’ve exposed the ‘Birther Nonsense’ over and over again. But it just doesn’t matter.”

I’ll tell you what doesn’t make sense. It’s that kind of blithering insanity of dismissing the number one crime of Obama (forged ID’s and a self-published stolen SS#042-68-4425 that fails E-Verify) as ‘Birther Nonsense’.  When such an intelligent and dedicated seeker of the TRUTH (The Truth Starts Here) as Glenn Beck gives such stupid and idiotic answers to the burning Frequently Unanswered Questions (FUG’s) of

… then you know wherein the problem lies.

Our only hope to stave off massive civil unrest appears to be:

When we find the answer to that one great Frequently Unasked Question, we may be able to save and restore our Constitutional Republic. Until then, we are faced with a Congress of baboons who must look themselves in the mirror each morning wondering ‘who (or what) has the power to make me lose my way … and my mind … and my shame … and my conscience?’ 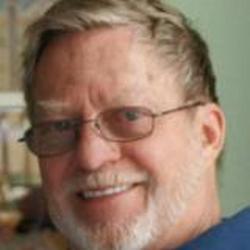 Neil B. Turner graduated from the University of Rhode Island in 1957 with a Bachelor’s degree in Civil Engineering. He served his country for 7 years as an Army Aviation Officer, then lived internationally in such diverse countries as Germany, The Philippines, Hong Kong, and Australia. In 2008, he was a CA Elector for the Constitution Party’s presidential candidate, Dr. Chuck Baldwin, and has been involved in the Article II, Section 1 constitutional requirements for the Office of President ever since.

He can be reached at: NBTurner@RoadRunner.com