WILL REUNIFICATION BE DISCUSSED? 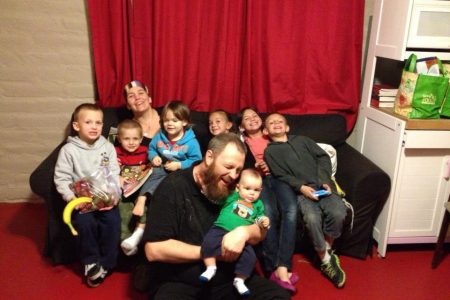 (Mar. 4, 2013) — The following was received from Erica Henderson, a mother attempting to regain custody of her seven children, who have been in foster care through the Los Angeles Department of Children and Family Services (DCFS) for almost three years:

Just spoke with the social worker and he confirmed our TDM for tomorrow at 1PM. He says community support is welcome. We are hoping to get a least one person in our corner as we are not allowed to have attorneys present. I have asked a few people and so far no one is able to make it.

He said we will be discussing the case plan. I asked him for more specific details so I can be prepared for the meeting. He would not give any. I asked him once again for an okay from the department about Jeffrey living in the home. He said that will be discussed tomorrow, and would not give further details. If you are too far to attend please consider a special prayer for us tonight and tomorrow morning!

Through generous donations, Mrs. Henderson has just signed a lease for a home large enough to accommodate the children with the expectation that they will be returned to her in the near future.  After the children were taken, her husband Jeffrey lost his job and lived in a tent for a time.  Two weeks ago, he took the Law School Admission Test (LSAT), and Mrs. Henderson told The Post & Email that she believed he did well.  Mr. Henderson has received indication that if he tests well, he will receive a sizable stipend while he attends which will assist in supporting his family.

Jeffrey and Erica have not lived together during the time the children have been in foster care because the judge in the case had ordered supervised visitation for him, but Erica’s visits have been both monitored and unmonitored.  Out of an abundance of caution, because of the differing orders and the Hendersons’ desire to regain custody of the children, they have continued to live apart, even though they have been allowed to visit with the children together in recent weeks.

Both Henderson parents have told The Post & Email that they have never abused their children in any way.  The children were taken after the parents were falsely arrested and jailed before alternative arrangements could be made and have been moved among many foster homes over the last 34 months.

A trial was commenced on February 21 but left unfinished, with Tuesday’s hearing having been scheduled over the last few working days.

There is a Facebook support group for anyone interested in following the case or assisting with the Hendersons’ effort to reunite with their children.