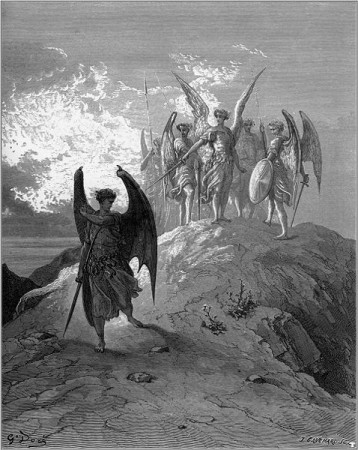 (Jan. 28, 2013) — Each and every day now Obama and his syndicate government are pushing harder and harder for the removal of all of our liberties, in order to place us into slavery and create a permanent police state. Even the most dense on the far Left are now aware–some only vaguely–that things are not as they should be. However, the further Left one goes, the more perverse and unstable one becomes. Luciferianism–Marxist, Nazi, Fascist or otherwise–is and has always been the End Goal of the power-maddened once-human would-be masters and oppressors of the human race. And nation by nation, they have been practicing this tyranny for a very long time.

Members of the Obama syndicate and the growing New World Order globalist elites long ago came out into the open with their plans. From Agenda 21 (to steal all private property and move humans from rural environments to urban centers where their movements and population numbers will be easier to manipulate and control), through the removal of all human rights (while the “overseers” say they are actually installing them)–in America that’s nullifying the US Constitution and substituting it with ObamaLaw–and replacing the God of Abraham, Isaac and Jacob with the worship of Lucifer (also known as atheism and Islam), our planned overseers are now daily stripping us of everything we have and punishing our beliefs if they do not subscribe to the worship of both their malevolent vision and dark lord. This is what’s occurring. It’s directly in front of us, now, and in our faces.

The atrocities of the current US government and its leaders are truly too many and too vast to itemize here. However, my own columns since 2008 to the present have warned what would happen if Obama was elected to his first term as POTUS and addressed the majority of major abominations he and his lackeys have committed since Obama has been in office. There are, also, multiple books outlining his tyrannical plans and their implementation, including his expert use of the Cloward-Piven Strategy which teaches overwhelming the US system on every level. I will not and cannot address them all here. However, Richard Poe is also one who writes about this insidious plan in his 2005 article The Cloward-Piven Strategy: “Their article called for “cadres of aggressive organizers” to use “demonstrations to create a climate of militancy.”

“Intimidated by threats of black violence, politicians would appeal to the federal government for help. Carefully orchestrated media campaigns, carried out by friendly, leftwing journalists, would float the idea of “a federal program of income redistribution,” in the form of a guaranteed living income for all — working and non-working people alike. Local officials would clutch at this idea like drowning men to a lifeline. They would apply pressure on Washington to implement it. With every major city erupting into chaos, Washington would have to act.”

For the past several years, the Obama syndicate has created one “emergency” after another that had to be addressed “immediately” with no time to take a look at what his syndicate members were actually doing. Because of this, we lost the arguably best health care system in the world to the debasing and not-about-health ObamaCare. Its tyrannical, taxation with no representation and anti-human reality are only now coming to the surface, while Obama and his adherents laugh loudly at us with champagne and $300-400 per pound Kobe steaks at the still ongoing White House ObamaParties. Did you know that clothing is now charged an additional ObamaTax because ObamaCare states your personal clothes are “medical devices?”

Obama has been summarily firing and replacing US Constitution-upholding Generals and Admirals in the US military with those who will, instead, swear their allegiance to Obama and the United Nations group. Note: Multiple source links to these are available in my past columns.

It strongly appears that Obama may also be creating massacre scenarios, in order to confiscate law-abiding citizens’ legally owned firearms–”never let a crisis go to waste” even if you have to create it? Was the latest the tragedy and horror perpetrated at Sandy Hook? At first–and second–glance I dismissed the information and videos stating that this was all part of the Obama coup to remove our weapons. However, there are so many anomalies, exposed, intentionally-provided false directions, and openly (again…in our faces) faked media footage that it presents us with the necessity of asking questions. There were many who legitimately lost their children and other loved ones from the madman who slaughtered so many innocent lives. For those people, nothing but God and time can help their real pain. Bur, at least a few of the victims who supposedly lost their children on that horrid day are shown relaxed and smiling just before their “press conferences” when they visibly change their expressions. Note: To date I have not seen these “debunked” (links below) nor even addressed by the debunkers.

Some also seem to have been “victims” at other recent massacres. Also, in all three recent shootings–Colorado theatre, Oregon Mall and Sandy Hook–multiple witnesses report additional shooters who seem to have gotten away. Debunking these ostensible “conspiracy theories” originally presented a full-time job for many leftist and at least one conservative site. But, not all of them have been debunked. We will have to make up our own minds, but we need to consider all of the evidence. We certainly should have learned by now that, with regard to the actions coming from the Obama syndicate, there are no coincidences. One thing, however, that we do know with certainty is that in each of these circumstances, the shooters were taking anti-depressant psychotropic drugs…drugs that, over the years, have proven to have caused multiple suicides and homicides enacted by patients ingesting them.

Since 2009, Obama has been using military helicopters to fly over US cities and tanks and other heavy artillery in “training exercises.” These cities include, but are not limited to, Boston, Los Angeles, Miami and Boulder. This is a first in our history as a nation. The populations are not warned ahead of time in order to create the maximum amount of fear of their government. Obama used the helicopters to fly over residents in Worcester, Massachusetts and literally dive-bombed residents’ homes, waking them up at midnight, and his latest escalation in the ongoing war against US citizens was a flyover and joint military-local police exercise conducted this month in Miami, FL. This time, however, gunfire was added to make it seem more real. The citizenry was not warned ahead of time and many ran for cover. This, my friends, is your government at work…working, that is, to either force you into submission (better give those guns up or else!) or begin the second US Civil War. After all, Obama has now had plenty of practice at doing so–with both his Egypt and Libyan excursions. You didn’t really think those were about democracy, did you? They were about installing Obama’s Muslim Brotherhood as the rulers of those countries while he used their populations to practice on how to effect his total takeover of the USA…for himself and Islam.

We didn’t vote him out of office and I do realize “the fix was in” so that all too many of our votes against Obama weren’t counted. Therefore, he is now in the process of stepping up his destruction of this country and its population. Or, you can choose to be slaves. That is always a possibility. If you do not want to, again, be a free people and take the responsibility of taking back our country, the freedom to worship our God and ridding ourselves of our oppressors–predominantly in Washington, D.C.–you may choose to die slowly. These are now the only two options left.

Obama’s war–the War against America–has already begun in earnest. Thus far, our military and too many local police are training to bring us down.

May God bless all who choose to fight and bring back the Republic.

36 “And the king shall do according to his will; and he shall exalt himself, and magnify himself above every god, and shall speak marvelous things against the God of gods, and shall prosper till the indignation be accomplished: for that that is determined shall be done.”

37 “Neither shall he regard the God of his fathers, nor the desire of women, nor regard any god: for he shall magnify himself above all”–Daniel 11:36-37

The origin of Marxism is within a Satanic mystery cult: http://www.forerunner.com/predvestnik/X0013_Karl_Marx.html

‘More than one shooter’ on scene at Oregon mall – Reports: http://www.salem-news.com/articles/december112012/shooting-folo.php

CNN video of police charge at Sandy Hook is not Sandy Hook: http://www.digitaljournal.com/article/341776#ixzz2JGwCeMyW