CAN NATURAL FOODS AND REMEDIES SURVIVE? 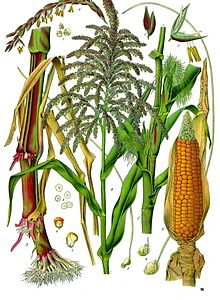 (Aug. 1, 2012) — Helping people starve, die and stay sick is big business.   Those of us who want choices for medical care, natural foods and treatment options are simply in the way. Big Government, Big Pharmacy and international companies know best – not the people.

Natural foods and medical choices are under attack and nearly gone

Five giant biotech companies have been buying up all the seed companies worldwide that farmers have relied on to grow all kinds of crops.  Monsanto is the largest biotech company with over 674 biotechnology patents.  Other giants buying up seed production include:  Syngenta, Bayer, Dow and DuPont.  These companies spend hundreds of millions in biotechnology to alter and monopolize seeds.

These biotechnology companies hide behind the usual sound bite theatre, saying they are trying to stop worldwide hunger and offer lower prices for farmers and crops.  In fact, it is the complete opposite.  In 1996 when genetically modified seeds were introduced, the price of soy and corn seeds doubled.  The truth uncovered by many scientists and research is that genetically-modified seeds and crops ARE more dangerous for people to consume, more expensive and we don’t know what these mutated seeds will do to livestock and people over time.  Real research has pointed out that the seeds change properties and are known to mutate.  They are not constant.

International yields of most crops such as cotton and Soya have all gone down, causing a massive price and food crisis, not food relief or help.  A study at the University of Georgia showed GM cotton resulted in 40% lower income.

Together, these companies have bought up 200 seed companies and are dangerously threatening farmers’ ability to grow crops from renewable seeds.  Now, seeds are being controlled worldwide and only working to grow one crop – ‘Terminator seeds’.  Genetically-modified crops cost more, have lower yields and offer the international public more dangerous foods.

Scientists and researchers know that the assumptions around GM seeds are flawed.  Many farmers concerned about remaining natural and feeding their animals natural foods cannot.  I have found report after report about farmers being forced to buy Monsanto GM corn for their pigs and chickens.

Animals, crops and world populations are being manipulated, modified and destroyed.

The Big Government, Marxist – Obama agenda must have control over medicine, business and food supplies.  Depopulation is part of the big goal of Government.  There are too many people, young and old.

Depopulation methods include: compromised seeds and foods;  increases in abortion worldwide — hiding behind ‘choices’ and ‘female rights’  and rationing, controlled medical care for our Seniors.

We must vote Obama out in November and CRUSH Obamacare and international monopolies of GM companies who monopolize our seed and food supply. It is also time to push back the greedy and dangerous influences of Big Pharmacies that crush competition and choices with medicine and natural care.  They want the masses ill and addicted to their controlled medication, not the safe and less expensive generic brand OR natural solution.

In my ongoing interviews with Dr. Alberto Ruiz www.bestbloodsupport.com it is most clear that healing options are routinely kept from the people.  His discovery blows my mind and is helping folks around the world  – a natural, affordable, herbal and safe product that is transforming Diabetics and giving them hope.   His MDS Forte is returning blood sugar to normal, balancing cholesterol levels, putting triglycerides back into shape and much more.  People can afford it, are getting well and the Pharmacies, Obama and fancy corporations cannot control it, nor do they like it.

Companies and individuals who want to steal your choices to eat natural foods and have natural health remedies ARE THE ENEMY.  Join me on my national radio show as we try to win our country back.  It will not be easy AND we must remember who the real enemies are.  www.therothshow.com

Depopulation IS the Big Plan added on Wednesday, August 1, 2012