“DO YOU NEED MORE PROOF?”

(Oct. 16, 2011) — For the past three years I have watched almost every prediction I have made about the Obama regime come true. To be fair, they really aren’t just my predictions. My predictions have been based on the left’s very own organizational literature. Additionally, I have consulted the work of Trevor Loudon, David Horowitz, Phillip Worts, Dean Gotcher, Arlen at Gulag Bound, Teressa at Noisy Room, Robert F. Beaudine–among many others knowledgeable of the progressive (i.e. communist) left’s intentions to destroy our constitutional form of republican government.

I do not make my predictions haphazardly. I try to apply the Scientific Method, i.e. observe; make predictions; test my predictions; draw a conclusion. My conclusion? The International Left believes in Global Governance (i.e. communism); hence, Barry’s pedal-to-the-metal, Alinksy-style rush toward a trans-national/totalitarian Marxist Utopia for the United States of America.

Repeatedly I have stated Obama’s Administration of unvetted czars is chock full of anti-capitalists, gun abolitionists, self-avowed socialists, liberation theologists, progressive radicals, communists, ad nauseum.  Why would anybody be surprised by what they are seeing with simultaneous “occupations” occurring around the country–but more disturbing–the entire world?

Are you still having an issue with the Marxist and socialist terms being used to describe the current Administration now occupying the Oval Office? If so, why? How much more proof do you need? Do you need more proof? Watch the following video.

I wholeheartedly stand with the men in the above video. They are proudly proclaiming the blessings we have been given as a nation and make no apologies for it! AMEN and amen. I will not apologize for it, either! I work hard for what I have, as do many other Americans–especially our military and their families! I also believe in charity and love. But those things are left to me as a free individual with the blessings of my unalienable rights to exercise as I see fit, not at the behest of another individual, or group of individuals (cf. oligarchy, “general assembly,” council, Soviet, etc.) forcing me to do so. Our unalienable rights were given to us by our Creator, not man. Our Founders enshrined this unshakable truth in our founding documents, i.e. The Declaration of Independence & The U.S. Constitution. That’s what I have on my side–the Law of the Land, not a Manifesto dreamed up in somebody’s dope-smoke-filled basement at their mommie’s house.

Many people and nations in our brief, yet astonishing, history as a nation have made the terrible mistake of trifling with the American people. I remember reading the words of a reporter traveling aboard a USMC transport ship in the South Pacific early on during World War II lament over the fact he believed “our boys were too soft” and not ready for the horrors of war. Well, that reporter went on to eat those words. The battles that raged in the South Pacific were horribly bloody affairs–battles like Guadalcanal, Saipan, Eniwetok, Okinawa, Tarawa, Kwajalein, Bataan, Corregidor, Guam, Wake Island–and so many more. It was the most vicious and brutal type of warfare imaginable against a determined and often fanatical foe–the Imperial Japanese Army.

We did prevail in the end, but at great cost. We did not give up, though–despite the incredibly painful sacrifices required to crush fascism and totalitarianism occurring in the world at that dark time in mankind’s history. 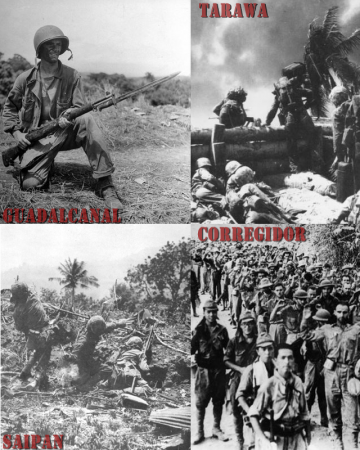 I’ve seen a few bad things in my life, but nothing like what my friend Poison has seen.  Poisontolibs is my good friend and co-founder of this little blog. He is an amazing person with an amazing life story. He has always impressed upon me, and others, that he is a black AMERICAN first and foremost. This is the principle that I hold near and dear. Early on in Poison’s life he witnessed a horrific scene that I can’t wrap my head around. His cousin was castrated and lynched before his very eyes! This is what I speak of when I talk of the surreality of evil!

It’s difficult to believe such a monstrous and senselessly brutal crime is occurring if you’re a decent and moral person. Yet it is .. it is … before your very eyes! Traumatized for life … like so many are around the planet … broken-hearted and tormented in your soul beyond description, yet unable to do justice with mere words to describe what evil looks and smells like–wickedness through and through. Many of us have seen it; many of us have not. But the point is evil is surely there, whether you wish to face it or not.

Consider what our military has been through for the past ten years of continuous combat operations–constant stress and trauma. My cousin safely returned after 15 months in Paktia Province in The Stan recently … thank God! He served in Iraq near Kirkuk in 2003 as well. He has a wife and little boy and girl. This has been very stressful for him and the entire family. Paktia Province is home to the notorious al-Haqqani network; it is  a very, very bad place indeed. Maybe our OWSers might like to go play tribalism and primitivism in The Stan? FYI: they are already a step ahead of you! I’m sure some of our fine fighting men and women would be more than happy to show them around a bit. *snicker*

There is only so much human beings can withstand before they crack. Nations are composed of people (i.e. individuals). There is only so much nations can take before they crack. This is exactly what the Soros’ crowd and Obama et ilk understand implicitly and “bank on”: foment stress, confusion, crisis and chaos to bring about a total collapse of our free market system–vis-à-vis the Communist Manifesto of 1848–”fundamental transformation.” Does this pass the measure of preserving the general welfare of the nation as our leaders are sworn to uphold according to the Preamble of the U.S. Constitution?

I’m an experienced carpenter. If I tell you that I’m going to “fundamentally transform” the structure of a building, more than likely, I’ll be starting at the foundation. Get it? I like our foundation–meaning The Declaration of Independence and the U.S. Constitution! Get your hands off it, I say!

Another carpenter’s maxim: “If it ain’t broke, don’t fix it!”

The surreality of evil I’m witnessing from the radical left and the OWSers is their complete willingness to forego their unalienable rights for the promise of receiving things for free minus labor or toil; thereby, attempting to break the Laws of the Universe themselves. The left apparently believes by forming mobs and handing power over to “collectives” (i.e. “general assemblies”) they will find a Marxist Utopia? Apparently work and toil are no longer required in order to produce and create wealth in the leftist’s restricted mind?

“I predict future happiness for Americans if they can prevent the government from wasting the labors of the people under the pretense of taking care of them.”

The things I’ve heard come out of the Wall Street protesters are mind-numbingly juvenile at best, and downright evil at worst. Liberals: do you want to return to tribalism as  I recently heard one lost and dissipated protester (occupier) say recently? Really? I believe we put that crap behind us for a reason. It didn’t work in a modern, industrialized world. Communal living? Didn’t work. The first things to get overrun are your little communes and your tribes when a determined foe attacks. If you’re a liberal, what part of world history did you miss? Apparently all of it. How is tribalism working out for Iraq and Afghanistan? How did tribalism work out for the native Americans? Despite popular belief, American Indian tribes killed each other on a regular basis. Once upon a time the Indians tried to form an Indian Nation, but it failed, due to tribalism. Don’t get me wrong: I have nothing against “tribes” per se. It’s only when said “tribes” have something against me that we have a problem. 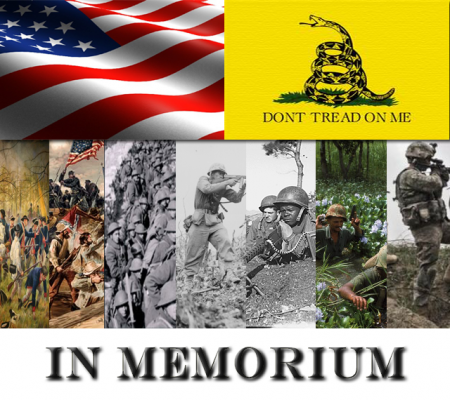 The only way to fix a problem is to admit you have a problem in the first place. America, we have a problem–mobocracy ; it is being fomented and facilitated by the faux President and his amoral and badly-behaved minions. With the current group we have in power, it may be better described as a thugocracy. If this is the America you want, then enjoy it while it lasts, because it won’t last very long. Otherwise, you had better stand up and fight in any way you can.