WHAT ARE UNIVERSITY STUDENTS LEARNING TODAY?

by poisontolibs, blogging at The Right Planet 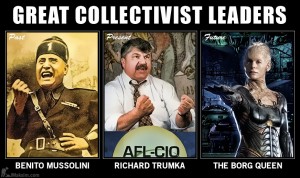 (Sep. 6, 2011) — “As our universities evolve for the worse, they are becoming irrelevant. In the distant past, ‘college graduates’ had studied the broad spectrum of knowledge – philosophy, theology, history, science and the arts. They had mined the human record for the hidden gems of genius. The great books of the great thinkers were commonly discussed: Homer, Herodotus, Isaiah, Jeremiah, Plato, Aristotle, Cicero, Justin Martyr, Origen, Tertullian, Eusebius, Augustine, Aquinas, Dante, Milton, Luther, Pascal and Descartes, Swift, Hobbes, Hume, Locke, Shakespeare, Rousseau and Voltaire, even Goethe, to name a few from the olden days….”

I could not agree more with Robert Beaudine’s assessment of our alleged higher institutions of learning. The youth of America are fed a steady diet of crypto-Marxist dogma and propaganda from the very institutions who should be teaching students how to think, not what to think. When I read the series of great names from Beaudine’s quote above, I’m struck by the fact the very mention of an influential historical figure like Isaiah, for example, would send your run-of-the-mill liberal professor into an apoplectic fit.

Let’s get started, shall we?

“SEE MY SERVANT, whom I uphold; my Chosen One, in whom I delight. I have put my Spirit upon him; he will reveal justice to nations of the world. He will be gentle–he will not quarrel in the streets. He will not break the bruised reed, nor quench the dimly burning flame. He will encourage the fainthearted, those tempted to despair. He will see full justice given to all who have been wronged. He won’t be satisfied until truth and righteousness prevail throughout the earth, nor until even distant lands beyond the seas have put their trust in him.” (emphasis mine)

Yeah … I doubt you’ll hear Isaiah quoted aloud in your generic American college classroom. More than likely, you’ll hear a soliloquy to Che Guevara et ilk. Never mind the fact Che was judge, jury and executioner of 146 human beings during his reign of terror on earth, but I digress.

Perhaps the leftist elites would behoove themselves to read the words of the Old Testament prophet Daniel. I included the quote here for the leftist’s convenience and edification, since, more than likely, the standard-issue neo-Marxist does not have a Bible nearby.

“Without warning he will enter the richest areas of the land. Then he will distribute among his followers the plunder and wealth of the rich–something his predecessors had never done. He will plot the overthrow of strongholds, but this will last for only a short while.”

HUH! Did Daniel say the ole Egyptian ruler tried to redistribute all the wealth and riches of others, but his power only lasted a “short while?” I’ll be! The whole story sounds vaguely familiar. What do you think?

John Locke wrote, “All wealth is the product of labor.” But, then again, Locke probably read Cicero. Unfortunately, the Left is not reading much Cicero these days. So, I included a quote here for the leftist’s convenience and edification, since, more than likely, they believe Cicero is a half-an-hour north of the mall.

“Gaius Gracchus proposed a grain law. The people were delighted with it because it provided an abundance of food without work. The good men, however, fought against it because they thought the masses would be attracted away from hard work and toward idleness and they saw the treasury would be exhausted.” 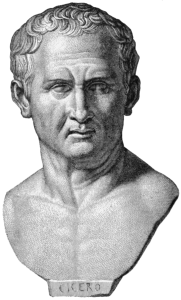 Once again, Cicero finds himself in agreement with the author of Proverbs from the Bible–to paraphrase: “He who does not work does not eat.” So, naturally, we won’t be bringing that all-important linkage up in our freshman poli-sci class, huh?

Nope. Instead, the left will spend their time making preposterous linkages. For example, trying to make a ridiculous and outrageous link between the Norway killer and ALL white Christian conservatives–the implication being that ALL white Christian conservatives are really psychopathic killers in waiting. Well, maybe I’ll leave our leftist friends with a quote from Voltaire. Enjoy!