A LESSON IN SELF-RELIANCE? 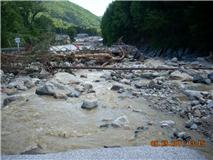 (Sep. 6, 2011) — My wife and I drove in to the Killington ski resort area in Vermont a few hours ahead of what had been Hurricane Irene.  The weather was rainy with a little wind; however, just hours after we settled in the roads, washed out.  The reported 10 inches of rain was too much for the infrastructure for various reasons.

This is the exact area that I grew up in, so I was familiar with the highway network and went out the next day to investigate a route out.  All highways were impassable, for total lack of road or even road bed, in some cases.

We then started looking at the community resources and capabilities.  It was truly a sad time for me to see such a beautiful area so devastated, but by the same token so very encouraging to see the local folks step up to the emergency.  Just a few details will make this point: an ATV trail  was cut through the woods within 24 hours and arrangements made for prescription medication to be relayed to the isolated areas, the volunteer fire department station house was immediately staffed with EMT’s, the snow removal budget of the affected towns was diverted to private contractors and a route was established for emergency vehicles from the west and egress for the tourists and summer (city) residents to the east.  All of this was accomplished by the local folks and their elected officials and all within 48 hours.  The state road department was not active for seven days, and other than the single FEMA vehicle arriving on the third day there was no FEMA presence. 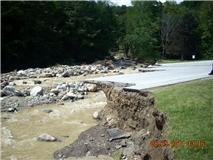 The state national guard did bring in MRE’s but they were not well-received as the local folks had put together a convoy of 12 volunteers with 4 WD trucks who made a run over the emergency lane for (real)  food.  From a bureaucracy standpoint this was Katrina all over again, but from a functional stand point it was Americans and original Vermonters doing what had to be done.  It was Joplin and tornado response and the Dakotas after a blizzard.  It was real Americans doing for themselves and not waiting or relying on the government to care for their needs.

Most folks on this forum realize how this works but my point is that here is graphic proof that it does and that the American spirit of self reliance and independence is alive and well (in remote pockets of the nation).  Stand with the folks in Killington and Joplin and all those other places.  Use their examples as incentive to keep up the good fight for a return to self-reliance and Constitutional government. 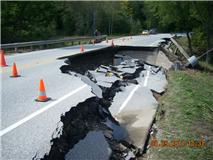 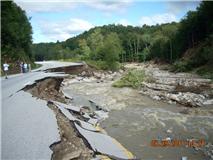