WHY ISN’T THE PUTATIVE COMMANDER-IN-CHIEF HELD TO THE SAME STANDARD AS THOSE HE SUPPOSEDLY COMMANDS? 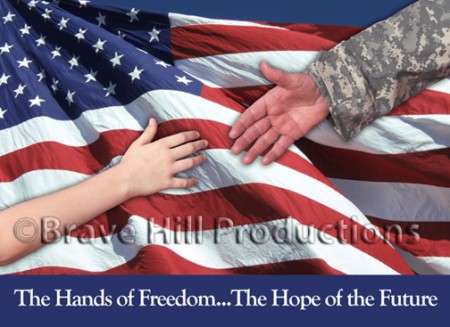 To Whom It May Concern:

As an American citizen, I believe that the Commander-in-Chief for America’s military should be held to the “SAME” level of ethics, accountability and scrutiny as decorated Army surgeon, LTC Lakin recently court-martialed for refusing to be deployed to Afghanistan until Mr. Obama discloses his “long form” birth certificate.  LTC Terry Lakin knowingly disobeyed an order from his senior officer, which is a serious offense within the military; however, if an order is believed to be unlawful, soldiers have the right to refuse to obey the military command.

During proceedings at LTC Lakin’s court martial,  the Military Tribunal seems to be oblivious to the fact that LTC Lakin honored and upheld his oath to defend the Constitution of the United States from both foreign/domestic threats.  Guarding and protecting the Constitution should take precedence over a military order, in my humble, civilian opinion.  The greater good of our nation and our Homeland Security is at stake, let alone our freedom that is disappearing daily under the dark veil of Socialism. LTC Terry Lakin had the foresight, courage and conviction to do what he felt was in the best interest of America.  I personally applaud and commend this soldier’s courage!

America’s military should have the insight, wherewithal and the discernment to see the “selfless sacrifice of a soldier” at work here.

The Military Tribunal should show due respect to LTC Lakin, a man of great courage, instead of bashing his character with harsh criticism and condemnation.  He deserves a promotion to Colonel for his heroism in defending our Homeland!!

Furthermore, Mr. Obama should “willingly” comply with the mandates of the Constitution, and in so doing, “eagerly” bring forth his “long form” birth certificate (if it exists) “IMMEDIATELY”!!  It’s time for government secrecy to “Cease & Desist”!  Then and only then will the American people find hope, strength, renewed trust and the resolve necessary to address the “Pandemic” problems that are destroying our nation..The “Court-Martial” of LTC Terry Lakin is a “Constitutional Travesty” that could have been prevented if only there had been “True Political Transparency.”

Inevitably, the truth will come out in the end.

In Honor of Our Troops,

Editor’s Note: The author of the above letter has reported that it has also been sent to Admiral Mike Mullen at the Joint Chiefs of Staff; O.C. L.L. Office of Chief Legislative Liaison; The Commander of the Military District of Washington; The Armed Services Committee, and others.

Ms. Minocha is a disabled registered nurse who began Brave Hill Productions about 18 months ago in support of our military serving overseas.  Of the name of her organization, Ms. Minocha says, “I live in a very scenic and hilly isolated area.  It’s very hard to get help out here.  Hence, the name “Brave Hill Productions” seemed appropriate. I was spiritually led to do the inspirational support campaign for America’s military, which I’ve been doing for 1 1/2 years.

I’m in the process of launching “INSPIRATION AFGHANISTAN” and will be sending “The Hands of Freedom” banners, bumper stickers and posters to soldiers to inspire, empower and uplift their spirits!  War bleeds a soldier’s body, mind and soul.  Our courageous soldiers need to be uplifted spiritually to endure the horrific challenges they face on a daily basis.”