SAYS WHEN ELECTED, NEVADA WILL REVOKE HEALTHCARE BILL AS UNCONSTITUTIONAL 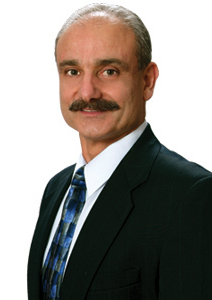 Gino DiSimone, Independent Candidate for Nevada Governor, says anything not enumerated in the U.S. Constitution “has no authority” in Nevada

(Mar. 22, 2010) — As Governor when elected, I will exercise full Executive Authority of the Governor of a Sovereign State and authoritatively revoke, make null and devoid of authority the Healthcare bill recently passed. It is my duty to Declare to the Office of the President, the President of the Senate, Speakers of the House and Senate, and the Supreme Court the following in accordance with the Resolve of 1798:

Therefore any federal legislation that is not enumerated in the US Constitution is of no effect in Nevada, neither shall it be required of the Citizens of Nevada nor of the Businesses and Corporations of Nevada. The Healthcare bill, Cap & Trade or anything else not explicitly enumerated in the US Constitution has no authority, is of no effect, has no force and will not be allowed or enforceable in Nevada. Nevada needs a Governor that is for the People first and the Constitution. I am the People’s Governor, I will put the People first and the Constitution.

I will exercise the requisite executive order(s), submit a statement(s) to the Office of the President, Congress, and the Supreme Court that these federal mandates do not comply with the US Constitution and are a direct threat to the security and prosperity of Nevada citizenry, businesses and government. By virtue of this direct security threat, any attempt to extract money or invoke penalty of any kind on Nevada citizens or corporations do not have force or effect in Nevada and will not be allowed. As the Commander in Chief of the State, I will exercise the necessary protective measures for our citizenry and corporations until Nevada Legislature makes changes to the Nevada Constitution to the contrary.

I will then act accordingly until the Nevada Legislature changes the Nevada Constitution with the agreement of the citizenry and my Executive approval.

It is time for the States to stand tall and assert their power over illegitimate unconstitutional acts of the federal government. When there is a security or safety infringement on citizenry, Governors have the only means to swiftly, directly and aggressively execute without the need for judicial approvals of any kind. Governors can immediately enact safeguards and implement secure measures until the Legislature is able to exercise their rightful duties. The Governor must not delay or the Governor is derelict of duty to the People of their State.

This Healthcare Bill is a direct threat to the individual freedom, safety, security and wealth of citizenry of Nevada. It cannot and will not be tolerated without Nevada Legislature. Nevada needs a Governor with the backbone and spine to stand for the People and the Constitution. Nevada needs a Governor who will immediately and aggressively implement and enforce the requisite safeguards to its citizens which absolutely prohibit and terminate federal invasions of their security, safety, property, wealth and liberty. I am the man for the job. I pledge my Life, my Fortunes and my very Honor, so help me God.