TOOK ANOTHER STATE POSITION, BUT NO ONE IS CLEAR ON WHICH ONE 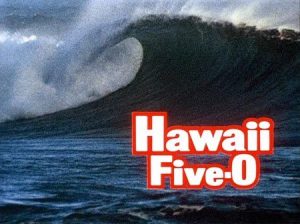 (Nov. 16, 2009: 7:30 PM ET) — The Director of the Office of Information Practices (OIP) in Hawaii resigned quietly from his position on Nov. 6th and where he went is unclear, according to Hawaii government personnel.

The OIP is charged with receiving UIPA requests or complaints, from citizens who have requested publically available documents in accord with Hawaiian Statutes, when the State department or agency from which these were requested, has not responded or refused to disclose them.

The OIP office entered the national spotlight in September when the inquiry begun by a citizen going by the nik, TerriK or Miss Tickly, sought information regarding the vital records of Barack Hussein Obama II.

This story was previously covered by The Post & Email in a series of reports and editorials beginning on September 23rd.

Since it is a recurring theme with government officials who are in a position to expose Obama that they resign or get removed, or are promoted out of the way, I was intrigued to learn today of Tsukiyama’s resignation, when I spoke with the OIP office by phone.

Don Shimabukuro of that office, in passing, mentioned to me that the director, Mr. Paul Tsukiyama took another position with the state, and had resigned from his position of Director of the Office of Information Practices on Nov. 6th.  Since Nov. 9th the acting director is Cathy Takase.  When asked what position Mr. Tsukiyama had taken, Mrs. Shimabukuro was unclear where he had gone.

I contacted the Office of Governor Lingle, on the hunch that it was the governor who nominated or promoted the former Director.  That office too was unclear what position he had taken, saying that they had never heard of Paul Tsukiyama.  Mrs. Queenie, at the Office of Constituent Affairs, expressed surprise at Shimabukuro’s lack of awareness of her former Director’s new position, saying, “And that office wouldn’t tell you where he went?”

Since the Office of Information Practices has only 4 staff attorneys, Director Tsukiyama’s departure will slow further response to UIPA requests conducted by that office. Shimabukuro also stated that acting Director Takase will be out of office until November 23rd.

9 Responses to "Tsukiyama resigns from Hawaii Office of Information Practices"