IS THE MEDIA REPORTING ACCURATELY OR PUTTING OUT “FAKE NEWS?” by Sharon Rondeau (May 7, 2017) — In a tweet on Sunday morning shortly before 9:00 a.m. EDT, President Trump predicted that the U.S. Senate, which has yet to vote on the new health care bill passed by the House on Thursday, “will not let […] 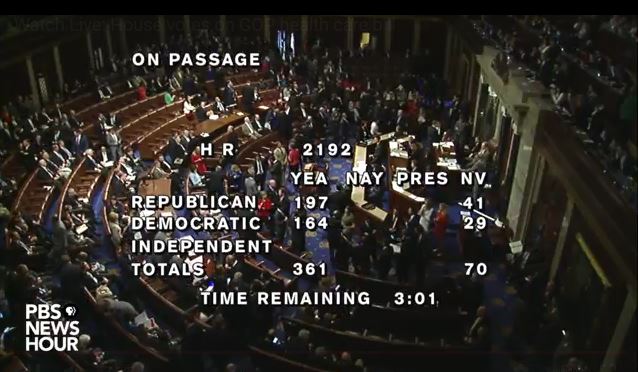 OBAMACARE REPEAL/REPLACEMENT MEASURE APPROVED, 217-213 by Sharon Rondeau (May 4, 2017) — At 1:53 p.m. EDT, the U.S. House of Representatives is casting electronic votes on three bills, the first of which is to cancel the exemption to Congress and their staffers from the Affordable Care Act, also known as Obamacare. The bill is numbered […]