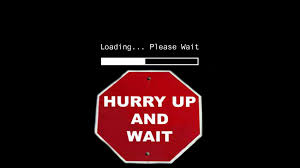 “WHO DOES THIS BENEFIT BUT THE STATUS QUO?“ by Montgomery Blair Sibley, ©2015, blogging at Amo Probos (Dec. 8, 2015) — Now the legal issues are joined and it is time to wait for the machinery of justice to grind-out it’s decision. In the D.C. Superior Court, Senator McConnell has filed his Motion to Dismiss […]