“THE DIRECTION OF THE NATION” 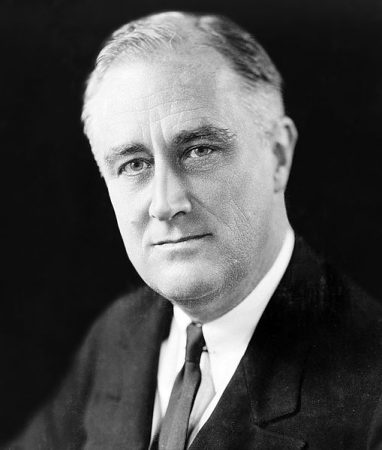 The election year we anticipated in January has gone farther off the rails than anything we could have imagined.  We knew we would be inundated by political ads and appeals for donations.  We knew we would get sick of the face and voice of Donald Trump and whoever would run against him.  We knew the Democrats hated him and would keep on trying to dig up dirt. Efforts to pin foreign election interference on Trump and to impeach him have been going on longer than he has been in politics. The President has responded in his own unique way.  Supposedly non-political judges and civil servants have been politicized, giving rise to “deep state” conspiracy theories.  But we did not imagine how much the media would join in the race to the bottom.

Then comes the plague of the century – or more.  The pandemic, the lockdown, the unemployment and economic crisis have all shaken our confidence, destroyed our plans and set our nerves on edge.  Science and governments dished out speculations and models but could not answer our questions.  So, of course, we blamed the president.  Whatever he did, the Democrats called it wrong.  “Follow the science,” they said, but science was lost, too.  We blame the president for the economic consequences and we blame him for doing anything about them.  What a thankless job!

We knew it was going to be an unusually intense and dirty election year, then the pandemic hit.  It was followed by the explosion of our cities, triggered by the reciprocal paranoia of police and urban youth of color.  Is it a coincidence that this happened in the pandemic year?  Is it a coincidence that it seems to be worst in the most progressive cities, despite Afro-American mayors and police chiefs?  Of course, Democrats blame the president and Republicans blame the Democrats, but clearly identity politics and racial thinking has not at all brought reconciliation.  Perhaps we should return to the ways of Martin Luther King Jr.?

And now we have a Supreme Court vacancy.  We knew Ruth Bader Ginsburg had to die eventually.  We all do.  Only popes serve to her age.  She probably would have retired four years ago if Hillary had been elected.  Just guessing.  But she was a giant of the progressive domination of the judiciary.  Progressives have used the courts to implement societal change in ways that legislative majorities refused to enact.  The current administration has quietly and not-so-quietly been refreshing the judiciary with judges who reject the legislative role, strictly interpret the constitution and the law as written, and kick the law-making function back to the majority.  Ginsburg’s passing pours more gasoline on the election inferno.  We may expect violence.  If Trump is reelected, the courts will be more originalist, but if he fails – will Biden pack the courts with progressive activists?

The most disturbing feature of this election, from my perspective, is its personal, ad hominem, focus.  With the most existential issues possible at stake, Donald Trump’s personality is a red herring thrown out by the Democrats.  And Donald Trump, sadly, is chasing that red herring.

We suspect that the progressive agenda is that of the University elites – a little too left – not that of the majority, and the policies of the incumbent have been surprisingly effective. Thus it is greatly to their advantage to focus attention on Trump’s rather obvious personal flaws and accuse him and all his “followers” of racism, fascism and all kinds of bigotry.  And he is falling for it!

The most effective progressive accusation is that Trump is divisive.  Wait a minute.  Divisive from what?  The Obama program?  The AOC/Sanders program?  Open borders, central planning, socialism, Planned Parenthood, the Green New Deal, LGBT privileges, freedom from religion?  These all have come from the left in the last two decades. Trump did not create these divisions, but he had the nerve to reverse the “progress” in those directions.  Two things you have to give to the president: he isn’t boring and he has enormous civil courage to stand up for what he believes.

“A house divided against itself cannot stand.”  So said Jesus two millennium ago and certainly it is still true today.  By that token, the USA is in trouble.  While the personality of the President may be abrasive, polls showed that the majority of us thought the nation was going in the wrong direction before he was elected.  The concept of “culture wars” goes back to the 60’s, but politicians of both parties avoided social issues as much as possible.  For example, Presidents Reagan and Bush gave discrete moral support to the pro-life movement but did not take decisive action on such issues.  Then came Obama and Trump who made abortion and the redefinitions of marriage, family,  gender, and religious freedom parts of their political platforms.

Political parties have now taken sides in the cultural divide that was already there.  On the one hand is the Judeo-Christian morality, “the American Dream,” monogamy, the nuclear family, the free enterprise system, the melting pot, and constitutional democracy inherited from our forebears.  On the other is the secular post-Christian worldview, post-modern, post-industrial, 1619 vs. 1620 history, class warfare social justice, liberated sexuality, the welfare state, green environmentalism and the democratic socialist dream.  There are two distinct worldviews in play: 1) what is true and right as reality-given – God given, and 2) that which holds truth and right as self-defined or politically driven.  Donald did not invent the division, but he and Hillary made us choose between two distinct visions of America.  Joe is just a passenger on the progressive train.  Elections matter indeed.

The choice remains the same in 2020 as in 2016, although we are sorely tempted to make it about Trump’s ego.  Yes, this election is a battle for the soul of the nation.  Will we build upon our heritage or will we reject and marginalize it in order to launch a brave new world?

The Democrats said this election was about “the soul of the nation.”  We certainly did not hear that the other night in the first debate but, if a nation can be “saved” or lost, this election certainly could be the tipping point.  The personalities of opposing candidates are trivial compared to the direction of the nation.  Are we to remain a federal republic (the current Constitution) or become a unitary direct democracy?  Are we to remain a free-market economy or complete the shift to welfare state-socialism?  Is the nuclear family going to remain at the center of society or is it to be replaced by what?  State daycare?  Are we to continue to respect Judeo-Christian morality and religious freedom or go with our gonads?  Do our rights come from our Creator or from our courts?  Who is God, anyway – Jehovah or me?

Salvation does not come on Air Force One, as Chuck Colson used to say, but elections do matter.  The past four years have shown how difficult it is to turn the ship of state around.  The moral regeneration of a nation does not come from the top down.  This election could be a referendum on where we are going as a people – the soul of the nation.  Are we content to be lost?

Just when we thought everything that could go wrong in this election year had gone wrong, the President goes into quarantine?  So much for his alleged denial.  No doubt someone will say, “We told you so.”  But who knows?  Perhaps he was right in modeling bravado rather than fear.

Goodness knows there has been plenty of panic in our society this year.  “The science” has been all over the place, trying to predict and control the course of the epidemic, attempting to build the boat while crossing the river – by speculation in the absence of knowledge.  It is easy to criticize the official response, but desperately difficult to actually be responsible for it.  This I have seen up close and personal leading a Celebrate Recovery meeting.  Bottom line: there is no way to eliminate all risk.  Covid-19 was never under human control and public policies have had little predictable effect.  However, the socio-psychological and economic effects of panic and countermeasures have been catastrophic.  Roosevelt was right: “The only thing we have to fear is fear itself.”  We should all wear our masks and take reasonable precautions, but fear has done at least as much damage as the virus itself.

“History shows that, in the long run, we’re all dead” (Josef Altholz).

David W. Heughins (“ProfDave”) is Adjunct Professor of History at Nazarene Bible College.  He holds a BA from Eastern Nazarene College and a PhD in history from the University of Minnesota.  He is the author of Holiness in 12 Steps (2020).  He is a Vietnam veteran and is retired, living with his daughter and three grandchildren in Connecticut.”