Democrats, Before You Vote

A MESSAGE TO OUR DEMOCRAT FRIENDS 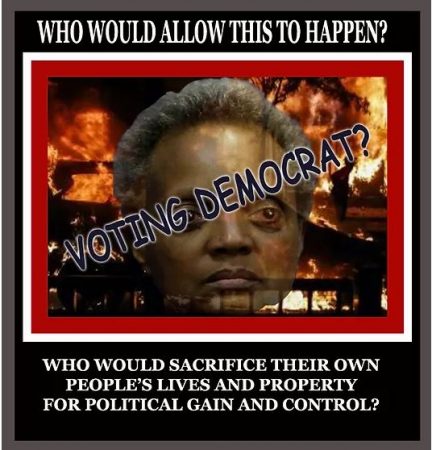 (Aug. 30, 2020) — It is not difficult to understand why many of you are going to vote for Joe Biden in November. You have most likely been dealing with the shutdown as result of COVID-19 and doing everything possible to keep your bills paid and your families fed. As a result, much of what has been going on may have passed you by.

Regarding the almost 4 years of constant lying, distorting, fabricating and character assassination presented to you on a daily basis, it is not difficult to see how the thought of voting for Donald Trump would rub you the wrong way.

If the only source of your information has been the main stream media, a false characterization of him will have been cemented into your psyche. That no doubt has interfered with your chance of looking into all that Trump has accomplished. It may have dissuaded you from listening to his true words as opposed to the distorted interpretations presented to you by CNN, MSNBC and yes, even to some extent by Trump-haters on FOX.

WHY THE DEEP STATE HATES TRUMP

Their hatred has been born from fear. The more Trump upsets the “way things have been,” the more they fear him. That fear feeds their hate. At first they didn’t take him seriously and treated his campaign as if it were some kind of joke. As his popularity grew among the middle class and even those living in near poverty, the humor turned to consternation and a stark realization.

This man just might do the things he was promising. Then, once he was elected it became startlingly clear that he not only intended to fulfill those promises but he immediately began implementing them. That is when the comedy diminished and their rage morphed to hatred and then to a mental illness.

That syndrome germinated and festered to a point where rationality evaporated, as those who have dominated the people and had grown wealthy beyond imagination realized what was on the horizon.  Remember, they do not really fear Trump the man. They fear the people he is educating and informing. That would be you and me and anyone who could disrupt their control.

During just these past 6 months you have seen just what those people you are considering voting for are capable of. What and whom they have sacrificed and will sacrifice in their desire to hold power and stop Trump’s destruction of their corrupt system. Those efforts will hold no boundaries.

THE VIRUS AND THE RIOTS

First let’s consider how many people the leftists have allowed to die and families to suffer the loss of loved ones because they believed that every death from that virus was one more tiny step towards getting Trump out of their way.

The entire deep state conspired to prevent HCQ from use in preventing infection or as a therapy to lessen the damage or even save the lives of those who had shown symptoms.  Fauci and many others knew from the very beginning that hundreds of thousands of lives could be saved by this drug. The months ahead will prove this, but as for now consider how evil this cabal was and is, if they would allow these deaths to occur. Every COVID death, they believed, presented them with a chance to chip away at Trump’s support. This is beyond despicable.

Now contemplate what kind of degenerate thinking it would take for so-called leaders of liberal states to allow deadly and destructive hordes of rioters, arsonists, looters, anarchists, racists, rapists, and murderers to demolish the businesses of the hardworking people in their communities. People who no doubt voted for them.

Night after night, week after week, and month after month these left-wing politicians allowed their constituents to be murdered, assaulted and their businesses to be burned, and their property to be carried off by organized thieves and opportunists. They prevented their police from stopping it. They refused to allow Trump to help. They hoped that every night of mayhem, every murdered citizen, every business burned, would help them defeat the coming end to the deep state’s dominance over the people.

WHAT KIND OF PEOPLE WOULD DO THAT?

Ask yourself how many people you personally would allow or cause to die if doing so would potentiality create wealth for you? I am certain that 99% of you would never do such a thing. But many of you will vote for people who have done just that and will do so again if they deem it necessary to maintain power and control. The 1% of those who would sacrifice you add up to about 3,000 people, most of whom are politicians.

They have shown what they would do to their own people, people who put them in office, people who trusted them to provide security and safety.

Now ask yourself if you really want to vote for people who would do such things and remember that once you make up your mind, you will not be alone. You will be welcomed with opened arms by those, prior to you reading this, were thought to be your enemy. They are now your compatriots.

PONDER THIS BEFORE YOU VOTE

One Response to "Democrats, Before You Vote"