(Aug. 1, 2020) — Two well-known black Americans have died.  One – John Lewis – was a Congressman; the other – Herman Cain – was a successful businessman.  While the Congressman was lionized by the mainstream media, the other – even before his worldly body was cold – was vilified because he supported President Trump and attended a Trump rally “mask-less.”  Never let a crisis go to waste.

However, perhaps the most egregious – yet entirely unsurprising – event came at the funeral of Congressman Lewis when Barack Hussein Obama, Jr., the nation’s “Second Usurper-in-Chief” (“SUC”), spoke.  Faithful P&E readers will recall that the abbreviation “SUC” arises from the virtually certain circumstance that Monsieur Obama was the second person to have usurped the office of the presidency, first in 2008, then again in 2012, the original usurper of the office being Chester A. Arthur back in 1881.

The SUC took the opportunity at the Lewis funeral to convert what many had hoped would be a fitting eulogy for Congressman John Lewis into a crass, dishonorable and disgraceful verbal polemic.  You know that when Alveda King, the niece of Martin Luther King, Jr., criticizes the SUC for politicizing the funeral, there is a problem.

With direct references to “Bull Connor” and “George Wallace” – linked of course to President Trump and his administration – the SUC droned on (while studying his prepared speech) about how the filibuster was a racist and terrible “relic” of the “Jim Crow” era.  What the Senate filibuster rule has to do with the legacy of John Lewis is a deep mystery, save for its incendiary effect in the SUC’s mind under Saul Alinsky’s Rules for Radicals.

The SUC urged that the filibuster be eliminated, ignoring of course, that while he was serving as a senator (that’s right, Virginia…, a senator need only be a “citizen” rather than a “natural born citizen”), he vigorously championed its use in the effort to derail and prevent the confirmation of Supreme Court Justice Samuel Alito.  Mercifully, he failed.

Why does not the SUC’s prior championing of the filibuster make him a Jim Crow-era racist?  Oh, because he’s a Democrat?  Hypocrisy, thy name is SUC.  And while President Trump has also questioned the continued utility of the filibuster, he has never sought to label it a “racist” rule, as did the SUC at the funeral.  What a jerk.   Just ask Alveda King.

Let us be clear here: the SUC, now a private citizen, is himself a disgusting relic.  He is a relic of the D.C. swamp and the Deep State…, but he is not yet done insinuating himself into politics and desperately trying to resuscitate the moribund campaign of Slow Joe Biden.  The solitary – and by that your faithful servant means the only – positive thing that can be said about Biden is that all evidence points to the presumption – albeit a rebuttable one – that unlike the SUC, he is, in fact, constitutionally eligible to the presidency as a “natural born citizen” under Art. 2, § 1, Cl. 5 of the Constitution.

As for the SUC, the one person who probably knows as much if not more about him than anyone outside of his direct family – whoever they may be – is former Secret Service Agent Dan Bongino.  Bongino for 2+ years served on the SUC’s presidential protection detail.  Bongino is, of course, an outspoken conservative commentator and supporter of President Trump. It is thus unsurprising that he might take issue with some of the classless political comments that the SUC made at the Lewis funeral.

Still, some of his remarks about the SUC made here will surely elicit howls of outrage from SUC-centric leftists.  Let them howl: the louder the better.  For example, Bongino notes (video from the 45:00 minute point to the 49:00 minute point) that the SUC’s performance at the Lewis funeral revealed “the awful human being he really is;” that he “is a genuinely bad person;” that he is the “divider-in-chief;” and that “for all of [the SUC’s] downsides as the most corrupt president [sic] in U.S. history… and believe me, that is an accurate statement…., there are some ….”

Wow.  Not one to mince words, this Bongino dude.  What, pray tell, could be more corrupt than knowingly usurping the office of the President of the United States?  I’ll wait for an answer. 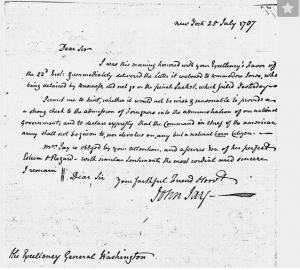 With the utmost respect to Mr. Bongino, and as faithful P&E readers know, the issue is not solely whether one is “born in the United States” as bearing on the person’s constitutional eligibility as a “natural born citizen.”  Indeed, even if one accepts as authentic the flimsy image of the SUC’s birth certificate posted on the Internet, since it conclusively establishes in any event that his father was never a U.S. citizen – let alone a U.S. citizen when he was born, purportedly, in Honolulu, Hawaii – he was not then, is not now and in the future will never be a natural born citizen as the Founders understood the term in 1787.  And if that is to change, it should occur lawfully – through a constitutional amendment – rather than by the linguistic chicanery of the Congressional Research Service or the ipse dixit of former Solicitors General.  Tell me again why we are still paying this guy a pension intended only for former “presidents?”  Again, I’ll wait for an answer.

Perhaps Mr. Bongino would consider changing his view of the SUC’s eligibility after calling him “the most corrupt … [SUC]… in U.S. history…,” and adding “[b]elieve me, that is an accurate statement.”  What other “corrupt” acts might Bongino be aware of other than a usurpation of the presidency?  Might there be issues involving Iran?  North Korea?  China?  George Soros?  Perhaps Benghazi?

Only time will tell.  For the moment, however, suffice it to say that the SUC’s performance at the Lewis funeral was a certified disgrace.   Oh, and by the way, if anyone comes across a Gray Trollop, WaPo, CNN or MSNBC media release stating that Herman Cain’s life mattered, please let your faithful servant know, as it will be submitted to Ripley’s “Believe it or Not.”