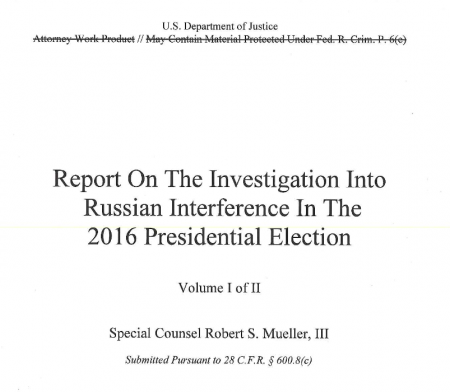 (Jul. 26, 2020) — On today’s “Sunday Morning Futures,” ranking member of the House Intelligence Committee Devin Nunes (R-CA22) told host Maria Bartiromo that the source of many of the allegations contained in Christopher Steele’s now-infamous “dossier” used to obtain surveillance warrants on 2016 Trump-campaign adviser Carter Page emanated from a U.S.-based individual with connections to “The Brookings Institute” [sic].

At the beginning of the segment, Bartiromo declared that the source, known as Steele’s “primary subsource,” is now “unmasked” as “Igor Danchenko.”  The individual is referred to as “Person 1” in DOJ Inspector General Michael Horowitz’s report, released December 9, 2019, detailing numerous FBI errors and omissions in the Page warrant applications spanning approximately a year.

Page 268 of the report states that “factual assertions relied upon in the three Carter Page renewal applications were inaccurate, incomplete, or unsupported by appropriate documentation, based upon information in the FBl’s possession at the time the applications were filed.”

All four warrants were granted by the Foreign Intelligence Surveillance Court (FISC), but the court later found the latter two “not valid” by virtue of emerging evidence showing that the Steele dossier’s allegations were not verified despite the FBI’s sworn statement to the contrary.

Unclassified documents show that as of January 2017, the FBI knew the subsource’s information to be unreliable based on three days of face-to-face interviews.  Nevertheless, the dossier became the basis upon which the Trump campaign and presidency were scrutinized and criminally investigated by Special Counsel Robert S. Mueller’s team for more than two years for evidence of “collusion” with the Kremlin.

In February 2018, as then-chairman of the House Intelligence Committee, Nunes released an unclassified memorandum authored by committee Republicans stating that their own investigation uncovered malfeasance on the part of the FBI in submitting its surveillance warrant applications to the FISC. “Neither the initial application in October 2016, nor any of the renewals, disclose or reference the role of the DNC, Clinton campaign, or any party/campaign in funding Steele’s efforts, even though the political origins of the Steele dossier were then known to senior DOJ and FBI officials,” the memorandum states on page 2.

Committee Democrats, then led by Adam Schiff, refuted Nunes’s claims in their own report weeks later which were belied by Horowitz’s findings nearly two years later.  Some Democrats, including Speaker of the House Nancy Pelosi, continue to say that Trump is influenced by Russia and specifically, by its president, Vladimir Putin.

During Sunday’s interview, Bartiromo played a video clip from a recent appearance by Nunes on her Fox Business Channel daily show, “Mornings with Maria,” wherein Nunes said the president of Brookings had sent text messages to Steele and that there are “direct links between the Brookings Institute leadership and the creation, possibly, of the Steele dossier and the dissemination of the Steele dossier.”

When Bartiromo asked Nunes about Danchenko’s “ties to Brookings,” Nunes said it “sounds like he lives here in America” and “is really not a Russian at all.”  Nunes added that Danchenko “used to work for The Brookings Institute,” which Nunes described as “the prominent left-wing think tank here in our nation’s capital.”

In 2016, Nunes said, the organization’s president disseminated the Steele dossier to “a few people.”  Congressional investigators, Nunes said, are now looking into whether or not Brookings has violated its IRS 501(c)(3) status by engaging in political activity.  “This is a tax-exempt organization; they’re supposed to stay off politics,” Nunes said. “They clearly have not done that; they’ve obstructed our investigation with propaganda for the last four years…So we need to look at that and see if they’ve been involved in politics.”

Bartiromo reminded her audience that Nunes has made 14 criminal referrals to the Justice Department stemming from the Special Counsel’s probe with “15 pending.”

A second area of concern, Nunes said of Brookings, is that “they also take foreign money from foreign countries and foreign governments, and we need to know what foreign governments were involved in this, because were they acting on behalf of a foreign power?”

Ironically, the FISA warrant applications seeking to monitor Carter Page’s communications claimed Page was “an agent of a foreign power.”  Page was never charged with a crime and more recently revealed that he himself has been a source of information on Russia for the State Department and CIA “for decades.”