(Jul. 14, 2020) — In the classic film Casablanca, Captain Renault enters Rick’s Café Américain, blows a whistle and orders everyone to leave, as he is closing the place.  Rick (Humphrey Bogart [readers under age 50 will need to Google him…]) asks why the upscale nightclub is being closed.  Renault responds: “I am shocked…, shocked to find that gambling is going on here!”   A café/casino employee then walks up and hands Renault some money, saying “Your winnings, sir,” to which Renault responds, “Oh, thank you very much,” pocketing the loot.

There is a close parallel here to the insane mass media wailings about the “spikes” in “positive” infections identified for the Wuhan/COVID19 virus.  With exponentially ramped-up testing of tens, even hundreds of thousands of persons per day in a country where “slowing,” much less “stopping” the “spread of the disease” has proven an abject failure… the media piranhas are shocked…, shocked that new cases of infection are being discovered.

But those facts are of little to zero concern to the panic-porn merchants.  Because the general election is now less than four months out, and because anything and everything having to do with the negative aspects of the pandemic must be blamed, 24/7, on President Trump, what better way to keep the electorate panicked over the “spikes” in cases?  The pandemic is a godsend to the Democrats to keep their diseased attacks on President Trump alive… and it even involves resuscitators, ICU beds and ventilators.  Brilliant!  This is leftist mendacity on steroids.

The lunatic obsession by the mainstream media over the “number of cases spiking” has little, if anything, to do with the gravity of the situation.  The real measure of how serious the pandemic is can be measured in the number of people who, despite the “pandemic” nature of the beast, do not test positive for it.  The severity of the situation is informed by the trending of fatalities against the number of survivors and by the number of fatalities per 100,000 people actually caused by the virus.

For example, the attribution to the virus of deaths where the victim is killed in a drive-by assassination simply because he may have tested “positive” in a Big Apple descending into rotten, fermented applesauce – thanks for nothing, Mayor de Blasio – is grossly misleading and stupid to boot.   Rocket science this is not.

Virtually never do the media jackals report on people who have not been infected.  The narrative is that everyone must be infected, so we need to find all of them.  Nor do they report on the ones, once infected and hospitalized, who recover and are discharged.  Of course not: that would presuppose the operation of general journalistic integrity and objectivity.  Instead, they march in the footsteps of propaganda practitioners like Joseph Goebbels.  They report incessantly on the “dire rise” in the number of pestilence-carrying “Typhoid Mary‘s” who will surely spell death to millions and millions of Americans… all because President Trump purportedly “bungled” his administration’s response to the pandemic.

Memo to the media termites: Is that “bungled” as in shutting down travel from China to here at a time when the wizards of the World Health Organization and the “scientists” at the CDC said it was “unnecessary” and “xenophobic?”  Or when he “bungled” dispatching – on almost zero notice – the 1,000-bed naval hospital ships Comfort and Mercy to New York City and Los Angeles, respectively? 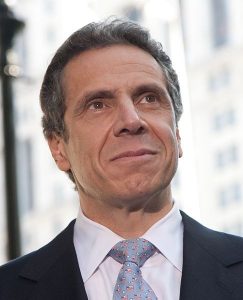 Give me a certified break: if you want to see who has bungled the response to the Wuhan/COVID19 pandemic, look no farther than the despicable Democrat Governor of New York, Andrew Cuomo.  He proudly implemented a “directive” – perhaps more accurately termed a “final solution” to the virus problem in New York nursing homes – the effect of which was a death sentence for perhaps as few as 6,000 or as many as 12,000 elderly New Yorkers.  Memo to faithful P&E readers: Typhoid Mary (Mary Mallon) was estimated to have infected 53 people, three of whom died.  And, by the way, although “asymptomatic,” she was twice quarantined by New York officials between 1907 and 1938 and spent nearly 26 years – that’s right, Virginia, almost three decades – in isolation.  How’s that for a deprivation of constitutional rights?

It will be absolute popcorn heaven to watch the Democrats reprise their 2016 molar gnashing when the reality sets in that Orange Man Bad – once again – has poked them in the eye.  Their left eye, of course.  Perhaps their vision will improve if they start using their right eye more.