Who, Exactly, is the Racist Here? 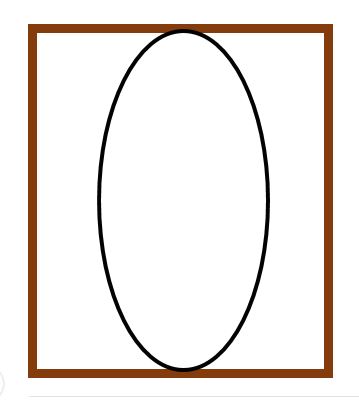 (Jul. 3, 2020) — As the toxic anger of Antifa and BLM2 continues to metastasize into insanity, a brief discussion of “racism” may be in order.  Since the word has become the preferred slur du jour of the Left, the congressional Democrats and their media sycophants, perhaps the time has come to probe its meaning more deeply and pose the question: who, exactly, are today’s racists?

The term “racism” is defined by Webster’s as “a belief that race is the primary determinant of human traits and capacities and that racial differences produce an inherent superiority of a particular race.”  Stated otherwise, racism espouses, among other things, that if one race is “superior” to another race, that “other” race (or races) must, by definition, be “inferior” to the “superior” one.  Otherwise, the linguistic distinction between the two is tautological and meaningless.

Which brings us to the issue of the adage of late: “Black Lives Matter.”  According to the Antifa and BLM2 goons, the phrase is now somehow exclusively appropriated by the Left and, as such, variations on the phrase are forbidden.  It is almost as if it has been de facto copyrighted by the BLM and BLM2 movements.  One cannot infringe on the sentence by saying, for example, that “brown lives matter” or, worse yet, “all lives matter.”

Indeed, for the very infraction of saying in a public forum that “all lives matter,” people have been excoriated, threatened and fired from their jobs.  Moreover, as but one of many other examples, Cornell University Law School professor William Jacobson was recently rebuked by the law school dean for having the audacity to objectively examine and dismantle the faux bona fides of the Black Lives Matter movement.  Who says the speech and thought police don’t exist?  Rest assured, the Left does not want those police defunded or disbanded.

As one drills down into the language at issue, the words “all lives matter” plainly cover lives which from a racial or ethnic perspective include, rather than exclude, white lives, black lives, brown lives, red lives, albino lives, etc. etc.  That is what the term “all” means: it is the totality of racial and ethnic “lives” being addressed.

But if one dares to infringe on the de facto copyrighted phrase by asserting that “all lives matter,” one runs the risk of being targeted for a stabbing in the neck.  Clearly, demented as it may be, the rationale behind the “copyrighted” sentence is that one specific pigmentation of a life matters: black.  Not brown.  Not white.   Not plaid or polka-dot.  Black.

Furthermore, the argument that the mere positing of the empirically accurate assertion that “all lives matter” is “problematic” and somehow dilutes and marginalizes “black lives matter” is intellectual goo.  And yet, it is offered up as a basis for censoring and punishing those who would dare to differ.  The author of that “problematic” article is a senior at a San Gabriel, California high school, so she can be forgiven for a degree of immature, illogical thought.  But recall that high school seniors often become politicians who purport to have control over others.

There is an analogue to this “black lives matter” vs. “all lives matter” principle in the law: “expressio unius est exclusio alterius,” meaning “the expression of one thing is the exclusion of all others.”  Stated otherwise, when one or more things of a class are expressly mentioned (e.g. “black lives”), others of the same class of “lives” not mentioned are excluded.

Accordingly, the argument can be made that those who would appropriate to their exclusive possession, control and use the declarative sentence that “Black Lives Matter” – thereby contending, overtly or by necessary implication, that no lives other than black ones matter – are practicing the same species of semantic racism they purport to condemn.  Their jealous insulation of the sentence from use or modification by others who do not subscribe to and accept the narrative of the exclusivity and superiority of the “copyrighted” words over other variations constitutes, in effect, the practicing in a linguistic context of the same species of discrimination which, in the area of ethnicities, fits the classic definition of “racism.”

And so, Virginia, when a BLM2 or Antifa thug screams the sentence, wears a T-shirt or waves a sign with the sentence emblazoned on it, the best example of the racism being decried will be seen in a mirror into which the thug – or the thug’s enablers and apologists in the mainstream media – stares.