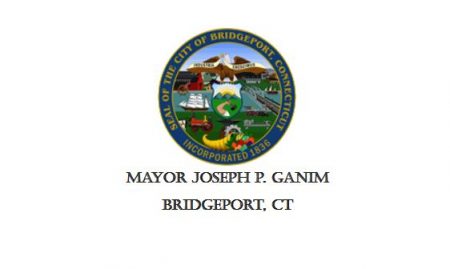 (Jun. 22, 2020) — Bridgeport, CT – Mayor Ganim and Chief Thode recognized Firefighters from Ladder 11 of the Bridgeport Fire Department for successful, heroic efforts to save the life of an unconscious four-year old boy at 2407 Fairfield Avenue on June 19th, 2020.

At 9:18 a.m. on Friday, Bridgeport Fire Department was notified of a traumatic injury and arrived on the scene in less than two minutes from the reported call to find a four-year-old boy unconscious.   The boy had gotten his head stuck in a vehicle power window; a good Samaritan that witnessed the child in distress broke the window to free the boy.  Once on scene Ladder 11 established command with firefighters, immediately administering oxygen and chest compressions.  After a minute or so of life-saving efforts, the child started to gasp for air and a pulse was finally detected.

Mayor Ganim stated, “The Fire Department and city first responders continue to prove their dedication to protecting our community with fast response times and quick thinking on the scene.  These firefighters from Ladder 11 exhibited an amazing act to save the life of a child.  Truly remarkable.”

“As Fire Chief, I could not be prouder of the heroic acts of members of Ladder Company 11.  This is just another example of the work that Bridgeport Firefighters do every day.”  Chief Richard Thode added, “We really want to make sure this incident highlights precautionary measures for child safety.   If the car is running, those windows can be active, and it only takes a second for an accident to happen.”

The young boy was transported to the hospital by paramedics and is expected to make a full recovery.