How Is The Entertainment And News Industry Doing In This Time Of Crisis? 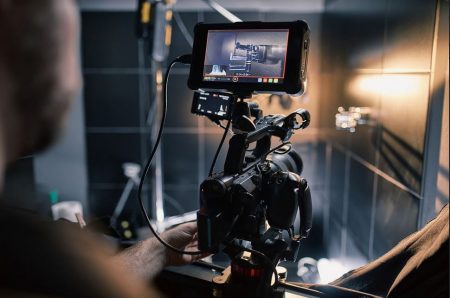 (May 11, 2020) — The COVID-19 pandemic has affected the entire world population physically, mentally, emotionally, and even economically. A lot of businesses have been forced to close without any confirmation on when they can resume operations. As some retailers switch to online shopping, the entertainment and news industry has also adopted and done all they can to survive this crisis.

Here are some of the entertainment and news industry trends that have developed during the coronavirus pandemic:

One of the significant impacts that COVID-19 has for the entertainment and news industry is that it led to a dramatic decline in TV advertising profits. Businesses have made cuts on their budget for TV ads.

Moreover, live shows and sports events have been canceled, which has also led to a drop in TV stations’ profits.

Nonetheless, this doesn’t mean that a career in communications is impossible during and after the pandemic. Businesses must continue to promote their respective brands, as well as products and services, but they should cater to the evolving preferences of consumers.

As mentioned above, stadiums that used to host live sports events have closed indefinitely, which has affected TV advertising revenues. Film studios and cinemas have also temporarily suspended operations to comply with government mandates on voluntary isolation and self-quarantining to prevent the further spread of the virus.

With this, the production and release of several movies have been halted or postponed. Plus, there’s still no definite time when studios and cinemas would be allowed to operate again.

While there have been reports on the development of a vaccine, it’s still highly unlikely that the disease will disappear quickly. The movie industry may evolve with the times and look at alternative platforms for delivering their masterpieces to the masses.

Meanwhile, these are the films that have been delayed: 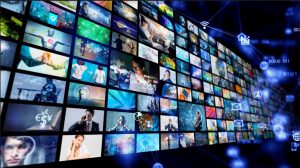 More networks and studios have taken advantage of modern technology to provide direct-to-consumer streaming services. There are predictions that platforms with extensive content libraries will succeed in today’s new entertainment and news norm.

This means that broadcasters should provide more variety in their offerings. Aside from video content, providing consumers with music and games could increase their profits.

Now that advertising practices are more targeted, most direct-to-consumer platforms earn money through ads that are shown along with their content. Often, this setup comes with an option to avail of their subscription for an ad-free experience.

Netflix’s subscription model has been emulated by other platforms. The company offers a free one month trial, but it charges a fee to users afterward. In exchange, members can enjoy watching movies without ad interruptions. This arrangement is one of the reasons why the streaming service is successful.

The coronavirus pandemic has led to drastic changes in the way people consume entertainment and news. Studios and stations have made adjustments as well to accommodate the new norm.

TV advertising revenues have dropped significantly as live shows and sports events have been cancelled or postponed. The film industry has also been affected with the movie release dates being pushed back later in the year or next.

With this, more and more companies are launching their direct-to-consumer streaming platforms. This setup often comes with a subscription plan to give viewers the option to enjoy an ad-free experience.

How Is The Entertainment And News Industry Doing In This Time Of Crisis? added on Monday, May 11, 2020