WILL “COMPASSIONATE CARE” BECOME THE STANDARD? 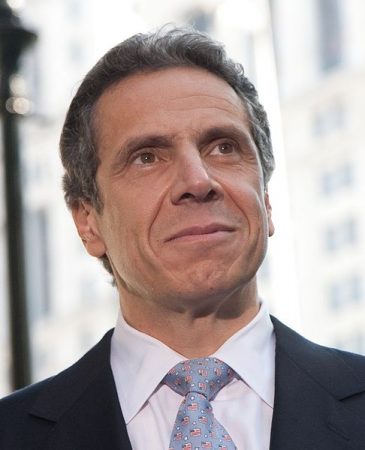 (Mar. 23, 2020) — In a late Monday morning press conference, New York Gov. Andrew Cuomo confirmed that New York City will be receiving a shipment from the federal government of chloroquine and azithromycin for experimental use on patients suffering from the novel coronavirus which has resulted in more than 360 deaths nationally and shuttered the U.S. economy for the last ten days or more.

In what has become a daily press briefing, Cuomo attempted to raise the spirits of his constituents while expressing the seriousness of the coronavirus pandemic and the need for “social distancing.”

Meeting the needs of hospitals in upstate New York, Cuomo said, does not appear to be problematic, but New York City is another matter, with confirmed cases rising dramatically each day in addition to hospitalizations.  Following the presser, Cuomo toured the Jacob Javits Center, which he and other state officials are considering converting into a hospital facility if necessary.

On Sunday evening, President Trump and his Coronavirus Task Force provided updates on developments which affect the entire country but also the states of New York, Washington and California, which requested designations as special disaster areas due to the high incidence of coronavirus.

As he had on Friday, Trump personally expressed optimism about the possibility that chloroquine and the antibiotic azithromycin might serve to reduce the duration of the illness and possibly save lives based on what he views as “strong evidence.”

Chloroquine is been used for the treatment or prevention of malaria, according to the CDC, while azithromycin “is used to treat many different types of infections caused by bacteria, such as respiratory infections, skin infections, ear infections, eye infections, and sexually transmitted diseases,” according to drugs.com.

On Monday morning’s “Fox & Friends,” Dr. Mehmet Oz also expressed optimism about the possibility of treatment for the coronavirus. He conferred with colleagues at Columbia University over the weekend, he said, as well as with a French physician who he said presented compelling evidence that the combination can be successfully used now, even without clinical trials.  Oz’s message was to urge the administration to produce and rush to heavily-affected areas the two drugs, which he said are in short supply given increasing anecdotal evidence of their effectiveness.

On Friday and Sunday, NIAID Director Dr. Anthony Fauci was more guarded when asked about the efficacy of the drug combination on coronavirus patients. While stating that he empathizes with Trump’s hopeful outlook for treating Americans besieged by the virus, Fauci emphasized that it has not been put through the customary clinical trials required for FDA approval.

The medicine combination, Cuomo said this morning, is expected to arrive Tuesday morning and will be utilized under the “compassionate care” FDA rule.

Additionally, Cuomo revealed that another possible form of treatment which involves injecting antibodies into an ill person is on the horizon.  Transferring blood plasma and antibodies “from a person who has been sick” to an ill patient is believed to stimulate the person’s immune system to fight the disease, Cuomo said.  “It’s only a trial; it’s a trial for people who are in serious condition, but the New York State Department of Health has been working on this with some of New York’s best healthcare agencies, and we think it shows promise, and we’re going to be starting that this week.”

He said a test exists to determine if an individual has already had the coronavirus.  “We all believe thousands and thousands of people have had the virus and self-resolved.  If you knew that, you would know who is now immune to the virus and who you could send back to work, etc.,” Cuomo said.

In New York State, he reported, the number of “positive” cases is 20,000, with 5,000 new cases since Sunday.  “The trajectory is going up; the wave is still going up, and we have a lot of work to do to get that rate down and get the hospital capacity up,” Cuomo said. “None of these numbers are good.”