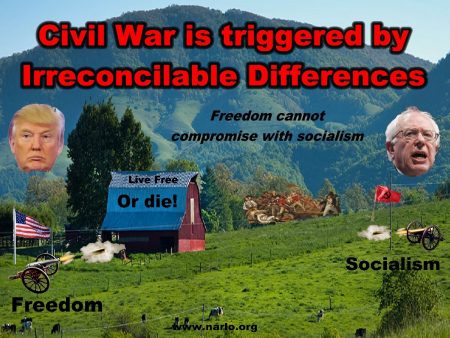 (Feb. 29, 2020) — “Something is wanting, and something must be done, or we shall be involved in all the horror of failure and civil war without a prospect of its termination.”  Henry Knox, military officer in the Continental Army (1750 – 1806)

America is indeed a great country.   From sea to shining sea, we live in unrivaled splendor and beauty, from seashore to majestic mountain ranges where eagles soar on the wind, to the fertile great plains of the Midwest where the buffalo roam and to the deserts of the Southwest where the snakes and scorpions prowl and back to the sea again. Very few places on earth can match the exceptional geography of America.

In a previous article we wrote: “In spite of all of our individual and collective faults, there is a ‘great good’ that exists in a very large number of us.  That good is personified in a wide range of human traits and behavior including private and public achievements, bravery, courage, sacrifice, industry, creativity, empathy, generosity, spontaneous volunteerism and spirit, either as individuals, or as a society.   Unfortunately, due to the distorted window through which we view our information, that ‘great good’ in us seems to be eclipsed by an over-zealous emphasis on that which appears to be ‘bad’ within us.”

Nevertheless, with fear and trepidation, we transition from the bright light of 244 years of American liberty to the darkening skies of government-instituted tyranny and socialism and maybe even fascism.  We fear for our liberty, our security and our lives.  We fear for our children’s future.  We fear for our beloved America.  Will she continue under the flag of freedom, or will she descend into the depths of socialism, depravity, mind-numbing mediocrity, bankruptcy, slavery and more likely war?  Are we to be consumed by the growing national and international power of those who would enslave us, or will the strength of our belief in freedom and liberty be enough to overcome the evil beast that is hell-bent on wrapping us in chains?

Instead of living under the one ideology of individual freedom, over 100 years ago we split into two opposing ideologies with the birth of Progressivism.  One ideology believes in the principles of individual liberty as outlined in America’s Supreme Law of the Land, the U.S. Constitution.  The Progressive ideology has attached itself to a Karl Marx Communist Manifesto whose principles are founded on the collective and the alleged infallible power of the state, not the individual, as follows:

The principles of these two opposing ideologies, socialism vs. freedom, are mutually exclusive.  They are in contradiction with each other.  There is no compromise between the two.

The socialism side is now viciously and violently attacking the freedom side throughout America.  They are doing everything in their power to squelch the opinions and beliefs of those who support individual freedom.  To not fight back is a sign of weakness and only emboldens the socialism side.

A bully not confronted and taken down is a bully empowered to continue on his path of destruction and devastation of lives and livelihoods, especially those self-righteous bullies who bully others under the false flag of irrational compassion, such as taxpayer-funded free health care and other subsidies for illegal aliens that Presidential Candidate Bernie Sanders is promoting.

Bernie’s rise to the apparent front-runner in the presidential election year of 2020 is further proof that millions of Americans have crossed over the tipping point into the mindset of socialism.

One man or woman, or a group of men or women, with governmental power over the masses but without limits, oversight, or confronted by a force of equal power, will eventually assume absolute power.  The national and international ruling class, oligarchs, industry titans, elites, anarchists and socialists are well on their way to assuming absolute world power.  If they succeed, war in America is inevitable.

In a divorce between a man and woman, the reasons often given are lack of commitment, too much arguing, infidelity, lack of trust, marrying too young, unrealistic expectations, lack of equity in the relationship, lack of preparation for marriage and physical and mental abuse.  Several of these reasons can be summed up in two words: “irreconcilable differences.”

America has reached the point of “irreconcilable differences” between the two ideologies where no amount of debate or compromise can close the gap.  Something has to give.

As a nation, we lack commitment to freedom.  We are arguing too much.  Reasoned debate has turned into heated arguments and acrimony.  We lack trust between the people and our institutions.  There is lack of equity in the relationship.  And there is physical and mental abuse by one party over the other.  In such event, any resolution (divorce) is diplomacy by other means ….. WAR!, whether sooner or later.  This intractable division between the parties and the ideology can lead to no other conclusion.  Complicating the situation is unbridled corruption in our institutions, both private and public.  Truth and honor are the first casualties of corruption.  Without honor in the masses and our government representatives, freedom cannot survive.

Victory in a war is determined by which side has the wind on their back, so to speak.  Which side has the majority?  Which side is righteous?  Which side has the necessary leadership, men, materials, weapons of war, winning tactics and money to defeat the other side?  Since the socialist ideology (Progressives) has the majority and has aligned itself with the all-powerful government, the world powers, the news media and academia, it would appear that they have the upper hand.  So it would seem self-evident that socialism will prevail at the end of the battle.  But will it?

But Washington knew the landscape of the battles and he employed guerrilla warfare tactics that were devastating to the British army that marched in columns.  Washington’s army was buoyed by patriotic zeal.  Washington employed spies (the Culper Spy Ring) to gain intelligence of British movements and plans.

No, this is not 1776 and the conditions of battle would be much different today.  Government has “big” guns and a standing army.  The people have handguns and rifles but they are many while government forces are few in comparison.

So the outcome of any war is not pre-ordained at the start because one side is more powerful than the other.  The Revolutionary War proved that a small fighting force, with superior leadership, can defeat a much larger force.

As we have faith that the night will soon turn to the welcome light of day, so too we must have faith that the twilight of tyranny we now enter, as our Sun of Freedom goes down, will ultimately end in a new day of liberty on a not-too-distant horizon.  We can hold that faith because the spark of freedom in the minds of the preponderance of Americans is unique to any culture or country on Earth and it shall not, it will not, be extinguished.  It is further enhanced by the fact that so many Americans are armed.  American liberty is like bubbles in the sea that always rise to the surface in search of the freedom to “fly” in the open air.

Although silent we may be, when united, people of freedom have the power to climb over any obstacle, root out any corruption, or replace any tyrannical government.  The difficult challenge lies before us, the place is here in America, the time is now and the world is watching what we do.  This author has the unshakable confidence that true, brave and courageous Americans are up to the challenge and will ultimately prevail.  As we pass into a “night” of gathering uncertainty, so too will we pass into a new dawn of freedom, just as we did 244 years ago, and like then, we will be born anew.  President Donald Trump may very well be the catalyst to re-ignite the fire of freedom in the souls of American patriots.

It is our belief that either civil war or revolution is inevitable due to irreconcilable differences between two diabolically-opposed ideologies, even though we sincerely hope otherwise.  Nevertheless, the wise ones will arm up and stock up in preparation for what is to come.  Landowners will defend their land peacefully with our powerful, legally-intimidating No Trespassing signs, or violently with their weapons, if it becomes necessary, and it is quite likely it will become necessary.

Remember, “Life is a never-ending fight to stay alive and a fight to keep others from taking your life, your property, or your liberty from you.”  The evil forces within government, the world elite and socialist and environmental special interests are trying to do just that unless freedom-loving Americans stop them.  If you want to preserve freedom, you are going to have to fight for it ….. by whatever means!

6 Responses to "Where Else Can It Lead But Civil War?"