(Feb. 23, 2020) — On March 6, 2019, The Post & Email submitted a FOIA request to the U.S. Attorney’s Office for the Southern District of New York (SDNY) for any and all communications exchanged between the office and Special Counsel Robert Mueller and the office and four members of Congress in response to their November 7, 2018 request for “preservation of records.”

On November 8, 2018, the four congressmen announced “investigations” on the website of the House Judiciary Committee into the November 7, 2018 termination of U.S. Attorney General Jefferson B. Sessions and those they said they intended to conduct parallel to that of then-Special Counsel Robert Mueller.

At the time, Mueller’s team of prosecutors was investigating Russian interference in the 2016 election and alleged “collusion” between the Trump campaign and the Kremlin, tasks which were completed in March 2019.

In the November 6, 2018 midterm elections, Democrats won the majority of seats in the U.S. House of Representatives, while Republicans added two seats to its narrowly-held majority in the U.S. Senate. Consequently, one of the signatories, Rep. Jerrold Nadler (D-NY10), was then positioned to become chairman of the House Judiciary Committee, a role in which he has served since January 2019 in the 116th Congress.  Likewise, Rep. Adam Schiff became chairman of the House Permanent Subcommittee on Intelligence (HPSCI), and the late Elijah Cummings assumed the chairmanship of the House Oversight & Government Reform Committee, serving until his passing in October 2019.

Democrats renamed the latter to “Committee on Oversight and Reform.”

“We remind you that concealing, removing, or destroying such records may constitute a crime, may result in the immediate disqualification from holding a position in the federal government, and may be punishable by up to three years’ imprisonment under federal law,” the four congressmen wrote to the U.S. Attorney for the Southern District of New York, citing 18 U.S.C. § 2017 and 44 U.S.C. § 3106.

On November 7, the day after the midterm elections, Sessions submitted his letter of resignation after Trump’s oft-expressed displeasure with him over his recusal from the Mueller investigation and all things “Russia.”

Our request to the U.S. Attorney for the Southern District of New York asked for all documents exchanged between the congressmen and the office dated between “October 1, 2018 and March 6, 2019 exchanged among any official at the United States Attorney’s Office for the Southern District of New York and the following individuals: Rep. Elijah Cummings, Rep. Jerrold Nadler, Special Counsel Robert Mueller, and Rep. Adam Schiff.”  After submitting our request online, we received the following acknowledgement:

This message is to confirm your request submission to the FOIAonline application: View Request. Request information is as follows:

On April 22, 2019, The Post & Email through standard mail appealed the EOUSA’s claim that it held no responsive documents, enclosing a copy of the congressmen’s letter to “Mr. Robert Khuzami, Deputy U.S. Attorney at the SDNY.  Our appeal was acknowledged a week later on April 29, 2019 and assigned Request Tracking Number EOUSA-2019–002045.

On Saturday, February 22, 2020, we received a response to our appeal in an undated letter containing two pages of responsive documents:  a copy of the letter Nadler had sent to the EOUSA. 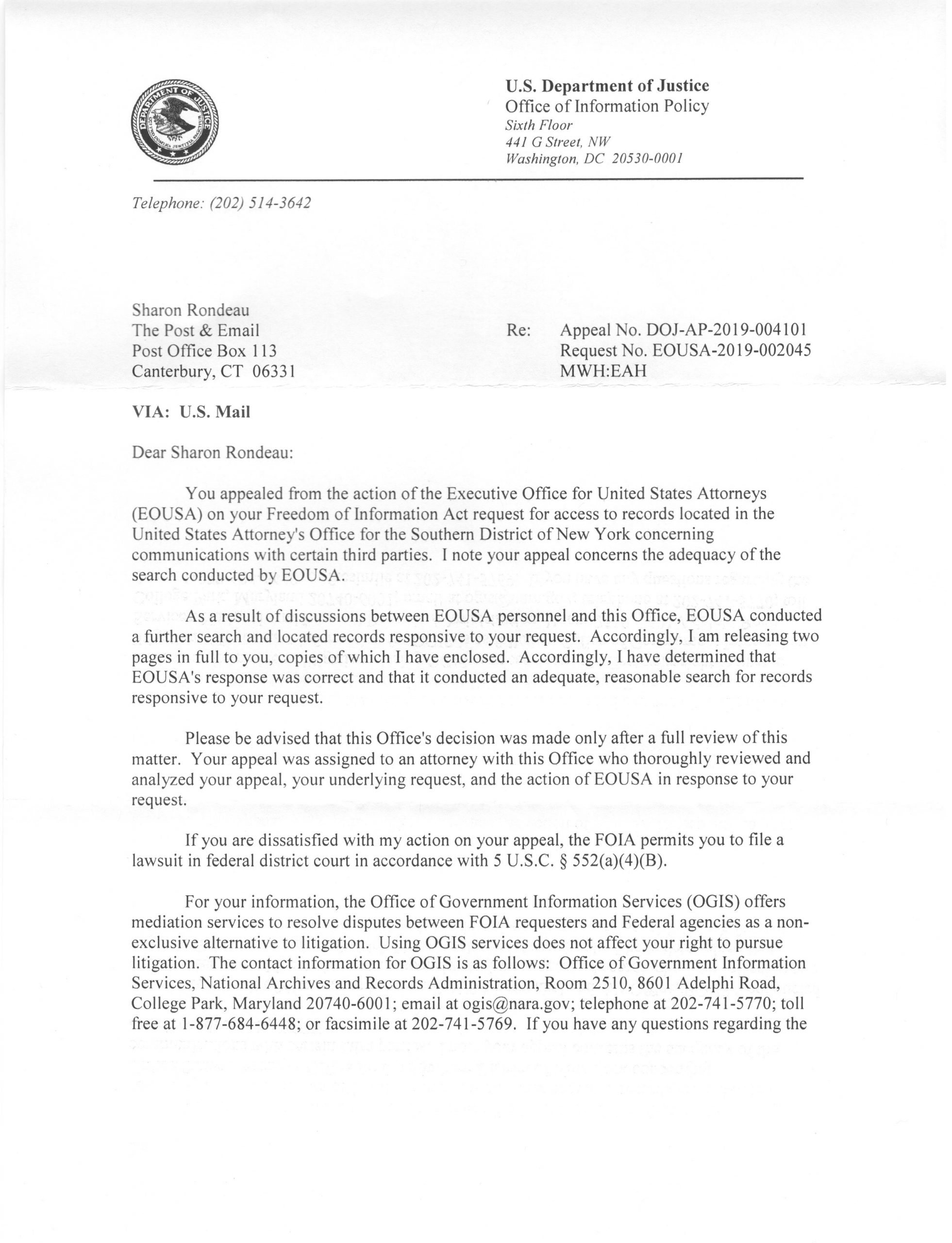 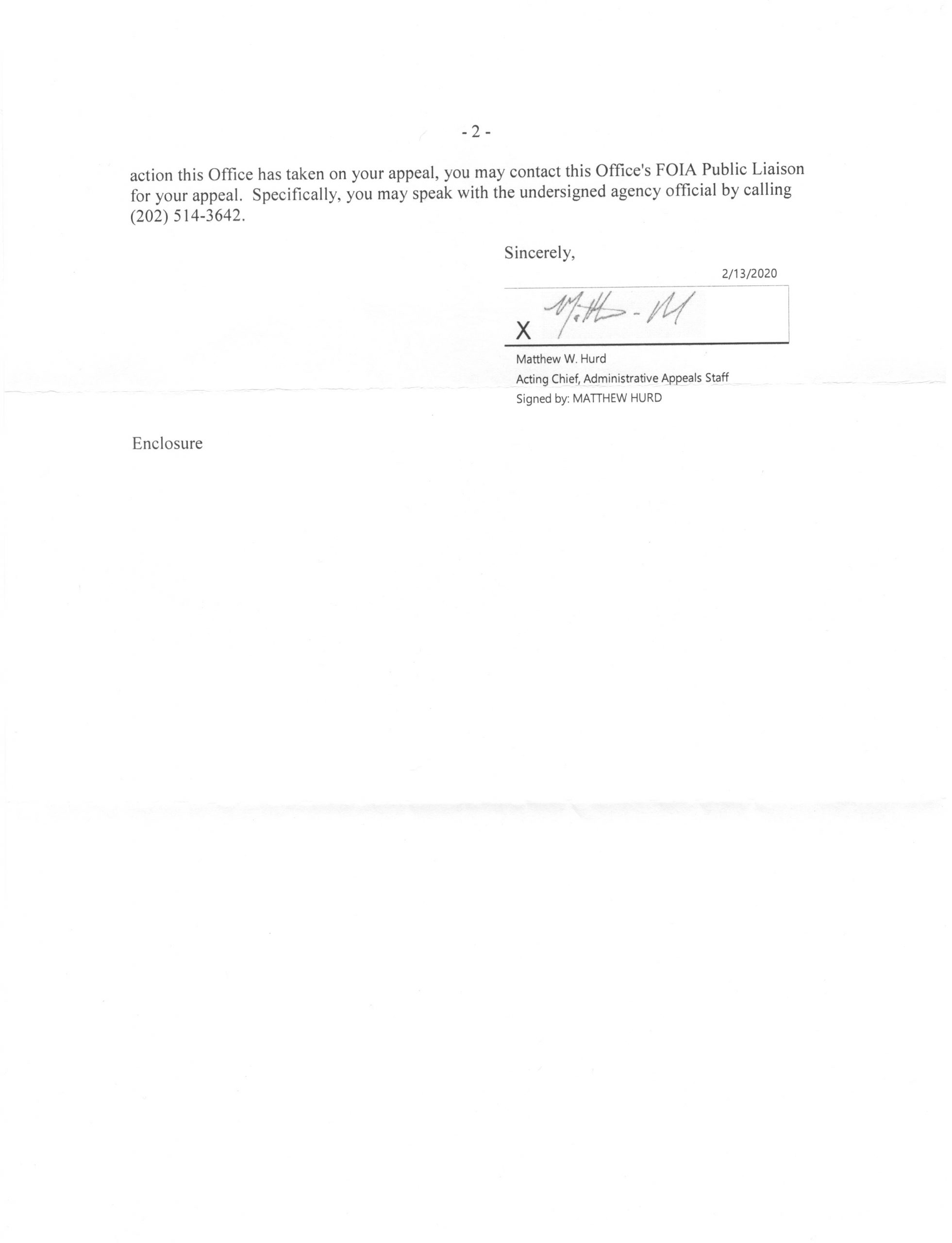 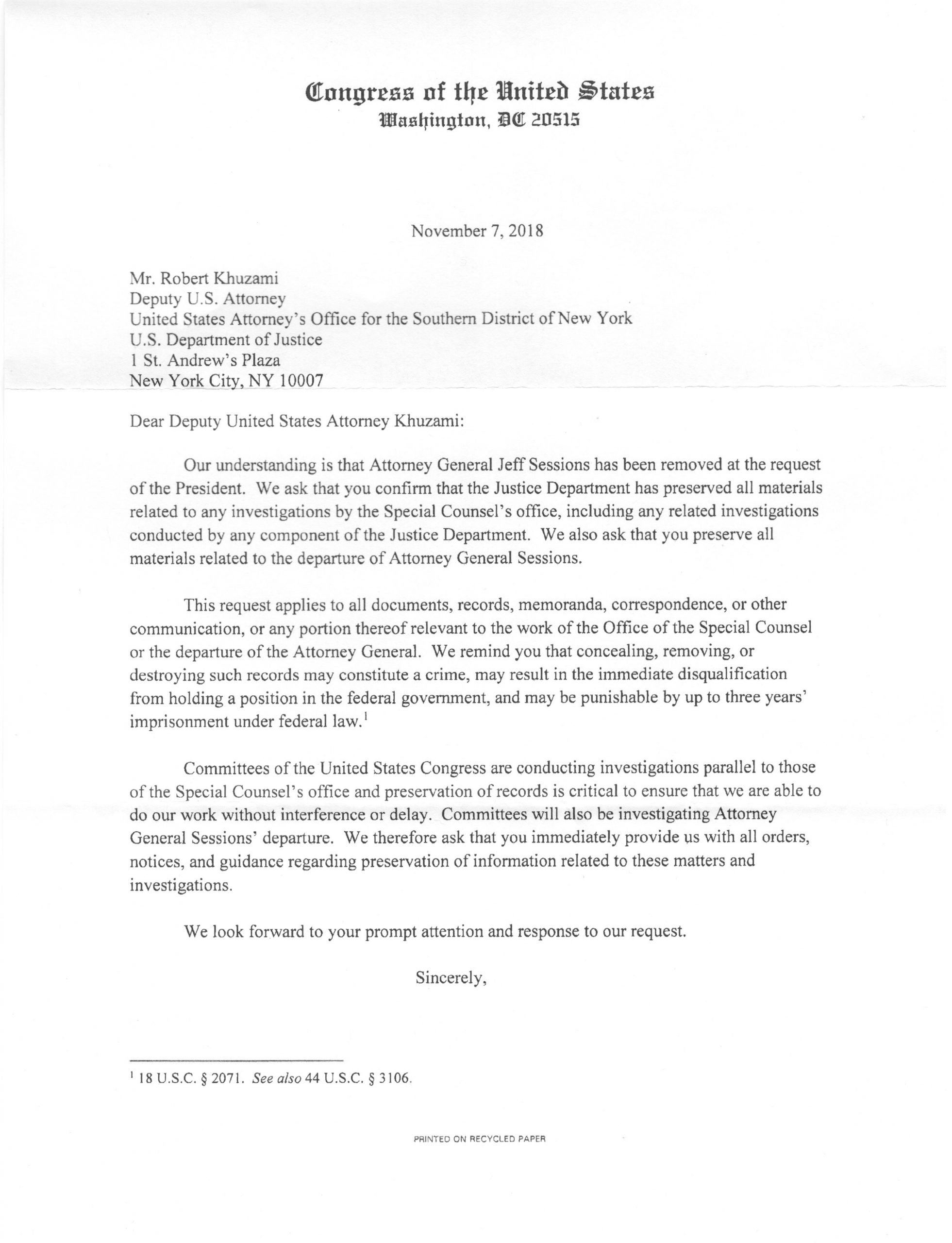 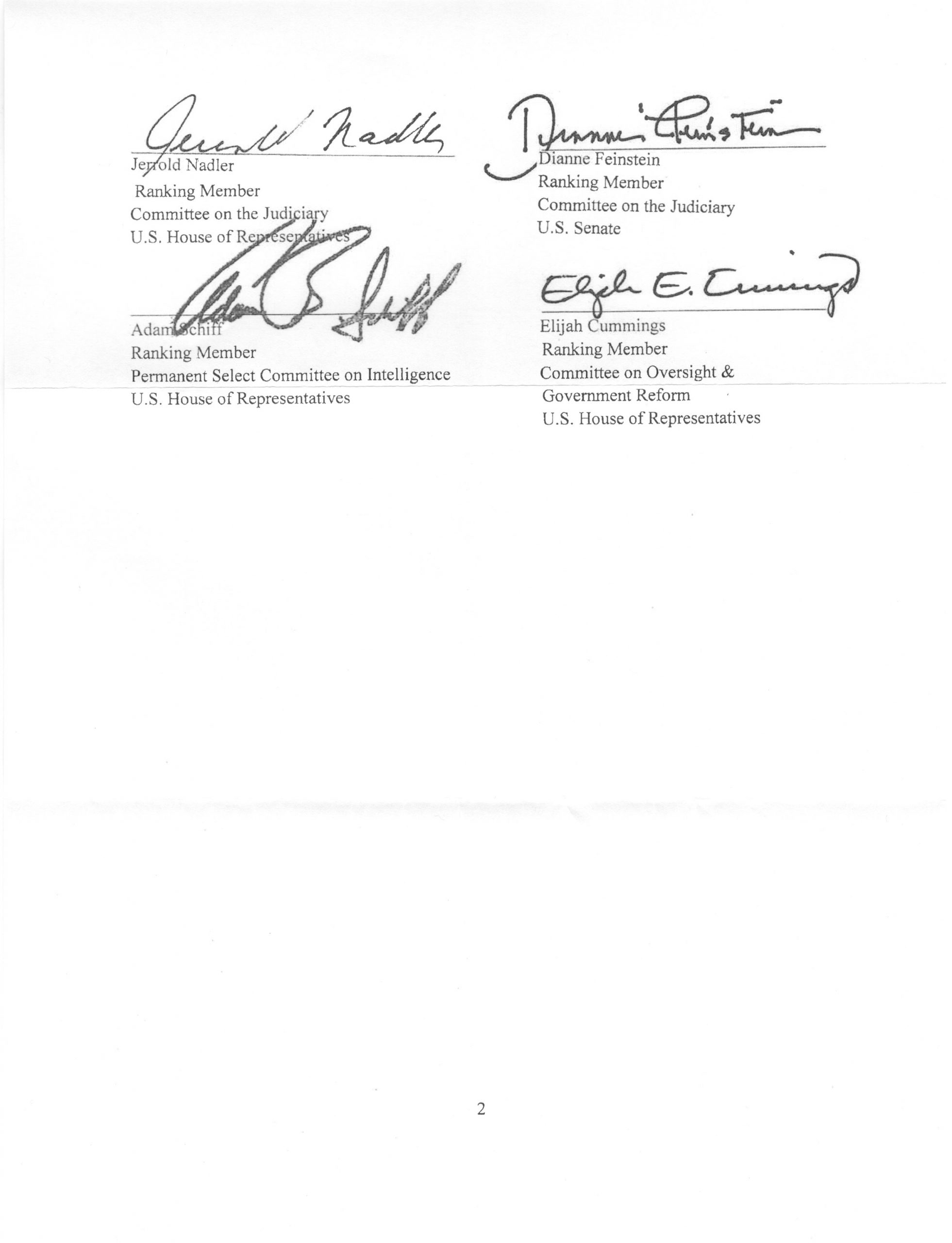