“AN EMPTY SLATE WITH A THIN RESUME”

(Feb. 13, 2020) — Former South Bend, Indiana, Mayor Pete Buttigieg is a rising star in the Democratic Party. A mere year ago, few could have picked him out of a police lineup. Now he’s the presumptive front-runner of the centrist faction of the party and – for the moment, at least – the most likely person for “Stop Bernie” forces to coalesce around.

But few know much about him, if anything. His personal biography seems to revolve around two data points. First, that he’s a gay Christian. Second, that he’s a former Navy intelligence officer.

The latter of the two has not had any significant scrutiny. When “Mayor Pete’s” military record is subjected to even the slightest bit of observation, however, some disturbing facts and damning questions begin to leap out. The question at the bottom continues to be: Who is Pete Buttigieg?

Mayor Pete likes to talk a lot about his deployment to Afghanistan (more on that later), but he also spent some time in Iraq when he was working for McKinsey and Company as an energy, retail, economic development, and logistics consultant. He makes a passing reference to having been in a “safe house in Iraq” in 2007, in his memoir Shortest Way Home. Indeed, Buttigieg spent time in both Iraq and Afghanistan while he was working with McKinsey and Company. This time period (2007-2010) also overlaps with his time as a Naval intelligence officer (2009-2017).

McKinsey isn’t just any global management consulting firm. They have a contract with the Department of Defense as part of a broader Task Force on Business and Stability Operations. This project was criticized by Minnesota Congresswoman Betty McCollum in 2011, as an inappropriate use of military resources. Why, after all, is the military being used to create an attractive investment and growth environment for American companies? One of the tasks carried out by the task force was to help Kate Spade source raw materials for her handbags.

In 2009, McKinsey was given an $18.6 million contract that expanded their work from Afghanistan into Iraq.

Pete refuses to answer questions about what he was doing with McKinsey during this period, citing a non-disclosure agreement that’s over 10 years old. What we do know, however, is that Buttigieg was stationed in Herat Province for part of his resumé-building tour of duty, where McKinsey was also very active.

Unfortunately, there aren’t a lot of dots to connect here, but the dots we have are worth noticing. Just like it’s worth noticing that Buttigieg found time to volunteer for Barack Obama’s 2008 presidential campaign, Pat Bauer’s Indiana gubernatorial campaign, and enlist in the United States Navy – all while he was still working at his high-powered consulting gig with McKinsey. He finally left McKinsey in 2010, when he launched his losing bid for Indiana State Treasurer.

How exactly did Mayor Pete end up in the Navy? It’s interesting for a man who touts his service so readily, that he’s reticent to discuss it in any detail. This is no doubt related to the classified nature of his work, but it’s probably also related to how he ended up in the Navy in the first place.

The Navy Reserve’s direct commission officer program allows ambitious young professionals to pad their resumé with military service (usually in intelligence and public affairs) without having to go through tedious processes like basic training or officer candidate school. Indeed, the program has men like Buttigieg in mind: Those who want to serve, but not so badly that they’re going to put their civilian careers at risk to do so.

A highly competitive program, it receives thousands of applicants every year, accepting around a quarter of them.

This program has become de rigueur for a certain type of politically inclined social climber. Indeed, several senior members of the Trump Administration have used this program to add military service to their resumés. Sean Spicer, Reince Pribus and Veterans Affairs Secretary Robert Wilkie are just three within the Administration who have benefitted from this program. It’s also popular with the rich and politically connected: George P. Bush, Hunter Biden, and Jimmy Pannetta are all alums.

The alums from this program form a tight-knit network within the government, including at the CIA, with many officers having served at Guantanamo. Buttigieg’s former commander was once the chief linguist at Gitmo, according to his LinkedIn page.

Buttigieg likes to brag about his 119 trips outside the wire, but what was he actually doing on those missions? It’s difficult to say, especially when his DD-214 was left blank.

What we do know is that Buttigieg was assigned to the Afghan Threat Finance Cell, whose ostensible purpose is combating the drug trade that exploded there after the American invasion in 2001. According to Buttigieg, while there he worked closely with every civilian intelligence alphabet agency.

There are other strange bullet points on Buttigieg’s CV. Like the time he stopped off in Somaliland, a de facto independent state from Somalia, and spent 24 hours interviewing government officials in 2008, before he was in the Navy. This escapade received a glowing, first-person report in the New York Times that reads more like a carefully crafted press release than real journalism or op-ed.

One doesn’t simply just hop over to Somaliland on a whim. It’s a difficult place to get to, and once you get there, there’s nothing going on. But Buttigieg made it in and was able to liaise with top government officials who just happened to be offering up their main port to AFRICOM, a boon that would certainly benefit the intelligence community Buttigieg later became cozy with. 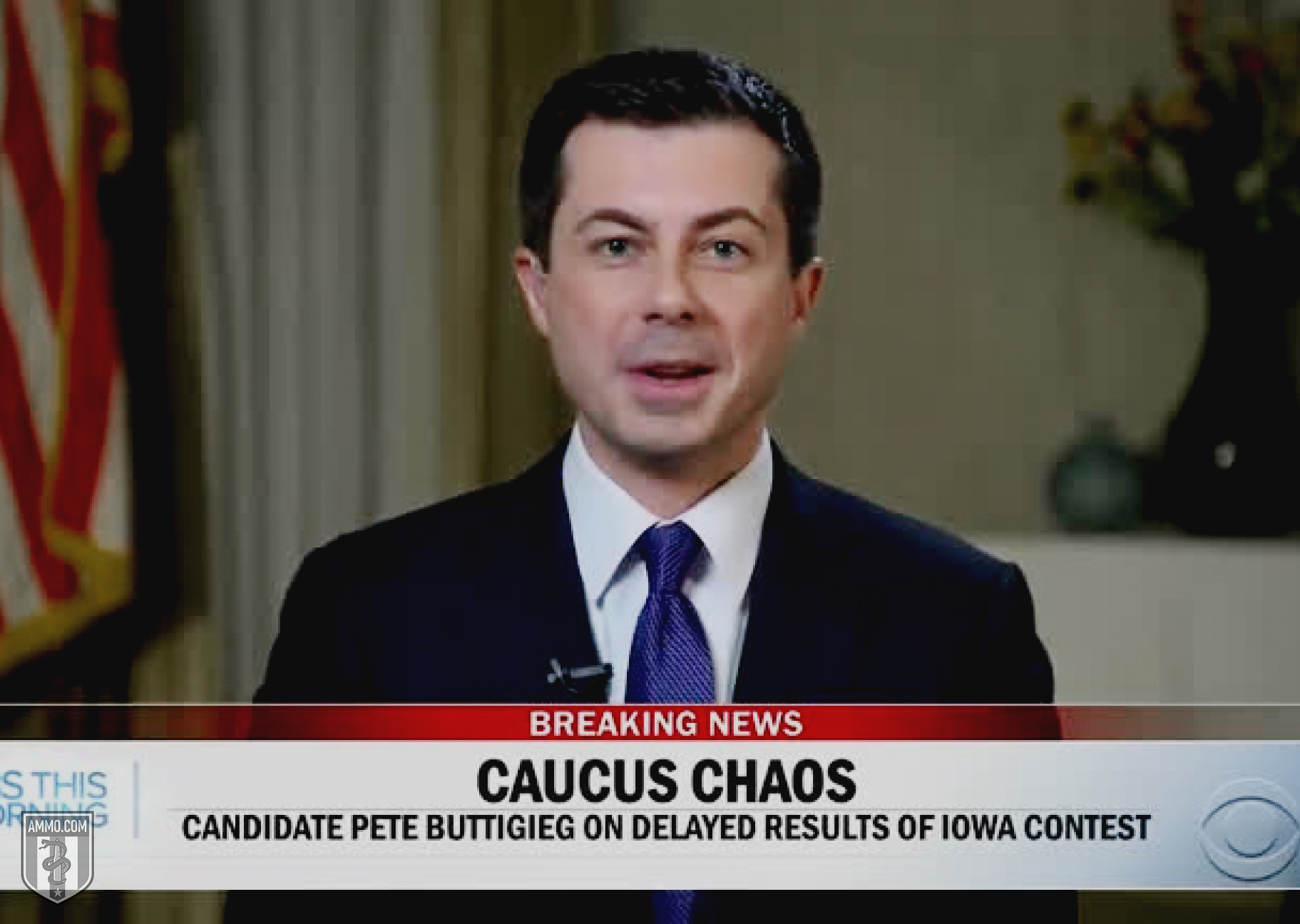 Buttigieg’s endorsements likewise raise questions. Why, for example, does a who’s who of spooks and coup plotters want the mayor of a small Indiana city to be the leader of the free world?

Former CIA Deputy Director David S. Cohen is a big-time backer of Mayor Pete. Known as “the sanctions guru,” he crafted the sanctions the Obama Administration levied on Iran, North Korea and Russia. Cohen continues to appear before think tanks encouraging intervention in Venezuela. Other spook endorsements come from Charlie Gilbert, former deputy director of the CIA’s National Clandestine Service, John Bair, former chief of staff of the CIA’s Middle East Task Force, and Dennis Bowden, who spent 26 years in vaguely defined “executive leadership positions” in the CIA among other CIA bigwigs. Robert Stasio, former chief of operations at the NSA Cyber Center, Robin Walker, former deputy intelligence officer of the Director of National Intelligence and William Wechsler, former deputy assistant secretary for special ops at the Department of Defense are three spook backers of Mayor Pete outside of the CIA.

The Grayzone has an article that is little more than a list of Mayor Pete’s spook endorsements, which also includes ties to USAID, the World Bank, and the Inter-American Development Bank. The son of the president of Afghanistan is a senior foreign policy advisor for his campaign.

Why Mayor Pete? Because much like the spook community’s previous favorite, President Barack Obama (whose partisans continue rear guard action against the Trump Administration through the intel community), Pete is an empty slate with a thin resume and no convictions. His electoral appeal is mostly an imagined yearning of middle America for a gay Christian president, a bizarre fever dream of the media class.

For what it’s worth, Pete’s backers, be they spooks or not, do not seem to be taking “no” for an answer. Signs point toward the recent electoral debacle in Iowa as not the shambling disaster of an incompetent Democratic Party, but as a naked power grab.

For anyone unaware, the results of the Iowa caucuses took the better part of a week to resolve, thanks to technical difficulties stemming from an app used to tabulate and track voting.

The app maker, who claims they were caught with their pants down because the app wasn’t stress tested (extremely unlikely, as anyone who has ever worked in tech will tell you), has ties to both the Democratic Party and the Buttigieg campaign.

Could the Iowa debacle be an intel operation?

Indeed, the debacle surrounding Shadow (the name of the app used to count and track votes during the Iowa caucuses) has all the marks of a psyop. Rather than fudging the vote numbers (which there is evidence for at the esoteric state delegate equivalent level, where delegates are actually decided), perhaps the goal was simply to allow Buttigieg to declare victory, reap the media whirlwind that results from winning the Iowa caucuses and prevent his chief rival, Senator Bernie Sanders, from doing the same.

Buttigieg’s campaign was invested in Shadow to the tune of $42,500. Sadly for his campaign, New Hampshire’s elections are more straightforward, with hacking protections firmly in place and thus, much harder to steal.

It’s not necessary for Mayor Pete to be a card-carrying CIA agent or a registered asset with a handler straight out of a spy novel. It’s simply sufficient for him to traffic in the same circles, share the same values and be on board with the program.

You don’t have to be a spook to do a spook’s job. For those who spend enough time in that world, it simply becomes a matter of habit.