Military Bases: Muslim and Guns or No Muslims and No Guns? (RR)

“WE CODDLE THE CRIMINALS” 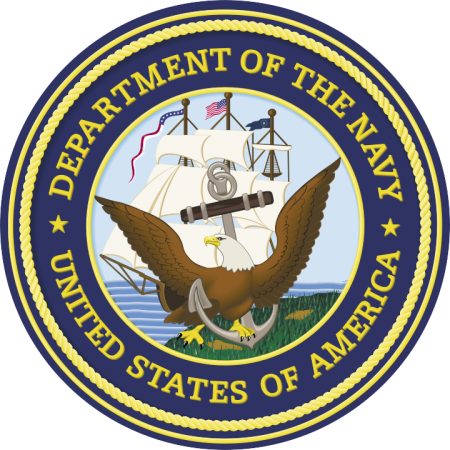 (Dec. 13, 2019) — “Good evening, ladies and gentlemen, and welcome to ‘The Pulse of the Nation,’ your one stop to hear the truth and nothing but. Hello, I’m your Roving Reporter (RR) and will be the host where I interview the people on their way to the big city via the commuter train. Excuse me, sailor, mind if I ask you a few questions? Roving for ‘Pulse.’”

“What’s your view of the Joint Chiefs of Staff?”

“A bunch of over-the-hill geezers who try and outdo one another on seeing who can mess up the works the most.”

“Who do you think is winning?”

“The Navy, hands down, Sir. It’s not so much the Joint Chiefs or the Chief of Naval Operations; it’s their wives who nag them to death about women on ships and subs. I’m telling you, the job is dangerous enough without bringing sex into the works.”

“If there were no Muslims on our bases we wouldn’t need to be armed, but because the old geezers like to put us in harm’s way — well, I think I might have said too much already. Maybe I’ll retract everything that I said.”

“Would that make you feel better, a retraction?”

“Yes, I believe it would. So now I’m saying the old geezers are really on top of their game and let’s have more Muslims in our military so more and more of us can get gunned down, just as it is now. And if you want to arm us, go ahead, but maybe limit the number of grenades they make available to the relations of Omar and Tlaib.”

“Very well-said, and thank you for visiting with us. Let us take a well-deserved break, shall we?”

“And we’re back with Carol, who is a cosmetologist.”

“None, except that one deals with hair and the other with the origin and evolution of the universe.”

“Oh, I see. So mind telling us what your work consists of?”

“Not at all. I work at articulating a theory of the evolution of black holes; I mean, how come the universe isn’t one big black hole, for instance. But we’re in the process of moving out of our offices at the University of Chicago because of, well, the unsafe atmosphere brought by, let me say, foreign students.”

“You mean the followers of Islam.”

“Yes. You want a fact? Schools cover up Muslim men raping and killing white women students, and what’s worse is that the cops don’t investigate, the DA’s don’t prosecute, the courts don’t punish and the news doesn’t report. So we’re packing the whole department up and going to an undisclosed location. This I’ll tell you: the Archeology Department has closed its doors and the Anthropology Department will soon follow. It seems that there was nothing before Mohammad, so why bother studying ancient history? Besides, Muslim men make it extremely uncomfortable for women in the classroom. It got so bad that I had to wear a scarf in order not to get jostled and spit on, besides the snide rude-and-crude snickerings.”

“Yes, it is, and we have our government’s Deep State to thank for this invasion of people who have no desire to assimilate the American way of life. No equal rights for women, to start, and then it goes downhill from there.” 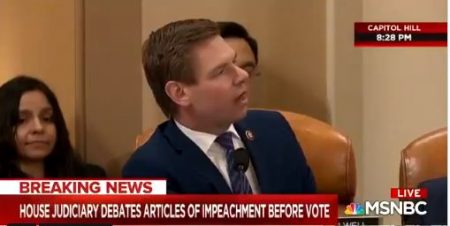 “You want an example of a couple total losers, look no further than Ilhan Omar and Rashida Tlaib, and while I’m at it, let’s throw in Eric Swalwell, who is as stupid as any of them in attempting to leave us citizens unprotected, unarmed and unenlightened. The Constitution is what makes us who we are, if anyone didn’t know. And here’s my train. Goodbye, Mr. Roving.”

“Goodbye, Carol. What do you say we break for a commercial?”

“Then you’re it. What’s your name and what’s your pet peeve of the day?”

“My name is Jacob and my pet peeve is about that young girl who was murdered — stabbed to death — in New York the other day. And then I read about some husband murdering his wife and he gets 20 years. Okay, I’ll break it down for you: violence as a problem-solving technique is pretty childish. I say round them up and hang them. Now, getting back to the guy who got 20 years, that’s a mistake. Hang him and that’s what I would call the end of the story. We coddle the criminals, is what we do, and then act surprised when they maim and murder.”

“Now you’re talking. I have no problem in swift justice.”

“That’s right, Mr. Roving; a rope can be used time and time again. We coddle and they kill us. And, yes, I know we’re supposed to have a gun-free city, but I carry and so do my wife and kid. Look, it’s good to have responders but it’s even better to deal with the problem as it is happening, and not wait around for the cavalry to arrive. Think of a fire extinguisher to a fire as a gun is to crime and violence and you begin to get the picture. Do you let the fire spread while you wait for the fire trucks, or do you put out the fire with the fire extinguisher at hand so it doesn’t do any more harm? Just too bad that young lady couldn’t protect herself.”

“They say she had pepper spray.”

“Bye. And that’ll be it for today, except the Democrats have just sunk their party forever, which is to be expected with the likes of Schumer, Cortez and Pelosi.

“Too bad about that girl, getting stabbed to death. Going out at night nowadays is getting pretty darn dangerous. I carry, but even I’m concerned for my safety in the daytime. They say that Ted Bundy picked his victims as deliberate strangers, just out of the blue, whenever the opportunity arose. I remember the story about the newlyweds at some ski lodge and the wife said she was going up to her room to grab a sweater, and the husband just sat there and didn’t go with her. Not me, there’s no way I’d let my wife go up to our room for a sweater by herself. And now, on behalf of the crew, I’ll be wishing you all a goodnight: Goodnight.

Military Bases: Muslim and Guns or No Muslims and No Guns? (RR) added on Friday, December 13, 2019