“DO THE RIGHT THING” 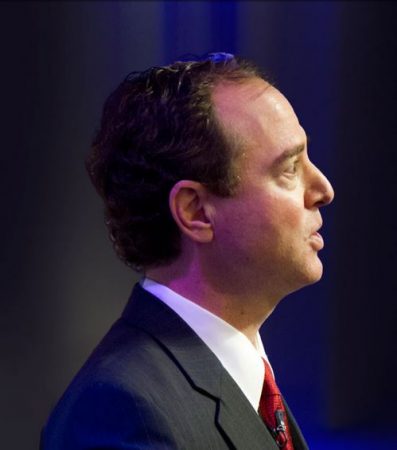 (Nov. 20, 2019) — One of the older adages guiding us through time is this: “What’s good for the goose is good for the gander.”  Stated otherwise (for the Millennials and Gen-Xers reading this…), a person or situation should be treated the same way that another similarly-situated person or circumstance is treated.  To do otherwise is to engage in rank hypocrisy, which of course explains why the current “impeachment inquiry” being orchestrated by House Speaker Nancy (“I-left-my-brain-in-San-Crapcisco”) Pelosi and her bug-eyed marionette Adam (“I-know-not-who-the-whistleblower-is”) Schiff is cratering on Capitol Hill.

To be clear, so far, this Volksgerichtsof  has produced vivid expressions of angst, disappointment, jealousy, impressions, envy and confusion… but zero probative evidence of anything even close to constituting a basis for impeachment of President Trump by the House, let alone his conviction by the Senate.  Even Slick Willie’s impeachment was based on solid evidence that he lied under oath – a euphemism for “perjury” – to a grand jury.  Yes, Virginia, Bill Clinton’s perjury was a “high crime,” albeit a “felony” rather than a “misdemeanor,” and yet the Senate refused to convict him and then further stained the presidency by high-fiving the vote in the Rose Garden.

Moreover, the recent Pelosi/Schiff pivot from a “quid pro quo” theory to a “bribery” alternative based on results of “focus groups” and public opinion polls indicating that the latter term had more “punch” simply underscores the malignant animus of the Democrat House leadership.

And the juvenile stupidity of Adam Schiff claiming – on live television, no less – that even now, he does not know the identity of the “whistleblower” [sic] is, to politely understate the fact, two light-years beyond laughable.  These folks are truly mentally deranged if they think that anyone with a fraction of a brain believes Schiff.

The testimony of Lt. Col. Alexander Vindman just reinforced this conclusion.  The officer also “indicated” that he knows who the pseudo-whistleblower is and might have “blown” the identity cover of the person had Schiff not cut him off and gaveled into silence any further questioning by the committee Republicans on the issue.  What a certified crock.

Soooo…, here’s a modest proposal: if what is good for the goose is also good for the gander, then any patriotic staffer on the Democrat side of the House aisle who has empirical, first-hand knowledge – like maybe an audio recording or an email – that Schiff is lying should do the honorable thing: file their own whistleblower complaint with the Inspector General of the Intelligence Community or with whatever other federal “whistleblower” office or agency may exist.  The gravamen of the complaint: Schiff has lied to Congress.  The Democrat staffer would be entitled to anonymity just as is, according to Schiff, the “Ukraine phone call” complainant.

This proposal is not as far out as it sounds.  First, it would demonstrate that there is at least one patriotic staff Democrat who realizes that this entire impeachment charade is not only harming the Democrat Party, it is doing structural damage to the national body politic as well.  Second, it would prove that which is already apparent to a kindergartner: Adam Schiff cannot be trusted any farther than one can shot-put a locomotive.  Third, and perhaps most importantly, it could be “one small step” in the journey to close and heal the growing chasm between Republicans and Democrats which, if continuing unchecked, begins to look a bit like the 1860’s and the run-up to the Civil War.

So, if any faithful P&E reader (or the rare Democrat who accesses this site) knows a Democrat congressional staffer who is or might be possessed of first-hand (best), second-hand (acceptable) or even third-hand (also grudgingly acceptable) knowledge that Adam Schiff has lied to the Congress about not knowing who the “whistleblower” is (let us refer to him for now as simply “Eric,” this post could prudently be forwarded to him/her.

It also allows, as in the case presented here, members of Congress to lie to other members of Congress.  The fact that they may be immune from arrest or civil liability for such conduct, however, does not mean that the conduct (i.e., the telling of the lie) is immune from disclosure.  Here, disclosure is the patriotic obligation of some as yet unidentified whistleblower Democrat staffer.  Any takers?

Recall as well that there is a federal “misprision of a felony” statute – 18 U.S.C. § 4 – which provides: “Whoever, having knowledge of the actual commission of a felony cognizable by a court of the United States, conceals and does not as soon as possible make known the same to some judge or other person in civil or military authority under the United States, shall be fined under this title or imprisoned not more than three years, or both.”

Interestingly, this statute would likely not apply in this situation because of the proviso that the felony being concealed also be “cognizable by a court of the United States.”  Because Art. 1, § 6, Cl. 2 limits disciplinary action to the Congress, it thus forbids the federal courts from exercising jurisdiction over any prosecution of Schiff or any other member of the Congress for lying about almost anything if the lie took place in the Capitol.  And who placed that proviso in the law?  That’s right, Virginia: Congress itself.

On the other hand, if the lie takes place elsewhere…, such as in the television studios of CNN, MSNBC, NBC, ABC, CBS or the editorial board room of the Gray Trollop or The Washington Post, that could be, arguably, a “horse of a different color.”

Let us hope that there is at least one Democrat staffer who knows and is willing to disclose the truth.  Memo to that unknown Democrat: c’mon, do the right thing.  Your country needs you.  If not, it will prove only that the tentacles of the Deep State run much deeper and farther than already imagined.

Any Democrat Patriots Out There? added on Wednesday, November 20, 2019