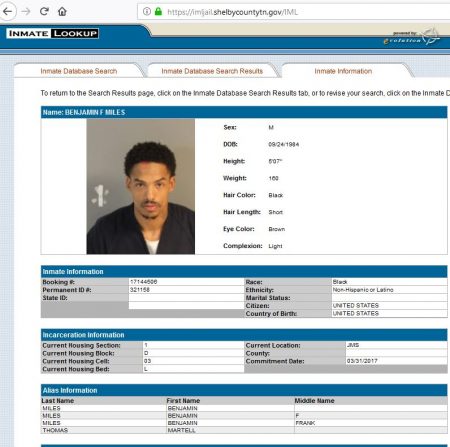 (Oct. 4, 2019) — On Friday The Post & Email received a letter from Shelby County, TN jail inmate Benjamin Miles, #17144506, reporting a brutal assault on the part of an Officer Burns and several other correction officers late last month resulting in Miles’s hospitalization.

We previously heard from Miles twice in March and once in May of this year and responded to his correspondence.

In the shocking account, Miles wrote that he was “maliciously beaten by Deputy Officers/Jailers, hospitalized, and thrown into the hole,” meaning solitary confinement.  “I suffered a Busted head, Fracture of my Right Eye socket, lacerations to my eyes.  Swollen Face, Black Eyes, Pains in my Groin, Swelling of the throat and impaired vision in my left eye and unconscioness,” [sic] he reported in the second paragraph of his cover letter.

At the bottom of page 1, Miles said he remains in solitary confinement “with no way to communicate with anyone.”

It is unclear as to the catalyst of the altercation, although Miles said he had intended to ask Burns if he was the officer who generated a disciplinary write-up the evening before for which Miles was reportedly sent to “admin seg.”

The two-page account states that after falling to the floor and demonstrating “compliance and non resistance” [sc] by spreading out his arms, Miles was hit in the “back of the head” and his hands “stomped” by officers stationed outside of the cell, where his hands were reportedly outstretched so as to be recorded on a surveillance camera.  “I was cuffed then, while I was cuffed Officer Burns put handcuffs around his hand and punched me in the face several times.”

“Officer Rogers had me in a forearm choke hold from the back while another officer sprayed mace (freeze Pr) up my nose, into my mouth and in my eyes,” the account continues.  While handcuffed, the officers continued to torture him, Miles said.

He reported that he lost consciousness and was taken to the jail infirmary while Burns “continued to chase me on the way to Medical trying to strike me.”  Following that, Miles said, he was transported to Regional One Trauma Center in Memphis.

Miles said he has been incarcerated in the Shelby County jail for three years.  He reported that jail personnel did not notify his family that he was hospitalized.

In the 1990s, then-Shelby County Sheriff’s Office (SCSO) Sgt. Earley Story reported dangerous and abusive conditions within the Shelby County jail which he believes led to a false charge against him of selling marijuana to an undercover agent and accompanying informant.  In 2000, the U.S. Justice Department conducted an investigation which supported Story’s reports made to the NAACP, Memphis FBI, and in a number of federal lawsuits.

Convicted on December 9, 1999 despite a judge’s having found a lack of probable cause that the crime took place, Story continues his quest for vindication following his acquiring of documentation produced by the sheriff’s office with exculpatory information withheld from him for more than two decades.

The Memphis NAACP has not responded to The Post & Email’s requests for comment on Story’s efforts to clear his name.

Corruption on the part of  Shelby County District Attorney General Amy Weirich has been confirmed by the Tennessee Supreme Court in the form of an ethics admonishment and in a 2017 report by the Fair Punishment Project which identified Weirich as the most frequently-reversed prosecutor for “misconduct” among the states of Tennessee, Louisiana, California and Missouri over a five-year time frame.

“The scope of misconduct in the office has included offenses such as failing to disclose relevant evidence to the defense, known as a Brady violation, as well as inappropriate conduct and statements during trial,” the report states of Weirich.

Prior to releasing this article, The Post & Email called the Shelby County jail at 901-222-4700 to inquire as to Miles’s well-being, but, as on previous occasions, we were met with a recording directing us to enter “pound to access your mailbox.  To leave a message for someone on the system, enter their number.”

Miles has been accused of a number of serious crimes and is scheduled to go to court on Monday, his record at the SCSO indicates. 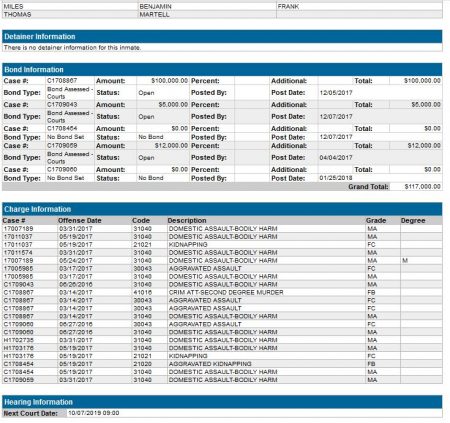 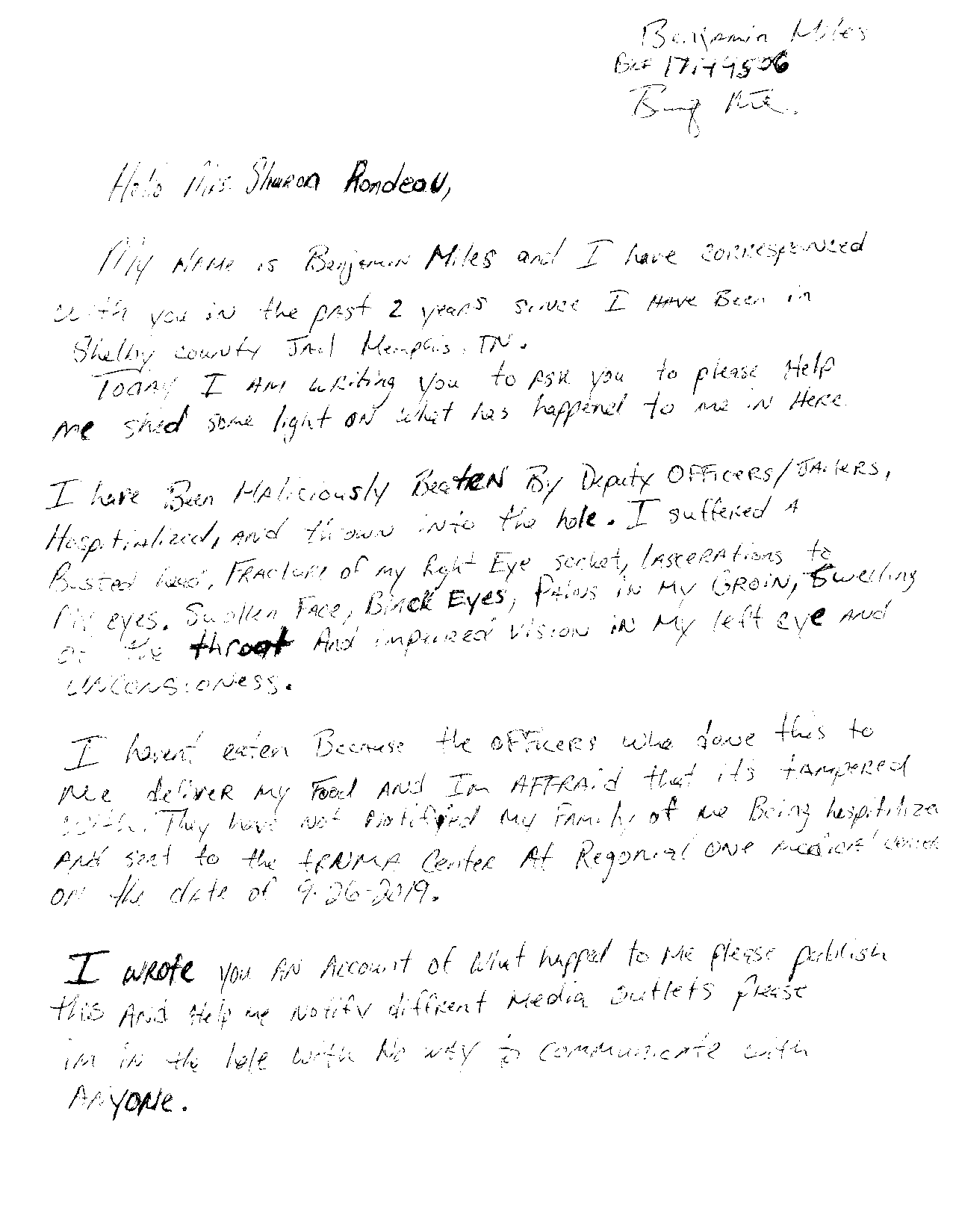 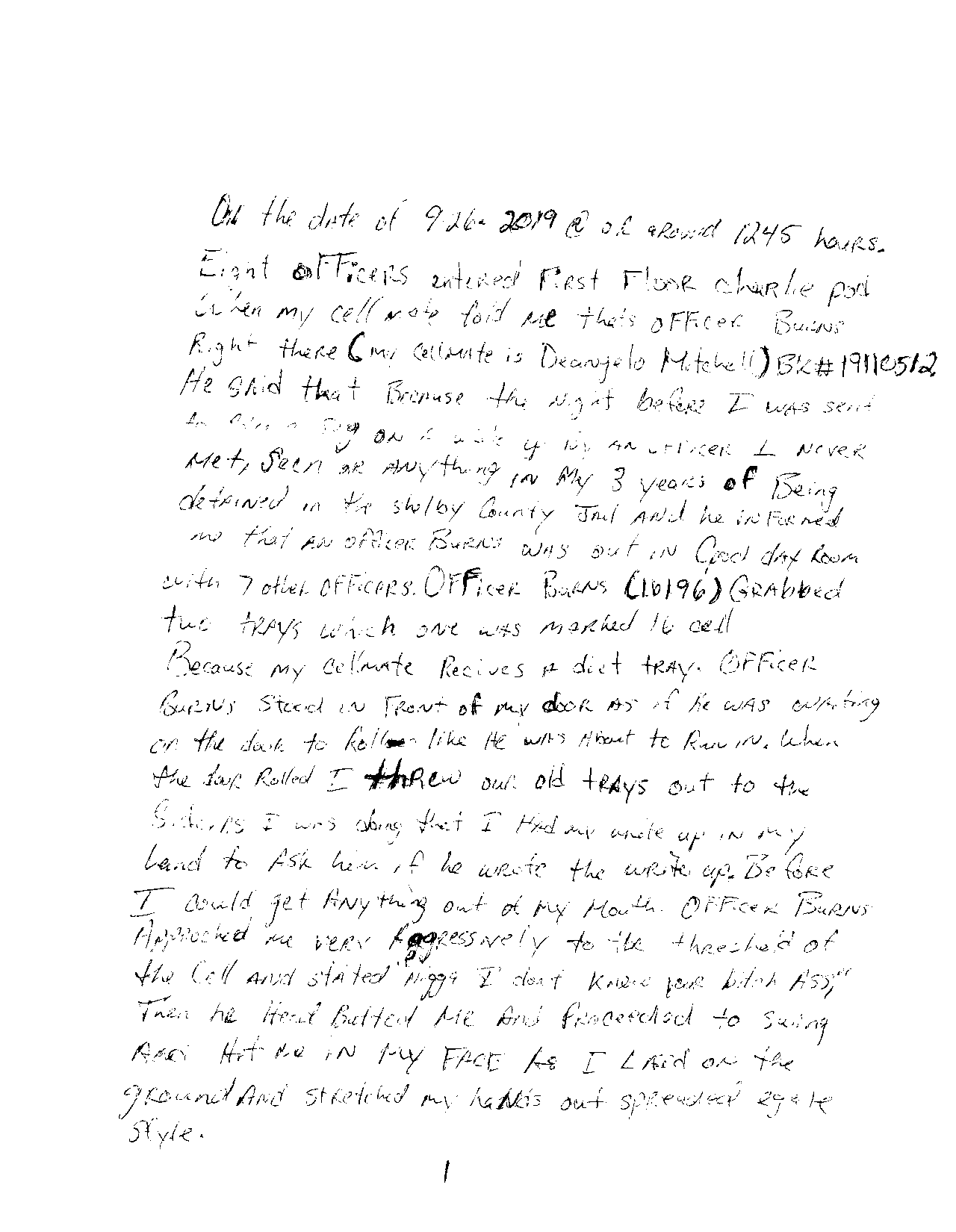 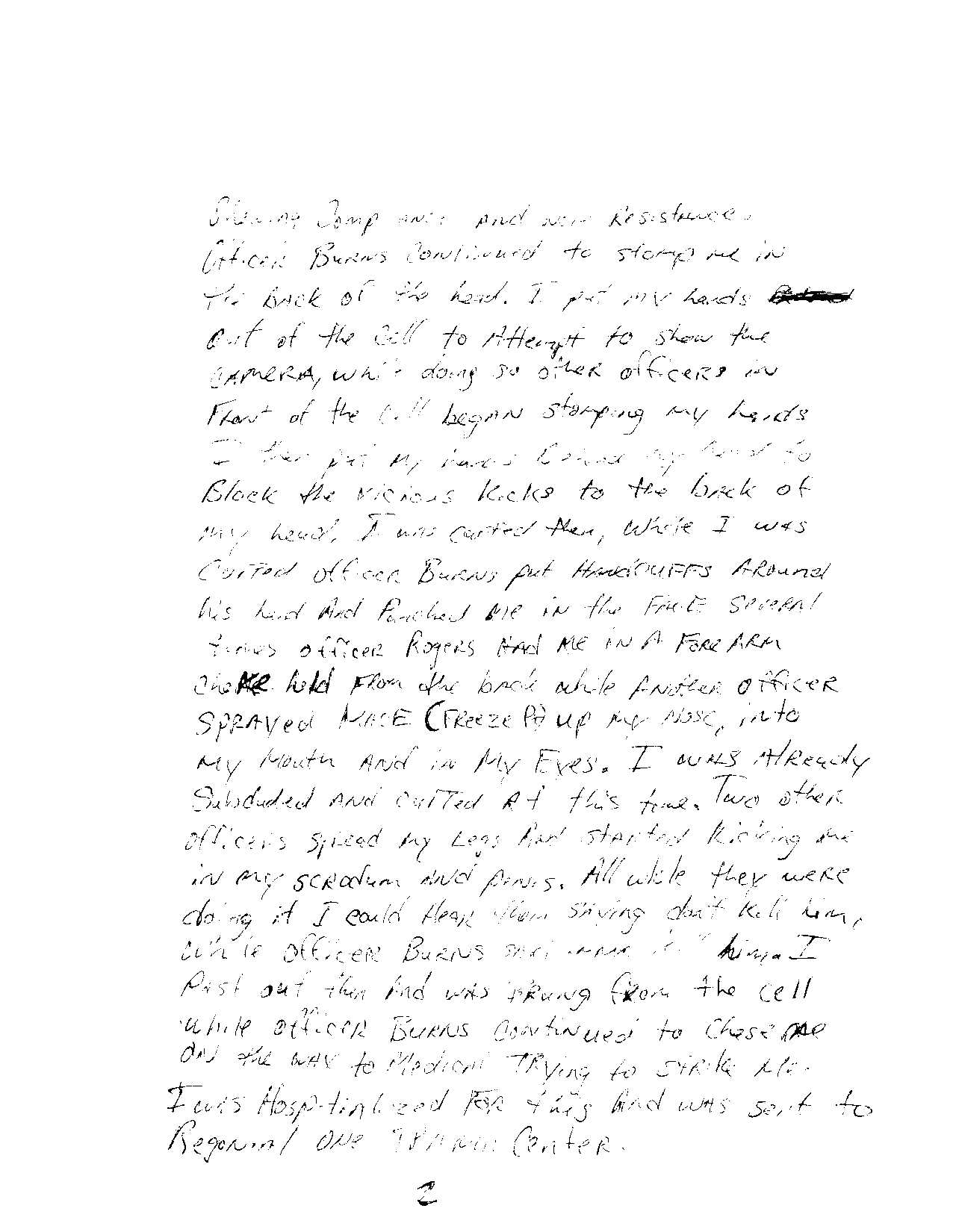