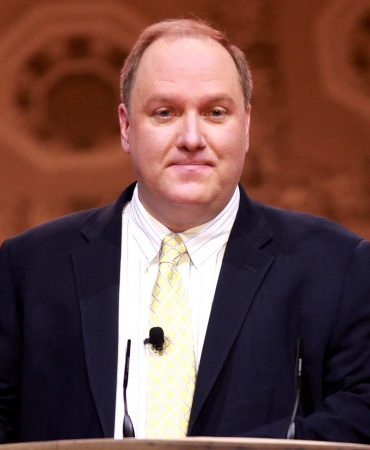 (Sep. 25, 2019) — On Wednesday night’s “Hannity,” investigative reporter John Solomon of The Hill said he has acquired “more than 450 pages” of documents from the State Department and Hunter Biden’s “legal team” demonstrating that the attorneys were working to stop an investigation launched by then-Ukrainian prosecutor Viktor Shokin into principals of Burisma Holdings, a Ukrainian energy company where Hunter Biden was a Board member in 2014 and 2015.

Hunter Biden is the son of former putative Vice President Joseph Biden, who is a 2020 Democrat presidential candidate.

In April 2014, the younger Biden became a Burisma Board member after then-White House occupant Barack Hussein Obama assigned the elder Biden to handle relations with Ukraine following the Russian invasion and “annexation” of Crimea earlier that year.

Solomon quoted former Vice President Joe Biden as having said that when he urged the firing of Viktor Shokin was that he “solely because he believed that prosecutor  was corrupt and not because that prosecutor was investigating his son’s company and making plans to interview Hunter Biden at the very moment he was fired.  That’s his story; that has to hold up.”

Solomon’s stunning news will be the subject of Hannity’s top story on Thursday, host Sean Hannity announced.  “There are documents from Hunter Biden’s legal team – the legal team from America – trying to assist Burisma to get out of this investigation.  They show unequivocally that that legal team told the prosecutors as soon as Mr. Shokin was fired – in fact, the day that Shokin was fired – that the Biden team was trying to reach the new prosecutor.  So people say there’s no connection between the events; why was Biden’s legal team rushing to talk to the new guy immediately?”

In recent days a 2018 video surfaced of the elder Biden recounting to the Council on Foreign Relations (CFR) that in 2016, he pressured the Poroschenko regime to fire Shokin within the six-hour time frame remaining on Biden’s then-presence in the Ukraine, reinforced by what Biden said was his threat of withholding $1 billion in U.S. loans.  Invoking an epithet, Biden bragged that his demand was met.

According to the Kyiv Post, Poroschenko is now under criminal investigation by the Zelenskiy government.

“How many documents are you talking about from Hunter Biden’s legal team going to Burisma Holdings and others, and how — Does it show a cover-up?  Does it show the vice president’s involvement at a deeper level than we previously knew?” Hannity asked Solomon.

On Monday, The Associated Press reported:

In a Fox News interview on May 19, Trump claimed the former Ukrainian prosecutor “was after” Joe Biden’s son and that was why the former vice president demanded he be fired. There is no evidence of this.

Ukraine’s current prosecutor, Yuriy Lutsenko, was quoted by Bloomberg News in May as saying he had no evidence of wrongdoing by Biden or his son. Bloomberg also reported that the investigation into Burisma was dormant at the time Biden pressed for Shokhin’s ouster.

Hunter Biden was reportedly paid $50,000 USD monthly for his Board service.