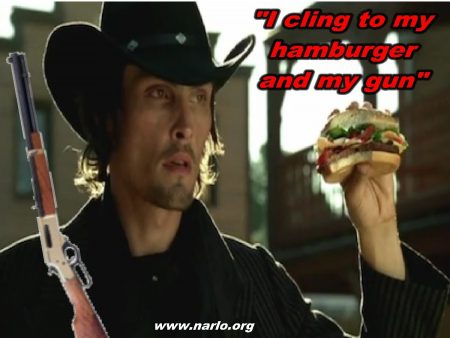 (Sep. 14, 2019) — For seven long, agonizing hours on CNN, last Thursday night, ten of the 2020 Democrat presidential candidates went round and round on who could outdo each other on how much taxpayer money they were going to spend to reduce the threat of the alleged crisis of man-caused global warming, euphemistically and deceitfully called “Climate Change.”  (Of course climate changes.)  Good OLD socialist, one-foot-in-the-grave Bernie Sanders topped the list with proposing to spend $16 trillion American taxpayer dollars to solve a climate variability that could very well and in all likelihood either be a natural phenomenon, or defy a solution.

At no time during these seven hours was there a discussion on whether the crisis was so great and so imminent that government must act quickly and spend trillions of taxpayer dollars to “save the planet,” or whether the science behind climate change was hopelessly and purposely flawed and there was nothing that man could do about it anyway.   To all the Democrat/socialist participants in the CNN town hall meeting, the science is settled.  It makes no difference that there are volumes of credible scientific papers that debunk Democrat/socialist climate change.

According to these climate alarmists, the planet and its seven billion human, animal and plant inhabitants are doomed if we don’t act NOW! (Doomed to what?)

Most of this climate drivel is driven by a flawed theory called the “Precautionary Principle,” a theory that states, “When human activities may lead to morally unacceptable harm that is scientifically plausible but uncertain, actions shall be taken to avoid or diminish that harm,”…..  and in the minds of the Democrat socialists, no matter how much it costs in individual rights, lives, property, or money.

What does “morally unacceptable” mean?   And yet this alleged “principle” is the rationale for spending trillions of dollars on any problem, or potential threat, that has no scientific certainty.  That’s inherently stupid at best and insane at worst.  And “morally unacceptable” is subject to wide interpretation.

But this climate change folly is also driven by environmental and international forces that want world government and they want to transfer the wealth from Western countries and spread it around to the poor countries, all the while taking a piece (a large piece) of the action as the money flows out of Western civilization into the third world.  It’s mostly about the money and controlling the masses.  It very definitely IS NOT about an alleged drastic change in the climate.

The basic premise behind the Democrat/socialist climate change theory is, man is the cause (as yet to be proven), especially those decadent and profligate Americans, and they must pay, and pay through the nose.  Americans are guilty and they must prostrate themselves before the rest of the world and pay reparations to the people of those countries that haven’t been able to equal what Americans have done under freedom because third-world countries are corrupt and their people are essentially ignorant.  By some as yet unexplainable reason, devised by socialists, Americans owe these people their “soul” because America has been successful as a nation and as a people and the third world hasn’t.  Therefore it follows that they want “what we got” and the world “Robin Hoods” (Democrat/Socialists) are going to take it from us at the point of a gun and give it to the third world, or the poor, you know, just to make it “fair!”

But most of all, we must give up our money.  The people of the other 192 countries can sit back and harvest an American whirlwind of trillions of American taxpayer dollars ….. while doing nothing to stop alleged man-caused global warming.  Are you getting this worldwide con game yet?

Meanwhile, it doesn’t matter that India and China are the worst carbon dioxide (CO2) polluters on the planet and get off scot-free from having to cut back and conserve.  They, along with Indonesia, are responsible for the lion’s share of the plastic flotsam polluting the earth’s oceans.  It isn’t American plastic straws that are finding their way into the Pacific, Indian and Atlantic Oceans.  But Americans have to unilaterally give up their plastic straws, plastic knives, spoons and forks, plastic plates and plastic everything else, because Democrat socialists want to “save the planet,” and to do it they are hell-bent on taking control of the lives of every living American and relieving them of all of their money, their lifestyle and their freedom, not to mention their hamburgers and their guns.

They don’t want to be told what to wear, where to work, what to drive, or what to eat and drink.  And most of all they don’t want their beef or their guns taken away by Democrats who have lost their minds and have forgotten what being an American means.  Those millions of free Americans want constitutional government, not a government run be a bunch of elite Democrat socialist oligarchs that tell us to do what they demand, not what they do, while flying around the planet in their private CO2-emitting Gulf Stream jets and living in 20,000 square-foot homes on the beach.

So with all that being said, we give Democrats fair warning and we speak on behalf of millions of Americans!  We’re here to tell all you idiot Democrat/socialists that we have no intention of giving up our burgers, or our guns, or our cars and airplanes, or our private health insurance, or our indoor bathrooms, or our very comfortable standard of living that is powered by crude oil, natural gas and coal, and if you once again regain political power (God forbid) and start to implement your insane ideas of human control and human bondage, millions of Americans shall resist you with all of their might, even if it means taking you down in another civil war or revolution.

If the 63,000,000 Americans who voted for Donald Trump in 2016 would yell in unison, with one voice, “LAY OFF MY HAMBURGERS AND MY GUNS” and back it up with action, this schism between the two sides would end virtually overnight.

God knows how any clear-thinking American can accept or believe in this insane, anti-American “bilge” being spewed by the Democrat presidential candidates or the Democrat Party itself.  If that is what America has become, you might just as well condemn the U.S. Constitution to the nearest bathroom for toilet paper.

Remember, the two other super-powers are salivating over the prospect of America tearing itself apart from the inside.  Once America is divided and teetering on the brink of civil war, we will lose our military superiority and our ability to keep those two other super-powers at bay.  How does being a slave to the People’s Republic of China strike you?  Just envision millions of Chinese soldiers occupying every hamlet, village, town, big city, or the rural areas of America and they have the “tens of millions” to do it.  The Chinese government WILL take away your guns, and if you don’t give them up willingly, they’ll just shoot you or send you to a concentration camp where you will be tortured to death.  It seems presidential candidate Beto O’Rourke has similar ideas about confiscating guns.

Today, any Democrat politician OR VOTER who believes in the current Democrat Party platform, as proffered by the current gaggle of Democrat presidential candidates, that consists of the insane ideas of trying to replace fossil fuels with alternative energy, Medicare-for-all, open borders and abortion up to and including birth, is synonymous with traitor, treason and murderer.  They mean to enslave you using climate change as the weapon and they are very close to getting it done, even if you can’t see it coming.  Because you see, ladies and gentlemen, “There Is No Law But Democrat Deep State Law” unless you repeal it ….. by whatever means.

And if you are really serious about keeping government agents, law enforcement and other intruders from trespassing on your property, urban or rural, click HERE.

Democrats, Lay Off My Hamburger And My Guns added on Saturday, September 14, 2019