WHO ARE THE “KEY PLAYERS,” AND WHERE ARE THEY NOW? 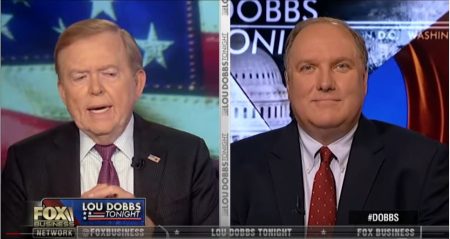 (Sep. 13, 2019) — On Thursday night’s “Lou Dobbs Tonight,” investigative reporter John Solomon broke the news that the U.S. State Department’s Inspector General found evidence of wrongdoing among a number of individuals who met with Russia “dossier” author Christopher Steele in October 2016 but did not issue a report on those findings.

Solomon characterized the IG’s discovery as “anti-Trump political conduct by the players in that meeting,” one of whom was reportedly referred to the Office of Special Counsel (OSC) for “possible Hatch Act violations.”

An explanation of the Hatch Act and that which would constitute violations is not as clearly stated on the State Department’s main website as those of other government agencies.

In June, the U.S. House Committee on Oversight and Reform reported the OSC’s finding that White House counselor Kellyanne Conway committed Hatch Act violations and urged President Trump to fire her.  Links to both referenced OSC reports lead to error messages.  Conway was “invited” to testify to the committee but not subpoenaed.

In May, Solomon revealed that Steele had met with State Department official Kathleen Kavalec on October 11, 2016 to urge dissemination of his unverified “dossier” on an urgent basis.  Kavalec took notes on the meeting which were reportedly withheld from congressional committees as they investigated the origins of the Trump-Russia “collusion” narrative.

The OSC is separate from a “Special Counsel” commissioned by the Justice Department, as in the case of the 22-month probe concluded in March by Special Counsel Robert Mueller.

Solomon credited Thursday’s revelation to Sens. Charles Grassley (R-IA) and Ron Johnson (R-WI), who he said “pressed for information.”  “The chief watchdog didn’t write about it, and he didn’t interview any of the key players,” Solomon said, which he said include Kavalec, former Special Envoy to Libya Jonathan Winer, and “their boss.”

On June 10, government-watchdog Judicial Watch reported that documents it received through FOIA actions revealed that Winer “played a key role in facilitating dossier author Christopher Steele’s access to other top government officials, prominent international business executives. Winer was even approached by a movie producer about making a movie about the Russiagate targeting of President Trump.”

Solomon said that the finding raises the question as to whether or not there was “a cover-up” of the alleged political activity.

The Inspector General Act of 1978 mandates all IGs to detect “waste, fraud and abuse” within the respective agencies they audit, states current State Department IG Steve Linick, who has been serving in that capacity since 2013.

Hatch Act violations can be prosecuted only if an alleged violator remains employed with the federal government.