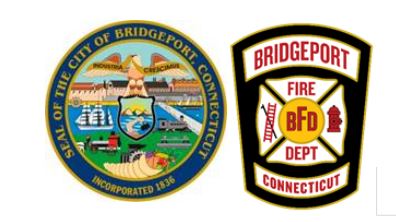 (Sep. 12, 2019) — Bridgeport, CT – At the Annual September 11th Memorial & Awards Ceremony hosted last night at Elks Lodge 36, Tim Landock was honored with the title of Bridgeport Fire Department’s Firefighter of the Year for 2019. Landock, a Bridgeport firefighter is an organ donor, and was recently identified as a positive match for a two-year-old boy in critical need of a transplant.

Fire Chief Richard Thode stated, “Firefighters are often heralded as brave heroes with dramatic death-defying actions in the heat of the moment. Firefighter Landock is no exception and has the respect and admiration of his fellow firefighters. This year, Tim stands out, not because of something he did at a fire, but for a life saved in an unusual manner.”

Over a year ago, Tim saw a news story about a child who needed a liver transplant and was moved to see if he was a match. As he went through the very lengthy testing process, the child received a transplant from another donor. However, Tim was still determined to help someone else in need, and therefore continued to stay in testing.

In February of this year, Tim matched with a very sick child who needed help and agreed to go through with the surgery. Several weeks later, he met the recipient of his organ: a 2-year-old boy named Dylan, who was now making unbelievable progress.

Because of Tim’s selflessness, Dylan continues to improve. He is now a rambunctious young child who keeps his parents on their toes, which is a far cry from the child who was previously unable to get out of bed or lift his own head. Tim has since become an advocate for living organ transplants and continues to tell his story in the hopes of saving even more patients in the future.

Upon learning of Firefighter Landock’s moving story, Mayor Ganim stated, “We truly have the best of the best here in the City of Bridgeport. Our fire department is made up of brave men and women who always go above and beyond – and this such a true example of bravery, and the compassion found among our firefighters. We look forward to sharing more about Tim’s journey and supporting organ donation.”

Fire Chief Richard Thode concluded, “Firefighters are predisposed to a life of service and sacrifice for others. Tim Landock exemplifies heroism, compassion, and selflessness.”