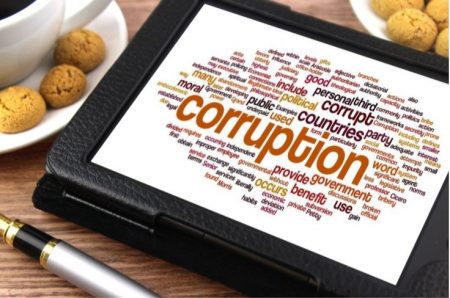 (Aug. 19, 2019) — Different institutions are involved in corruption in various countries. However small the level of corruption might be, you are bound to feel its negative impact. Corrupt politicians make it hard for a country to put in place policies that can spur economic growth. Nations with politicians that are architects of corrupt practices lag in terms of development. Besides, the citizens can no longer trust the leaders who are adversely mentioned in corruption scandals.

Foreign investors also find it hard to operate in countries with corrupt leaders. As a result, such countries do not develop. Eventually, it is the ordinary citizens that end up suffering because of lack of employment opportunities.

Victims of offenses also end up suffering in a case where the judicial system is corrupt. The judges take bribes from the perpetrators of crime at the expense of delivering justice to the victims. Consequently, citizens may lose faith in the justice system.

Is there a remedy for countries that intend to curb the corruption menace? The success in fighting corruption depends on the willingness of the political leaders, inclusion of the citizens, and the effectiveness of the other policymakers involved. Here are policies that can prove useful when it comes to the war against corruption in any nation:

Long Sentences for Those Engaged in Corruption

Some people are motivated to participate in corrupt practices because they do not see any severe punishment being meted on those who are found to be corrupt. That mostly happens in developing countries where the judicial system is weak, and the investigative bodies do not do their work correctly to bring evidence that can make the convicts be sentenced. There should be severe punishments for all the individuals who are involved in bribery.

The first move for the countries that want to win the war against corruption is to work on the current impunity cycle. The legal framework needs to be strengthened, the law enforcement agencies should always act independent of political interference, and the court system should constitute upright people to deal with those who are corrupt successfully. Additionally, civil society should be in support of the policies that are available to fight corruption.

When perpetrators of corruption are confronted, investigated, and sentenced, the other people who intend to get involved fear. The menace can then be put in check. Consequently, the country can be on the path to growth. 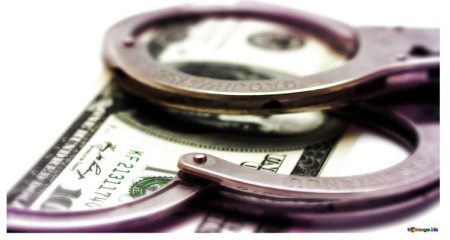 Transparency on the Side of the Government

When you request someone, “Can you do my essay?” You have to provide all the details of the work. That is exactly what should happen with government processes. An open government is likely to find it easy to curb corruption. The media should be allowed to give citizens information on government spending in different sectors. Before any project is initiated, the citizens should be allowed to participate and give their contributions. That way, the leaders find it hard to misappropriate any funds since people already know what to expect.

How finances are handled in a country influence the level of corruption. For example, a country with a weak financial system makes it easy for those who are corrupt to continue with the practice without being detected.

A country should revamp its financial management system to be on the path towards success. For instance, the auditing agencies should be able to access the economic system of the different institutions and question the uses money is put to.

The budgetary processes should be transparent. When the communities know the various uses that their money is put to, they can easily question the cases of misappropriations. A participatory budget is one in which the citizens understand multiple aspects such as:

Work on the International Financial Loopholes

Public officials find it easy to move their loot to other countries when the international financial system is weak. Consequently, these bodies should work on modalities to make it hard for people to take their illicit cash to foreign financial institutions. When the corrupt leaders do not have a place to keep their loot, they are forced to control their greed.

All these measures can be applied hand in hand. When used appropriately, the level of corruption can reduce drastically. However, magic may not happen overnight. There is a need for consistency. We are the main engine of the big state machine; that is why we have to be responsible citizens and follow the law.

Effective Methods of Curbing Corruption in a Nation added on Monday, August 19, 2019

One Response to "Effective Methods of Curbing Corruption in a Nation"