The Flood of Government Code Violations, A Regulation Nightmare 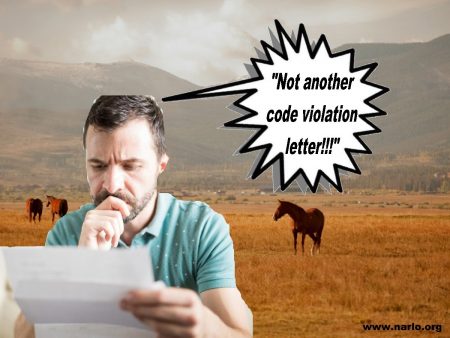 (Aug. 18, 2019) — “Heaven is purpose, principle, and people.  Purgatory is paper and procedure.  Hell is rules and regulations.”    Dee Hock, founder and CEO of VISA Credit Card

“As government regulations grow slowly, we become used to the harness.  Habit is a powerful force, and we no longer feel as intensely as we once would did about the constriction of our liberties. Those same constrictions would have been utterly intolerable a mere half century ago.”         Judge Robert Bork

Row after row, shelf after shelf and volume after volume of law after law after law fills the libraries in Washington, DC and in major libraries across America.  We are a country under the rule of law alright, but we have taken law and rule-making to the extreme edge of absurdity, if not insanity.

The Federal Register represents 82 volumes and 61,949 pages, as of 2017, or so we are told.  The United States Code is perched on multiple shelves in 51 volumes and supposedly contains 16,845 pages.  It changes by the day as lawmakers add more laws.  This doesn’t include the Code of Federal Regulations, or CFR’s.  Title 26 of the IRS Tax Code allegedly consists of 73,954 pages as of 2016.  But some say it is really only a little over 4,000 pages.  We have no idea who is right.

If you live in a gated subdivision or a controlled community, you are governed by hundreds of rules and regulations under what are called Covenants, Conditions and Restrictions (CC’s and R’s).  However, living in a gated or controlled community is a choice.  Being forced to abide by the millions of local, state, or federal laws is not, unless, of course, you are an illegal alien.  They literally get away with murder and other crimes.

We have been done in by the unconscionable perversion of the very thing that was supposed to set us free ….. a Constitutional Republic, where the rights of the minority are protected from the majority (mob rule), under the “RULE OF LAW.”   But under the rule of law, America has gone virtually berserk.  It doesn’t always take chains to enslave a person.  Invisible chains lurk in the shadows of too many laws.

Every time we hear someone say, “They ought to pass a law,” we cringe in horror, because we know who “they” is: government.  That is what has brought us to the brink of an un-payable national debt and the continuing loss of freedom and liberty.  The question we ask, was the direction America has taken for over 100 years intentional?  Are there cabals, conspirators, or racketeers actively engaging in the destruction of America and freedom for their own gain by passing millions of laws?  Are there individuals or groups that would pass laws for the sole purpose of entrenching the power of those individuals or groups?  We can come to no other conclusion.

What all these laws have led to is a government filled with tens of thousands of code enforcement officers (land use, public health, social services, animal control, etc.) searching the hinterlands for those who have fallen afoul of too many laws.  Welcome to the Police State of America.  The cost to enforce all these laws with government agents and law enforcement is enormous.  The U.S. Chamber of Commerce has estimated that the cost for business to comply with all the rules and regulations is a staggering $46,000,000,000 (billion) per year.  This doesn’t include the cost of paying all those code enforcement officers. ($2-4,000,000,000 +)

Two studies by separate universities pegged the cost of complying with environmental laws in the construction of a new home to a whopping $200,000 per single-family dwelling.  The cost is geographically sensitive and rises in some areas but drops in others.  Nevertheless, multiply that number times the number of single-family homes (about 1,000,000) built every year.  Who is paying that actual cost and the added interest costs for this environmental absurdity, the home-buyer?

Thousands of environmental laws and bureaucratic rules are passed every year since the environmental movement smelled money in being “green” back around the late 1960’s.  All these mostly unconstitutional environmental laws have been used by environmentalists for their radical agendas, aided and abetted by the U.S. Government, to bring down the hammer on anyone who should have the misfortune of owning private land or violating some other stupid law.   Endangered species, wetlands, mandatory conservation easements, the Clean Water Act and “Waters of the United States” have only served to gut what were constitutional property rights.

But we, the stupid ones, pay no attention to the laws of physics, economics, or human nature.  We ignore what logic and our innate intelligence tells us.  Instead we listen to the educated idiots and the immoral politicians who beguile us with soft-sounding words, psychological phrases, social justice, political correctness, environmental guilt, multi-culturalism and mindless propaganda.

The result is tens of thousands of code enforcement officers (every city, county and state employs code enforcement officers) fanning out across America daily, looking for code violations, like ants swarming over a dead carcass.  It’s not a trickle, folks; it’s a flood, and it is a huge source of government revenue.  Thousands of code enforcement violations are issued to property owners and other citizens every day in America.  You just never hear of the personal anguish and monetary cost they cause.  The closer the landowner is to a metropolitan area, the greater the threat of receiving a notice of code violation.

Code enforcement officers also respond to thousands more anonymous complaints from those “neighbors from hell” looking to use the government to “get” their neighbor.

Some government land use jurisdictions are teaching property owners how to determine if their neighbor is violating a land use or environmental regulation and then “tattle” to the government with an anonymous complaint.   Government is essentially using a neighbor to “rat” on their neighbor to locate more code violations.  After all, they have to rationalize their time and pay for their salaries, don’t they?

For 14 years we have been trying to offset that government and special-interest propaganda with not only words of wisdom and truth, but we have also created tools for property owners to fight back against government abuse, harassment and over-regulation.  Although most of those tools are designed for the rural landowner, some are designed for the urban dweller as well.

Our two powerful, legally intimidating No Trespassing signs HERE and HERE are now installed on thousands of private property all over America.  Many anecdotal comments from customers from virtually every state have confirmed the unequaled power of these signs, including keeping government agents and law enforcement from trespassing on your property, whether urban or rural.  You can’t find these signs anywhere else but on our website.

Property owners live in fear of receiving a notice of a code violation from some local or state government agency and the cost, disruption and emotional stress that such a notice can bring.  In addition to our powerful No Trespassing signs, we have devised a major “Go On The Offensive” strategy for property owners to challenge letters or notices of government land use or environmental code violations, by asserting an American’s fundamental right to “accurately ascertain that he who purports to act for the government stays within the bounds of their authority” (Federal Crop Ins. Corp v. Merrill, 332 U. S. 380, 384 (1947)), and further to defend the property owner’s right under a broad scope of both substantive and procedural due process.  A brief preview of this strategy can be reviewed on our website HERE.

People have a choice:  either succumb to government abuse, harassment and over-regulation, or stand up like strong, free Americans and challenge government’s power and legal authority where appropriate, as we were meant to do from the day our U.S. Constitution was signed and ratified by the 13 Colonies.  Sadly, we have been letting government (the bully) get away with their abuse and harassment for far too long and too many Americans have lost their will to fight.  If we don’t get that “will to fight” back, America is doomed as a free nation.  “We Either Take On The Bully, Or We Will Be His Slave.”

The Flood of Government Code Violations, A Regulation Nightmare added on Sunday, August 18, 2019