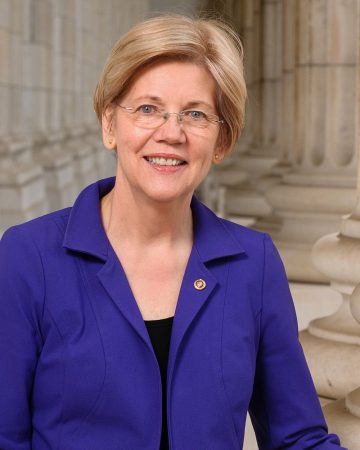 (Aug. 16, 2019) — Nazi Germany’s Third Reich Minister of Propaganda, Joseph Goebbels, noted: “If you tell a lie big enough and keep repeating it, people will eventually come to believe it. The lie can be maintained only for such time as the State can shield the people from the political, economic and/or military consequences of the lie. It thus becomes vitally important for the State to use all of its powers to repress dissent, for the truth is the mortal enemy of the lie, and thus by extension, the truth is the greatest enemy of the State.”  (Emphasis added)

Seemingly taking a cue from Adolph Hitler’s right-hand man for manufacturing and propagating lies, Democrat presidential candidates Kamala (“Of-course-I’m-constitutionally-eligible”) Harris and Elizabeth (“Maybe-I-could-open-an-Indian-casino-after-I-drop-out”) Warren coughed up a lie that earned both of them the coveted “Four Pinocchios” award from no less than The Washington Post.  Specifically, both of these Democrat-Socialists claimed, on the fifth anniversary of the event, that one Michael Brown, an African-American, was “murdered.”  Warren “tweeted” that Brown “… was murdered by a white police officer in Ferguson, Missouri.  Michael was unarmed yet he was shot 6 times.”  Harris “tweeted” that Brown’s “… murder forever changed Ferguson and America.”  “Murder?”  “Murdered?”

Never mind that Brown had previously punched the police officer and reached into his squad car, attempting to take the officer’s gun; started running away after the gun discharged, muzzle-burning Brown’s hand; and after running, turned and started charging back toward the officer in a threatening way, stopping only when a sixth shot from the officer finally neutralized him.  Oh, and never mind that the Obama Justice Department issued an 86-page unsigned “memorandum” concluding that “[f]or the reasons set forth above, this matter lacks prosecutive merit and should be closed.” 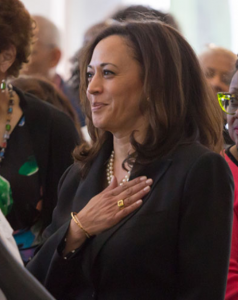 Memo to Harris and Warren: when a modern-day propaganda machine such as the WaPo – sporting the masthead motto “Democracy Dies in Darkness” – labels your statements as the equivalent of “liar, liar, pants on fire,” you know or should know that you are in deep trouble.  The WaPo Four Pinocchios award to Harris and Warren – colloquially known as the prize for “whoppers” – is particularly ironic in that Harris, a former Attorney General of California, and Warren, a former law professor at Hah-vahd, should well know that, while Brown was, in fact, neutralized by a police officer, he was not “murdered.”  So concluded the Obama DOJ, headed at that time by U.S. Attorney General Eric (“No-friend-of-the-rule-of-law”) Holder.

Oh…, wait…, Harris and Warren did know that Brown was not “murdered.”  They apparently just found it more expedient and “sexy” to label the event a “murder” in order to gin up the race-baiting component of their faltering political campaigns, thanks in part to reliance on Joseph Goebbels observations.  Remember, these (and others like them) are the folks who want to start governing you from the White House beginning in January, 2021.  Seriously?  Vote very carefully in November 2020.

Four Pinocchios for Harris and Warren added on Friday, August 16, 2019