The Benevolent Malevolence of the Democrats

(Aug. 10, 2019) — The mendacity of the Left and the Democrats metastasizes.  What’s new?  Answer: what is new is the dark malevolence now even more patently coloring their words and deeds.

At the risk of articulating some inconvenient but factually accurate truths, consider the following.  After the tragedy in El Paso, Texas, where a nut-case xenophobe shot and killed (at last count) 22 people – most of them Hispanics – the Democrat propaganda machine slimed into overdrive.  They assured us that, despite the fact that the actual rampage was the act of a solitary, bigoted individual – who in his “manifesto” denied that President Trump had motivated him – the real cause, or “trigger,” if you will, was the “tweets” and words of the president.

According to the Democrats, his comments and tweets have created such a toxic atmosphere that it now rivals “climate change” as the singular existential threat to the nation.  Indeed, while radical Democrats and their enablers warn that the world itself will come to an end in no more than 12 years if it is not sooner purged of cows, airplanes and plastic straws, the nation cannot survive another day – let alone another four years – of President Trump.  If that is true (hint: it is false…), then Nancy Pelosi’s failure to initiate immediate, formal impeachment proceedings against him must constitute treason on her part… no?

This is the lunacy now dominating and driving the Left and the Democrats who are desperately trying to convince the electorate that they can and will save the nation by ousting President Trump from the Oval Office come January, 2021.

Stated otherwise, they are attempting to “mainline” their hysterical narratives in order to infect the electorate before the 2020 general election and deceive it into believing that their mendacity is actually altruistic, patriotic and well-intentioned and that it will deliver the country from the clutches of the man who “stole” the presidency from Hillary Clinton.  Let us call this mental disorder by its true name: “benevolent malevolence.”

This, truly, is insanity on steroids.

As noted here, all those little yard signs proclaiming that “Hate Has No Home Here” festooning the lawns and porches of Democrats, leftists and progressives across the nation should be removed as constituting false advertising.  Instead, they should be replaced with signs reading: “Hate Blooms Here.”

As for actual deeds confirming the Democrats’ malevolence, the current leading candidate for that title is the “tweet” from Congressman Joaquin Castro, twin brother of Democrat candidate for president Julian (“Campaign-on-life-support”) Castro.  Congressman Castro’s “tweet” identified, by name and employer, some 44 “maxed-out” San Antonio donors to President Trump’s 2020 reelection effort.

In addition to thereby “doxing” the donors – including his own constituents and prior donors to him – the message that he posted asserted that “their contributions are fueling a campaign of hate that labels Hispanic immigrants as ‘invaders,’” and which posting Julian Castro defended. Words are important: too bad that the Castro Twins – sometimes known as “Tweedledumb and Tweedldumber” – use them so imprecisely.

First, even under the assumption that the hundreds of thousands of Hispanic (and other ethnic) individuals who are streaming monthly into the nation do not constitute under Art. 1, § 1, Cl. 4 of the Constitution (the “invasion” clause) an invasion by a foreign power, does anyone with an ounce of grey matter doubt that the flood of people crossing the border in defiant disregard of the nation’s immigration laws constitutes a generic “invasion?”  And raise your hand if you think that any more than 2% of those crossing the border have true, demonstrable “asylum” claims. 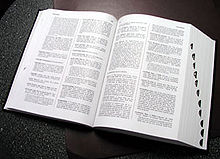 The first definition of “invasion” found in Black’s Law Dictionary defines the term as either (1) a hostile or forcible encroachment on the rights of another, or (2) the forcible encroachment on another’s use or enjoyment of property, including real property, although “not necessarily inspired by malice or ill will.” (Emphasis added).  As a second definition, Black’s also defines the term in the context of an “incursion of an army for conquest or plunder.”  Webster’s Dictionary defines the term “invasion” as including, in addition to the incursion of a foreign army, the “incoming or spread of something usually hurtful.” (Emphasis added)

Anyone who thinks that the monthly unauthorized (aka illegal) flood into the country of the equivalent of a new Albany, New York of people – regardless of their race or nationality – is not hurtful to our sovereignty, security and recognition of the international boundary between the United States and both Mexico and Canada… needs professional psychiatric help.

Daily, we read of one, two or even three people crashing through the door of a residence from L.A. to Chicago to St. Louis to Memphis to Baltimore and call it a “home invasion,” and yet the Democrats preach that 100,000 people crashing through an international boundary is merely an “influx of immigrants.”  Next thing you know, they will demand that home invasions be PC-redefined as “random residential disruptions” so that the real invasion taking place on the Southern Border won’t be analogized.  And these folks seek to govern the rest of us.  Seriously?

Moreover, under the benevolent malevolence now being espoused by the Democrats, there will in the future be no further “influx” of immigrants.  This will occur because, with completely eradicated, open borders, there will no longer be an influx of anything, since no legal or physical barrier impeding the prior influx would exist in the first place.  C’mon in… the welfare’s fine….

Bottom line memo to the electorate: words are important, so consider these five… “vote very carefully in 2020.”

The Benevolent Malevolence of the Democrats added on Saturday, August 10, 2019