WHAT IS THE “STRIKE FORCE,” AND WHY IS IT THERE?

(Jul. 29, 2019) — A typewritten letter received Monday tells of harsh conditions at the Northwest Correctional Complex (NWCX) in Tennessee’s northwest corner, echoing dozens of similar reports received by this publication over the last 4+ years. However, one element that is different is what the author describes as “the continual militarization of this prison.”

At the bottom of page 1, the writer stated, “This prison has been occupied by a task force called ‘Strike Force’ for over a year. This ‘force’ wears green suits, bullet-proof vests, tactical boots, and possesses an arsenal of other tools on their belts. The reason for their occupation: shortage of staff.”

Significant staff shortages at Tennessee’s prisons have been reported frequently by inmates and their relatives to this publication and other outlets.   As was noted in a November 2017 “Performance Audit” of the Tennessee Department of Correction (TDOC) by the Comptroller of the Treasury, the shortages particularly affect the state’s privately-run prisons.

NWCX is not one of the privately-managed or owned prisons.  By state statute, Tennessee is allowed only one privately-run prison, although at least four currently exist. As explained by Dave Boucher, then of The Tennessean, payment from the state is made indirectly to the prison manager, CoreCivic, via county government for the operation of those facilities.

Continuing on page 2, the inmate wrote, “There are many instances of these Strike Force members brutally beating up inmates on the yard, in the High Security Area out of sight of cameras, or in cells. Some of these incidents were witnessed by other staff and inmates. These Strike Force officers also tear up cells and personal property without abandon. Ironically, the one piece of their attire that is missing is the name badges. This makes holding them accountable extremely hard, a fact they know and used to their full advantage.”

In addition to the “Strike Force,” the inmate painted a picture of violence beyond that which other inmates have described to us over the years at the institution. “…gang leaders and their members are unleashing violence of all kinds on other inmates, especially white inmates like myself. Robberies, extortions, theft, physical assaults with and without weapons and routine/daily intimidation are all normal around here,” he alleged. “The animals are running the zoo sorta speak.” 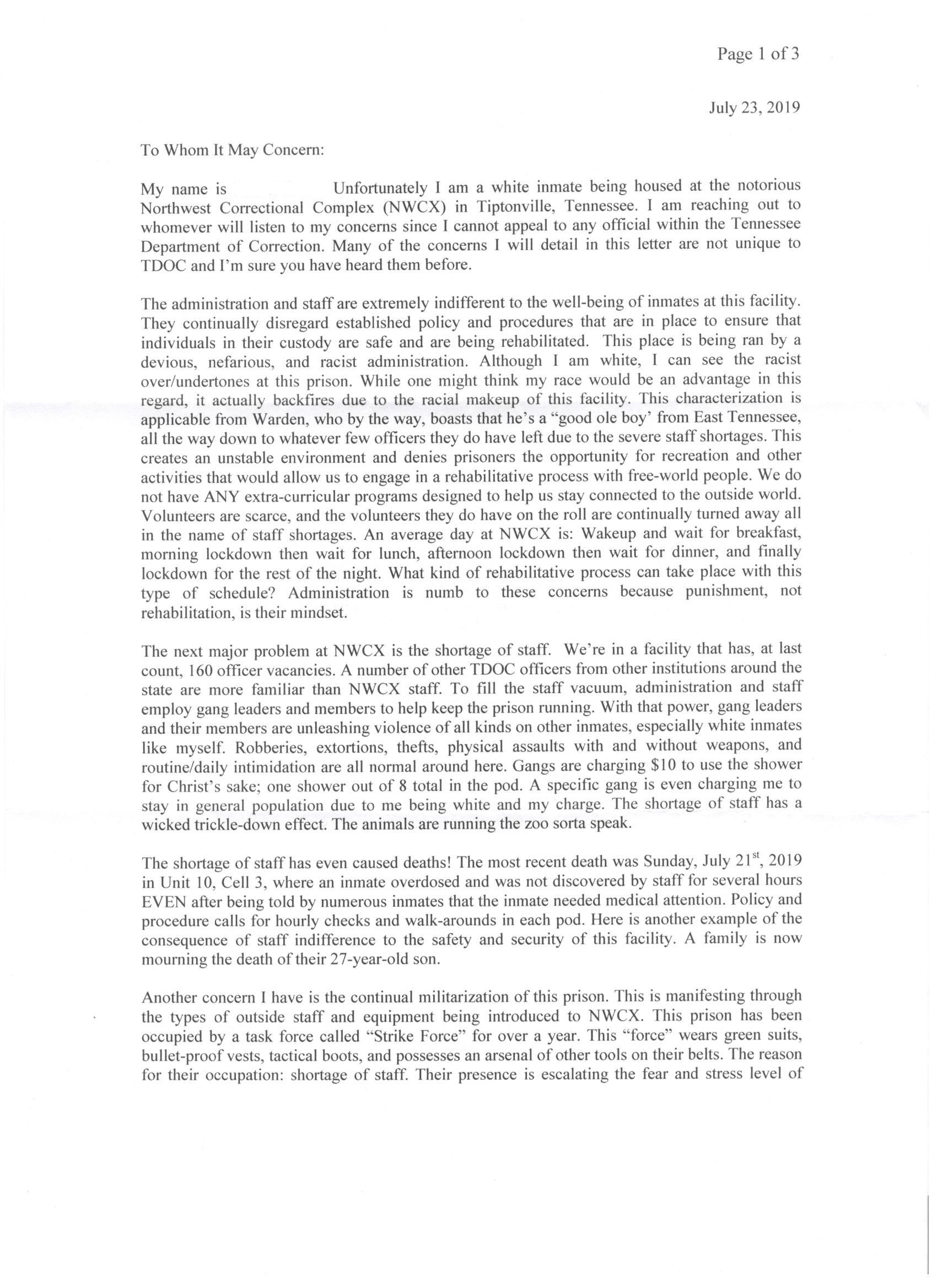 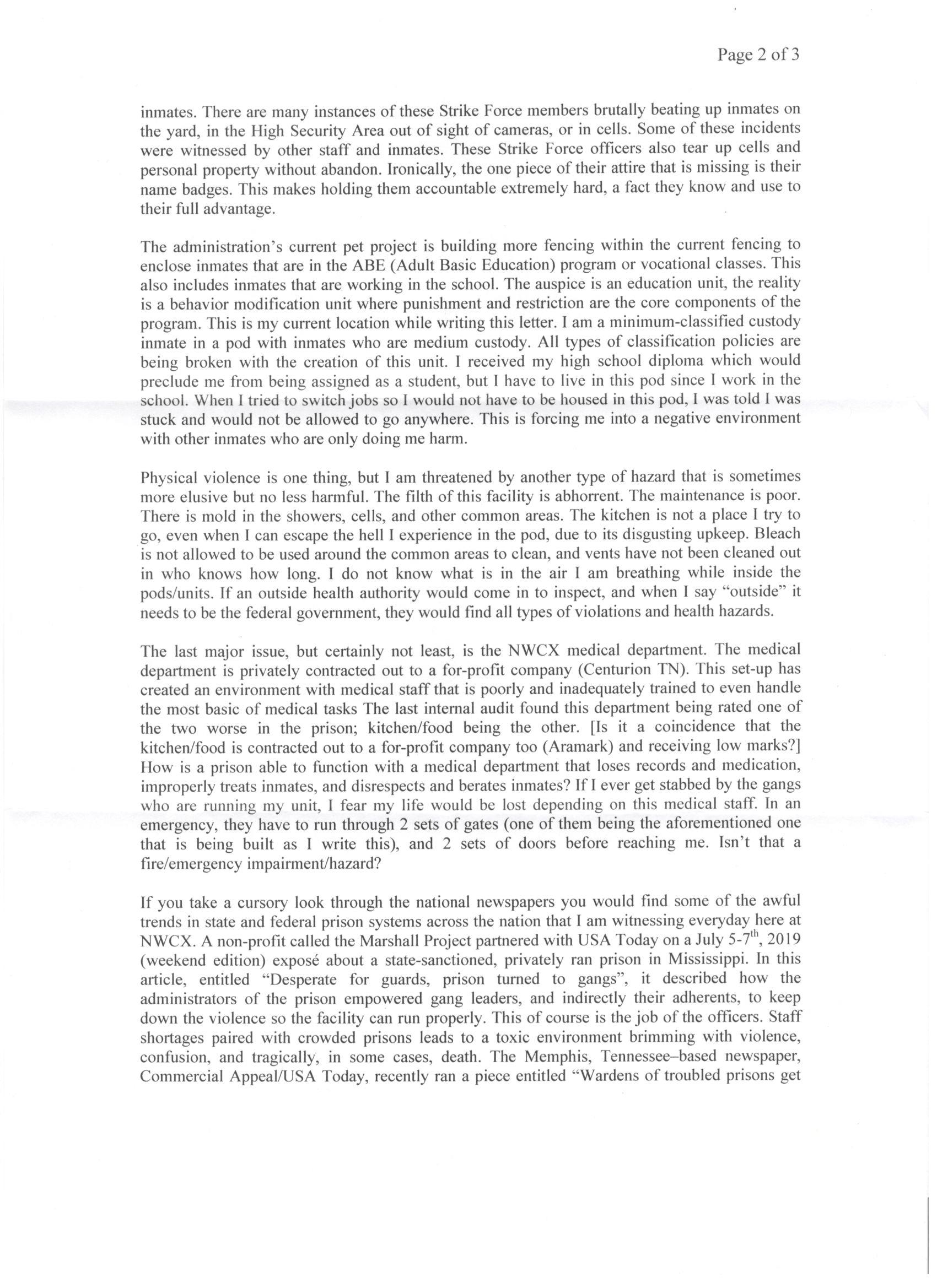 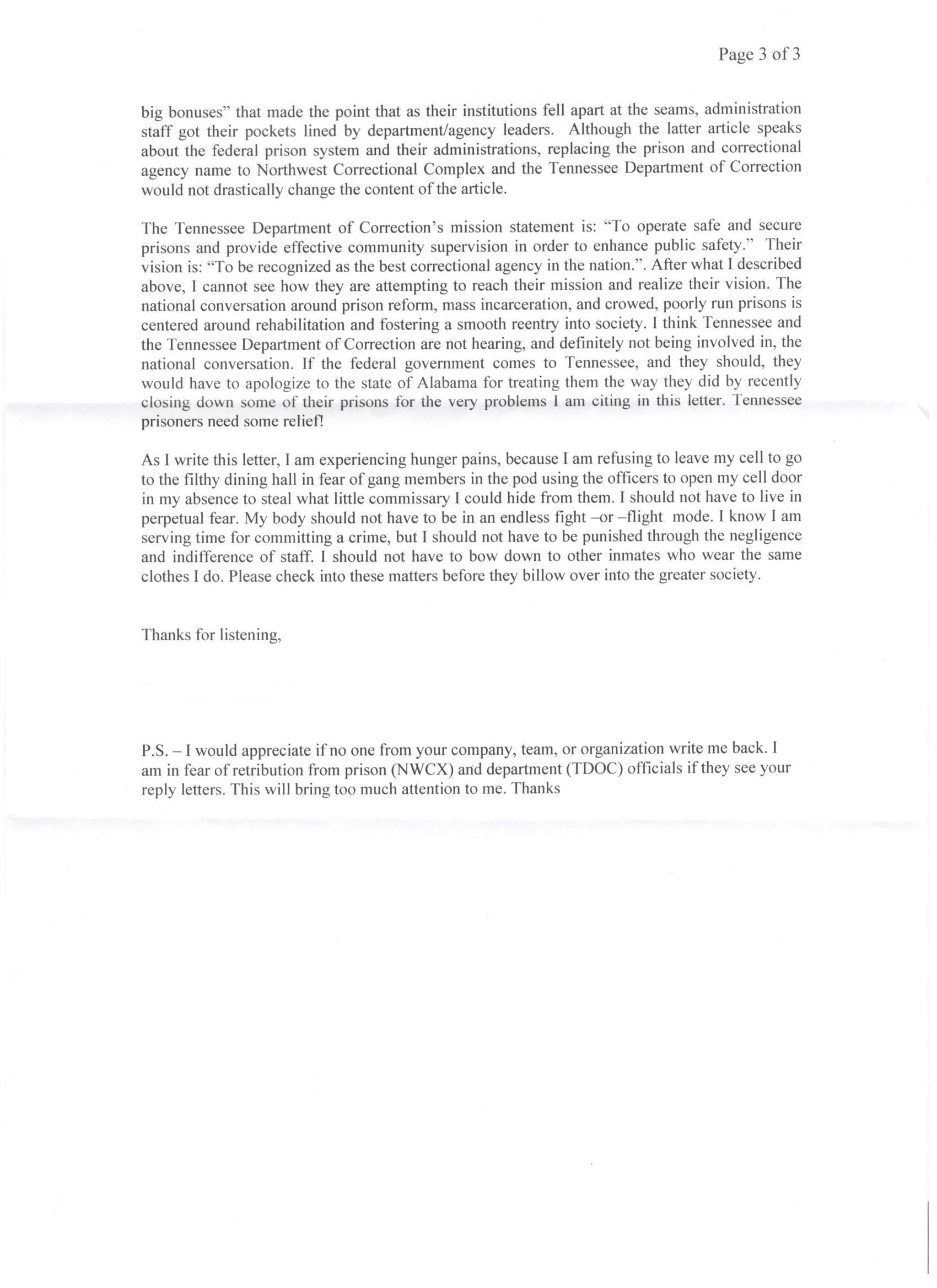