Trump: “This was Treason” 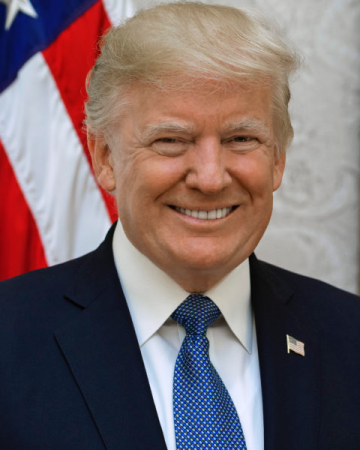 (Jul. 25, 2019) — In a telephone interview with Sean Hannity Thursday night, President Donald Trump described the alleged “collusion” between his campaign and the Russians which launched years of investigation collectively by the FBI and Special Counsel Robert Mueller as “treason.”

Trump’s appearance on Hannity was his first formal interview following Mueller’s sworn testimony to two congressional committees on Wednesday which shocked many in Washington and outside the Beltway with the paucity of Mueller’s knowledge of the final report which bears his name.

Hannity asked occasional questions but in large part allowed Trump to roll out his own monologue, as he has in the past when he has interviewed with the Fox News Channel host.

Despite the wrongdoing on the part of the FBI and DOJ whose 2016 activities clouded the first two years of his presidency, at 9:24 p.m., Trump said he believes “a lot of good is going to come out of it.”

At 9:30, Hannity asked Trump about former FBI and DOJ officials who signed FISA warrant applications for Carter Page, a former campaign adviser who was said in the application to be an agent of the Russian government.  “These are bad people,” Trump said of former FBI Director James Comey, former DNI James Clapper, and others.

“It will be good to clean up a real good mess,” Trump summed up his thoughts.

At 9:34, Trump reiterated that he gave his new attorney general, William P. Barr, full authority to declassify documents associated with the FBI and DOJ’s pursuit of what Trump has termed the “Russia hoax” against his campaign and later, against his nascent administration.

The FBI’s counterintelligence probe of the “collusion” narrative included surveillance of Trump aides George Papadopoulos, Sam Clovis, Page, Lt. Gen. Michael Flynn (Ret) and possibly others which is said to involve a number of foreign governments.

At 9:37, Trump turned to the progress his administration has made in lowering unemployment among a number of demographic groups, including women, Hispanics, and blacks.  “I think we’re going to do very well,” he said, obviously referring to the 2020 election.

The interview turned to such threats as Iran and North Korea and concluded at 9:43 p.m. EDT.

2 Responses to "Trump: “This was Treason”"