I’ve Seen Medicare for All — And it Ain’t Pretty

“THE ROAD TO DISASTER” 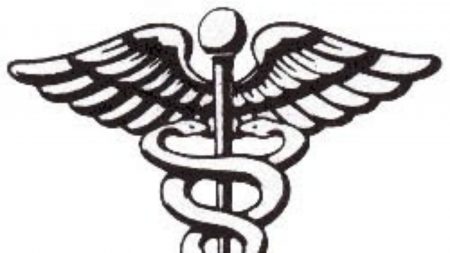 Several Democrat Party candidates for president and their friends in the media are pushing the idea of Medicare for All – another way of calling for government-run health care.  Bernie says it is a “right” and should even cover illegal immigrants – in other words, everybody within our borders.  How big-hearted.  How kind…  How nonsensical.

When the super-rich anywhere in the world need specialized medical treatment for things like heart surgery and cancer treatment they come to the U.S… (Think:  Mick Jagger did so only recently)… They come here because our health care is second to none and our  hospitals are spotless and the medical staffs are without peer.  Doctors practicing at US hospitals are from all over the world – good minds don’t only grow in one place.  They are among the best, and our standards are very high.

A few years back, I had a personal look at what Medicare for All would look like.  My grandsons were visiting for the weekend and their dad and I took them for a walk in the nearby woods.  Luca, the little rascal, jumped up on a big tree that had fallen across the creek.  It was nearly a ten-foot drop from the tree to the creek bed, so I pleaded for him to walk toward me and come down.  He thought that was funny and refused.  So I, fool that I often am, jumped on the log to grab him and bring him back to safety.  Dumb idea!

He ran in the opposite direction when I reached for him and I lost my balance and tried to break my fall by grabbing for the tree trunk with my left arm.  Another dumb idea.  As I fell to the creek bed I felt a snap and noted that my left arm looked funny.  I had badly dislocated my shoulder and it hurt like heck.  My son gathered up his kids and took them to our house and drove me to the nearby Fair Oaks Hospital.  It was about lunchtime on a Saturday and there were all sorts of folks there waiting for treatment for coughs and colds and the like.  Almost all the “patients” were from other places and spoke in heavily-accented English (mostly Spanish).  The throbbing pain grew worse as I waited my turn. My son began begging the staff to at least give me something for the pain as we waited our turn to be seen.  After about three and half hours, I finally saw one of the emergency room doctors. The damage to my shoulder was pretty severe, so they gave me a shot of something and tugged and pulled and tugged until things got back into place.  They admitted me for observation and I stayed a couple of days.

In the military we learned all about triage and how that works.  The emergency rooms do the same thing.  Gunshot wounds and heart attacks, babies about to be delivered, and severe injuries from car accidents go to the head of line, as they should.  But a poor old sap who waited more than 70 years to dislocate his shoulder takes his place in line.  NOBODY IS TURNED AWAY!  And so, the weekend emergency room crush is what hospital routines would be like every day under Medicare for All!

Our doctors and nurses are highly-skilled professionals who earned their credentials only after nearly a decade of expensive schooling and specialized training.  They earned the right to be well-compensated for their efforts and dedication.  But, with Medicare for All, the compensation of medical professionals will be set by government.  So rather than earn what they are worth, their compensation would be set by some unelected bureaucrat, and physicians would  be paid about the same as a mid-level federal supervisor.  And what about the nursing staff?  What about the technicians who keep our complicated modern medical equipment running smoothly?   The best and the brightest might no longer wish to spend so many years in training and turn their talents to other fields where they could earn what they deserve, rather than what some bureaucrat says they should be paid.  And, despite efforts to control health care costs, they would skyrocket as the government bureaucracies add staff to oversee the program – administrators who would provide nothing to improve medical care but only add to its costs.

The current health care delivery system can be improved, but putting it under government control and supervision is not the way.  Rather, it would be the road to disaster.

Finally, liberals seem to have a deep-seated disdain for any who might become wealthy by relying on his or her brain-power.  Yet they have no qualms about a football player or basketball star getting contracts in the hundreds of millions – for playing a sport they enjoy and which most of us play or played for fun.  Likewise, the sky is the limit on earnings for singers, other musicians, actors, and the like.  Millions upon millions!  But let someone apply his skills to build and run a business or run a bank — or become a wealthy surgeon – NO WAY!  In the liberal mind, no one should become rich based on his smarts and hard work, even if they create millions of well-paying jobs for others!

Alas, such is the nonsense of the left and the media who seem to want to punish success and reward failure.  Medicare for All, single-payer, government-limited health care has bankrupted every country that has tried it.  We would be no exception.