What Rights Do Felons Lose? Here’s What You Need to Know

RETURNING TO “THE REAL WORLD” 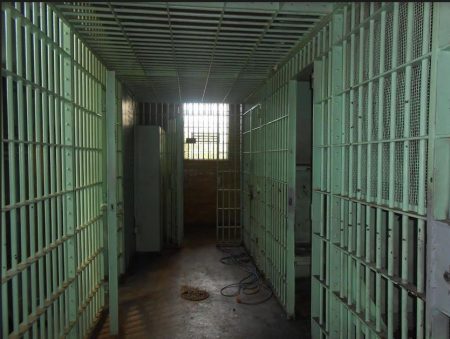 In the past decades, the number of convicted felonies has risen at an alarming rate and that has led to many individuals facing major problems when looking to travel, or for a place to live. Many cannot even get jobs. Convicted felons not only have to face going to prison and surviving in there.

They also lose quite a number of their rights. When these individuals come back to the outside world, they are unable to do or possess some things. These people cannot lead comfortable lives after finishing their sentences.

Many would be tempted to say that such consequences serve them right. However, keep in mind that some of these people leave jail as changed people, and end up suffering when they get out. So what rights do felons lose?

What Rights Do Felons Lose?

Here is a guide for you to help you understand exactly which rights these individuals lose.

A person convicted in such a case cannot purchase or own a firearm regardless of how changed they are after finishing their sentence.

After the ruling, the guilty party is expected to transfer any firearm to another individual who is legally allowed to possess the firearms. The convicted felon can also choose to hand the firearms over to law enforcers.

Many people agree that this law is fair.

If as a convicted felon, you own a valid passport, you are allowed to travel outside. However, keep in mind that every country has its own laws. Each of these countries has the right to exercise different laws. Therefore, the state you choose to travel to as a convicted felon has a right not to allow you passage if the law states that convicted felons should not enter that particular country.

In addition to owning a valid passport, felons on probation are required to seek permission from their probation officers anytime they want to travel.

If you were a teacher, a law-enforcing agent, a childcare agent, or had any other profession that requires a license, your license is terminated immediately when you are convicted. Such professions ban felons from ever obtaining jobs in any of those fields.

However, help for felons is available out here and organizations are coming up to help these individuals secure jobs and move on with their lives. Such organizations help felons with job hunting, housing, loans, and other resources that the felons need to lead normal lives.

An organization that provides such help believes that felons deserve to move on with their normal lives after finishing their sentence. Learn more on any other kind of help available for felons and maybe you can be in a position to gain assistance for yourself or someone you know.

Many states do not allow convicted felons to vote when they are still serving time. Some states do not even allow an individual to go back to voting even after finishing their time on parole. Many felons find it extremely difficult to have their voting rights restored when they finish their sentences.

Some states allow a convicted felon to go back to practicing their democratic right after getting through a certain waiting period. Nonetheless, during that waiting period, the felon cannot vote. Other states cannot reinstate a person’s voting rights unless the individual receives an official pardon.

Many states simply prevent convicted felons from ever voting again.

Such a provision is mainly used to get rid of representatives and senators who have involved themselves in illegal acts of felonies and have been convicted. Additionally, if an individual already sits in office and gets involved in an illegal activity that leads to a conviction, then Congress can also remove the individual under the same rules.

Many states do not allow convicted felons to serve in a jury, and when jury selections are being made, people with records of being convicted of certain crimes cannot be permitted to serve in any capacity. Just like voting, every state has unique regulations that govern jury duty.

Most states will not allow a felon to serve in the jury if they themselves are currently a defendant in a trial at that period.

Other benefits such as food stamps will also vary depending on the state.

This loss of right depends on the crime. Convicted felons will lose all their parental rights if they were in for a serious offense such as murder. In cases where the convicted individual was the only guardian to a child and the child was under foster care after the conviction, the felon might lose all parental rights, especially if the child remained in foster care for quite a long time when the parent was away.

Even though some convicted felons might not legally lose their rights as parents when convicted, their situation might affect them in the end. For example, when fighting for a child’s custody or when facing a divorce case, a convicted felon can rarely win.

Convicted felons at times think that moving to another state might give them the chance to restore the rights they lose in the state in which they were convicted. This is however not the case. The law requires all states to respect the rulings of courts in other states.

Therefore, if a convicted felon decides to move to regain his or her right to work, for instance, that will not work in their favor. If you are a felon and would like to know how and when some of your rights can be restored, you need to consult an attorney and have them help you figure out exactly which of your rights are restorable and how you can go about having them restored.

What rights do felons lose? This guide will help you educate many others out there who don’t understand exactly how much a convicted felon stands to lose.

However, some of them who finish serving their sentences as changed people, only to come back to the real world and find that they cannot lead a normal life, go through a hard time trying to adapt to that life.

These people cannot travel freely or move to another state to try to reclaim their employment rights. The good news, however, is that convicted felons can have some of their rights reinstated. If you would like to know which rights can be reinstated and how to go about it, consult an attorney and get the help you need.

Don’t forget to bookmark this website to come back and learn more about similar topics.

What Rights Do Felons Lose? Here’s What You Need to Know added on Monday, July 1, 2019

2 Responses to "What Rights Do Felons Lose? Here’s What You Need to Know"