HOW LOW DID THE FBI GO? 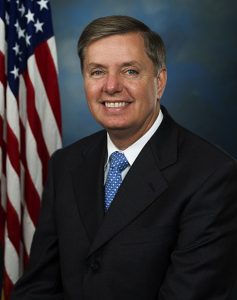 The statement came after Hannity mentioned that Steele himself, in court testimony in his home country, said he could not verify the dossier’s contents.

Steele’s search for information on Trump and Russia was financed by the DNC and Hillary Clinton campaign and contracted through a private company, Fusion GPS.

The Foreign Intelligence Surveillance Court (FISC), which approves or denies surveillance applications, was not informed that the dossier was a political product.

FBI policy requires that any evidence submitted to the FISC be “verified.” However, former FBI Director James Comey, former Deputy Attorney General Sally Yates, and others affirmed that the information accompanying the four warrant applications was, in fact, verified to the best ability of the FBI.

For a time, Steele was working simultaneously as a confidential human source for the FBI and for Fusion, ranking member of the House Intelligence Committee Devin Nunes has reported.  After Steele was terminated as an FBI source for leaking to the media, an FBI agent asked to meeting with him, DOJ official Bruce Ohr testified to members of Congress last summer.

Graham has pledged to delve into the origins of the Trump-Russia “collusion” probe which consumed nearly three years in total and tens of millions of taxpayer dollars, only for Special Counsel Robert Mueller to conclude in March that no “collusion” occurred between the Trump campaign and the Kremlin.

In other news Tuesday night, after the House Judiciary Committee subpoenaed Mueller to testify, a public appearance on Capitol Hill to the House Judiciary and Intelligence Committees has been scheduled for July 17.  According to his sources, Hannity said, Mueller will limit his responses to the “four corners” of his 448-page report.

“He needs to tread very carefully, or he’s going to be the subject of an investigation,” former Florida Attorney General Pam Bondi told Hannity of Mueller on a subsequent segment of the show.

Many Americans are now asking why Mueller continued the probe after he concluded that no “collusion” took place.  Bondi further opined that Mueller was obligated to inform the FISC once he discovered that the evidence used to obtain the warrants was uncorroborated.