NO PROOF OF DANGEROUS WARMING, DISTORTING THE SCIENCE 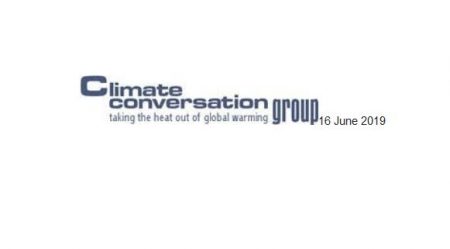 Global warming fear is powered by the belief that we cause it, but the UN now tacitly admit they can’t prove it, after a group of prominent New Zealand sceptics asked the IPCC Secretariat for evidence of dangerous man-made warming and got nothing.

The Secretariat said the evidence could be found in Chapter 8 of the Fifth Assessment Report, but didn’t elaborate. The sceptics invited some senior scientists to review the chapter and they found no proof.

Richard Treadgold, convenor of the Climate Conversation Group, said today, “It is deeply troubling that the UN claim to have proof of warming when they don’t—it defines deceitful. After decades of sermons against fossil fuels, they cannot legitimize global industrial disruption.

“They distort the science. Twelve trillion tonnes of airborne water vapour dominates greenhouse warming, yet water also dominates cooling by melting and evaporating, and the vapour condenses into cooling clouds and rain. Our thermostat is not CO2, it’s water.”

The UN say warming air absorbs more water vapour, which warms it even more. But to enter the air water must evaporate, taking large amounts of energy and providing natural cooling that reverses the initial warming.

Mr Treadgold explained that the UN have no proof that our emissions cause harm, so governments don’t have to control the temperature of the planet and nations can safely flourish with mother nature’s gift of hydrocarbons.

“Appalling forecasts proliferate in the name of the UN, yet predictions of ruinous sea level rise, enormous reparations for climate injustice and the escalating belief in a climate emergency are unfounded—we urge the UN to speak against these things,” he said.